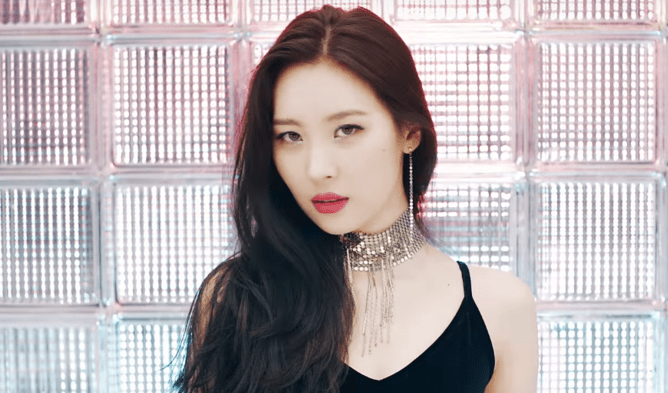 Former Wonder Girls member SunMi, who is currently on her world tour promoting her latest comeback release ‘WARNING’, sat down for an interview with Billboard recently.

You can check out a part of the interview below.

Billboard: You’re one of South Korea’s most popular soloists but you got your start in the Wonder Girls, who also spent some time in the U.S. How have things changed?

SunMi: I can’t believe it. At the time, there was no section of K-pop on Billboard.

Billboard: It’s partially because of the groundwork laid by you and Wonder Girls.

Billboard: What sort of message did you want to share with listeners through last year’s Warning album?

SunMi: The message that I wanted to deliver was to give everyone an individual warning to learn about themselves, about what’s coming, about who they are. I don’t really know my character. I often go up and down, I’m unpredictable. When I was young, I thought that I was limited, but then when I started producing myself I realized, “Oh, I can do this this way.” There were so many more ways to express myself. For example, in my “Gashina” music video, I showed my middle finger. But when I was in an idol group, I couldn’t express myself this way. Now, I can express myself more freely.

Some fans apparently didn’t take it to well when she cited BTS as the main reason for K-Pop’s global success. 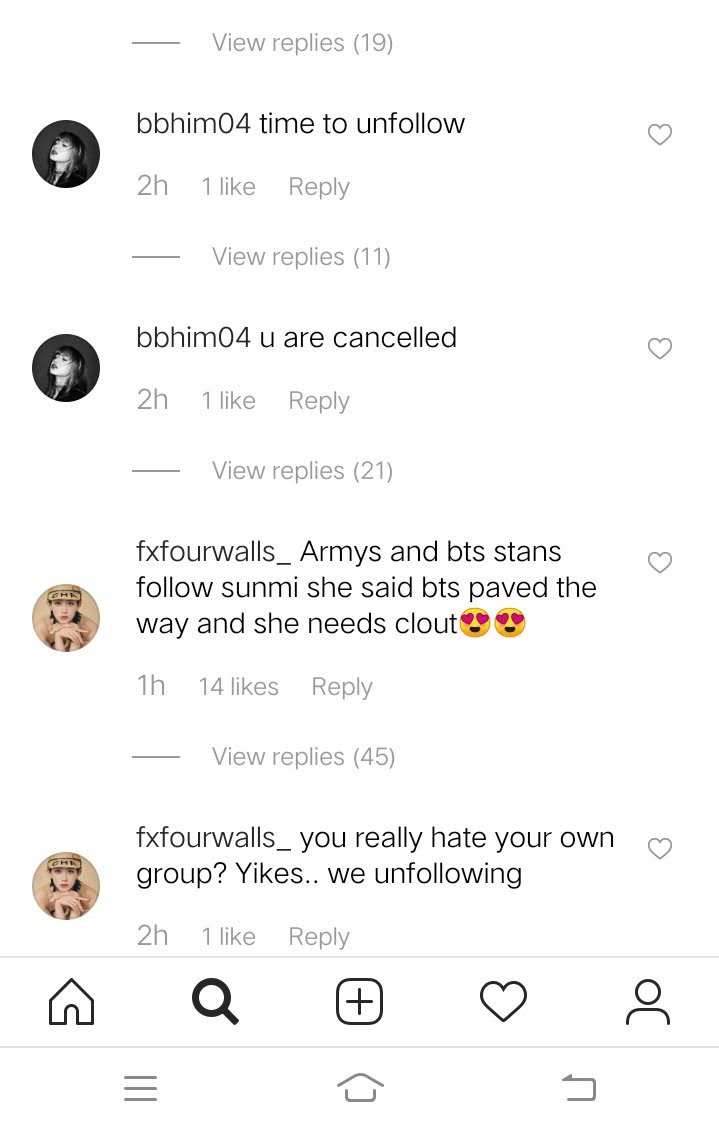 I think Sunmi didn’t understand what the word “groundwork” meant.. she, WG, BoA, PSY, SNSD etc.. all helped in getting K-Pop known in the USA, their popularity led to the K-Pop BB chart being created in the first place, they made the foundation for BTS, BP’s success here..

Do you agree that the second generation K-Pop acts have been more pivotal in K-Pop’s global success? Or do you agree with SunMi and say that it was BTS that made K-Pop what it is today?

As a BTS Stan, I kinda agree with that statement. Although many other
bands are legendary, BTS did shove kpop into the spotlight.

i kinda always expected there to be some kind of “arguments” in the comment sections in these kind of posts, and i just proved myself right ?

Sunmi is absolutely right ! They may not be the only band,but they are the only worldwide known kpop band and the most influential guys ever !!

While this is partially true, they are not the only bands. 2NE1 and Big Bang were the first bands i think. SO they are not the only ones. But these day they’re the main band who you always see on American award shows. There will be mo bands soon to come i guarantee. Ik y’all see NCT on Billboard 😉

All she was saying was the truth

What is this industry coming to…? Other groups may have been introduced to the west and been to the US before, but none have been as successful, or as influential as BTS. She’s still correct regardless of it being her opinion, so I don’t see how anyone could say these things to her.

BTS is the G.O.A.T. They brought a style of music that America was intrested in therefore they are the ones that laid the groundwork. They are popular because of the work they put in to be and stay at the top. Go BTS!!!

I disagree with SunMi this time…

Jesus. Idols could breath and people will criticize them for ¨breathing wrong¨

Sunmi is just a queen who expressed her opinion. Let’s respect that❤

I swear, kpop idols could fucking breath and people would criticize them for it ?