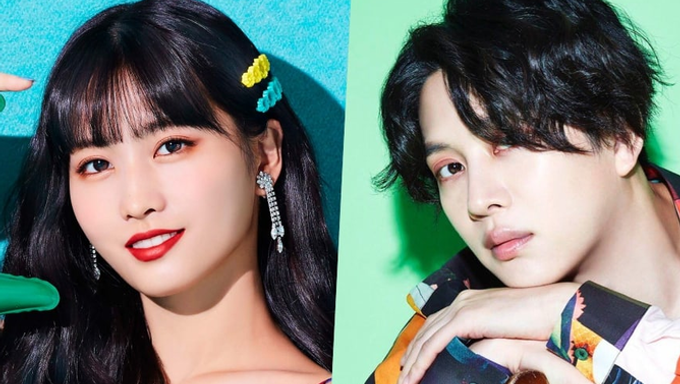 Year after year, news reports of K-Pop idols dating usually surfaces, and 2019 is definitely proving to be no different from the past.

Just recently, rumors of Super Junior member HeeChul, and TWICE member Momo having been in a relationship for two years have surfaced. HeeChul is actually known to be quite close with several female K-Pop idols, but of course, only as friends and colleagues.

Which is why the K-Pop idol's agency Label SJ released an official statement on August 6th, clarifying that the two stars are not in a relationship and are just close as junior seniors in the industry.

JYP Entertainment have also released their official statement denying that HeeChul and Momo are dating, and that the two are good friends.

Meanwhile, according to reports from Xports news, there have also been Japanese netizens throwing unnecessary shade towards HeeChul as they have expressed their discomfort in a South Korean guy being in a relationship with a Japanese woman.

But as Label SJ and JYP Entertainment have stated, the dating news are nothing but rumors.

There you you have it people.

What the hell, he's more than 10 years older than her, people are gross! It's just Heechul, Heechul knows EVERYONE. Useful contact to have.

the age difference doesn't really matter as long as she's legal. there are couples with 14 years difference but still date each other because they both like each other. age doesn't matter when it comes to love, it's only a number. my parents have 12 years difference, and yet still got married and had children. i understand how some may think it's disturbing but if they did really like each other then let them be and don't interfere in their own business.