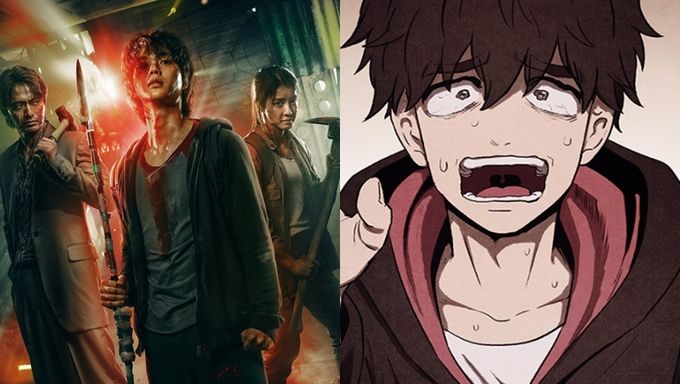 The Netflix Original drama “Sweet Home” is based on a popular thriller-horror webtoon of the same name. It joined the numerous dramas of 2020 based on webtoon. The drama will be violent and bloody and may not be watchable by everyone.

Director Lee EungBok is in charge of the adaptation. He previously worked on “Descendants of the Sun”, “Goblin” and “Mr. Sunshine”. The drama is produced by the Studio Dragon that worked on "Mr. Sunshine", "Arthdal Chronicles", "Hotel del Luna", "Her Private Life" and more. 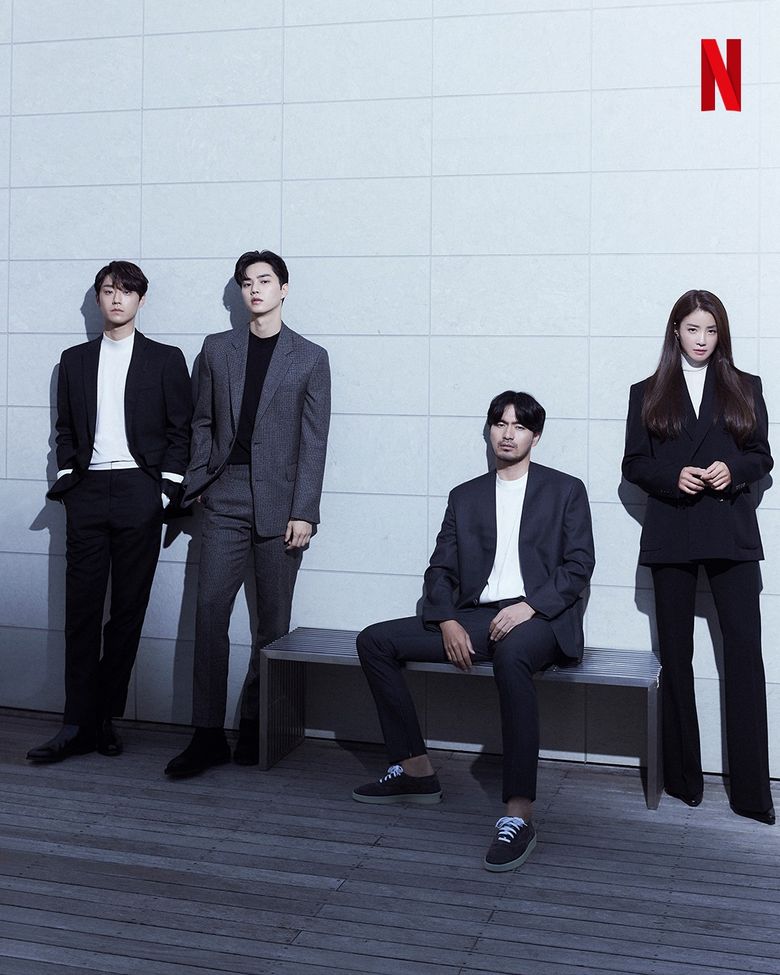 Writer: Hong SoRi, Kim HyungMin, etc based on the story of Carnby Kim and YoungChan Hwang

It tells the story of a loner high school student who lost his family and the bizarre and shocking things that happened to him in his new flat. 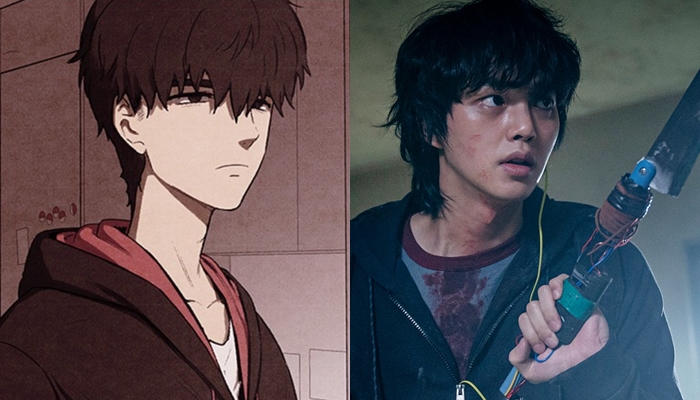 Cha HyunSoo is a loner high school student. He is lost his family and is left all by himself. He moved to a new flat and strange stories happen to him. 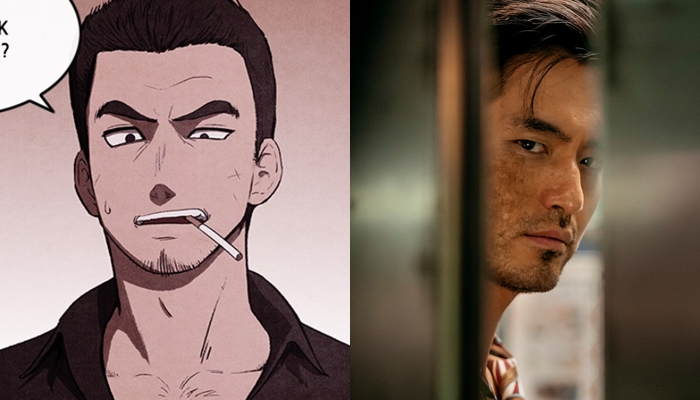 SangWook is a former detective who everyone misunderstands as a gangster. His face is covered by scars and he has a secret past. 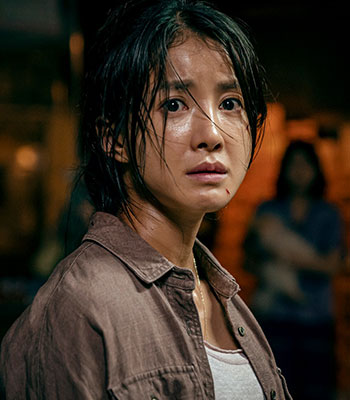 Lee SiYoung as Seo YiKyung [not in the webtoon]

YiKyung is a former fighter from the special forces unit. She has great judgment and great combat skills. 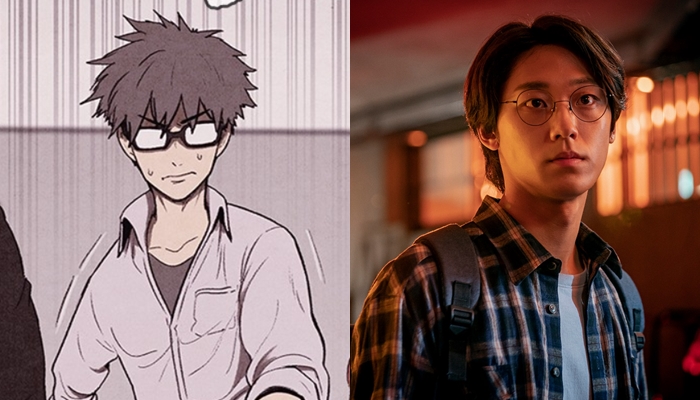 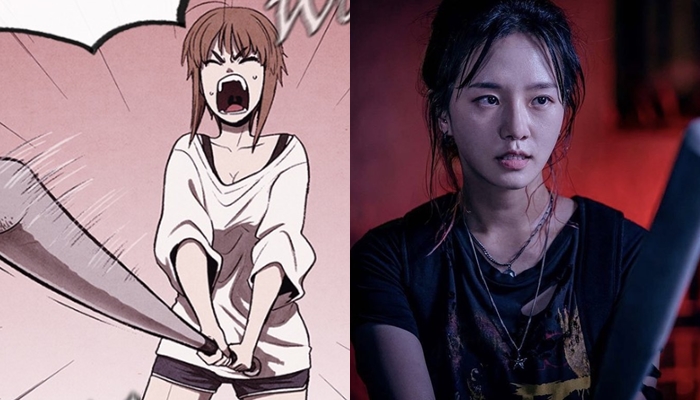 She is 20 years old. She is positive and plays the bass. 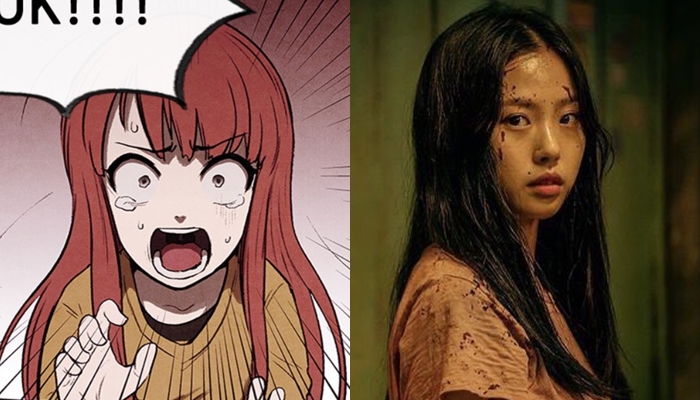 She is the younger sister of Lee EunHyuk. She says everything she wants. 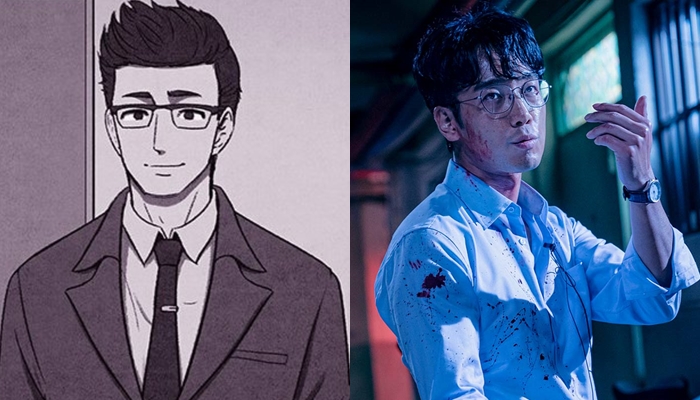 He is a Christian and a professor of Korean Language. 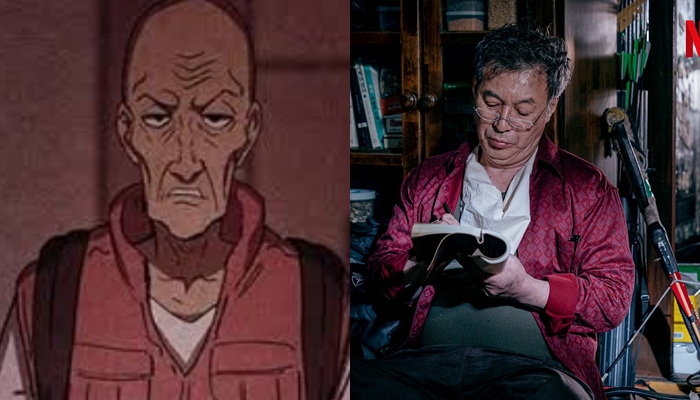 He is a terminally ill patient holding tight on his life. 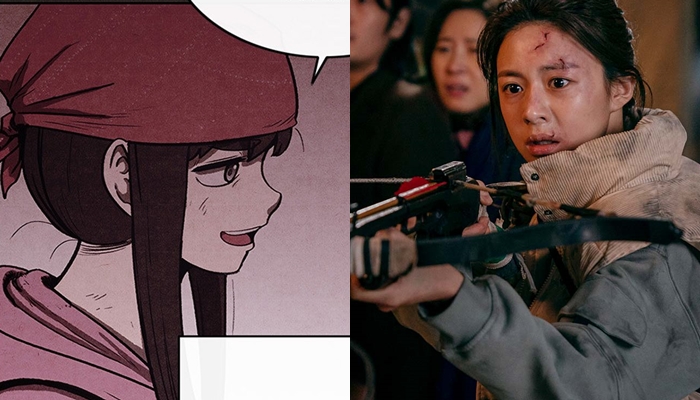 She is taking care of GilSeop. 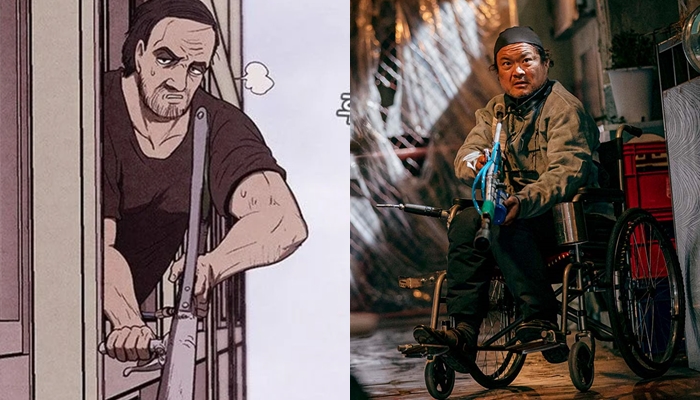 He is a middle-aged man who is talented at making weapons.

Here is the drama official teaser with English subtitles. 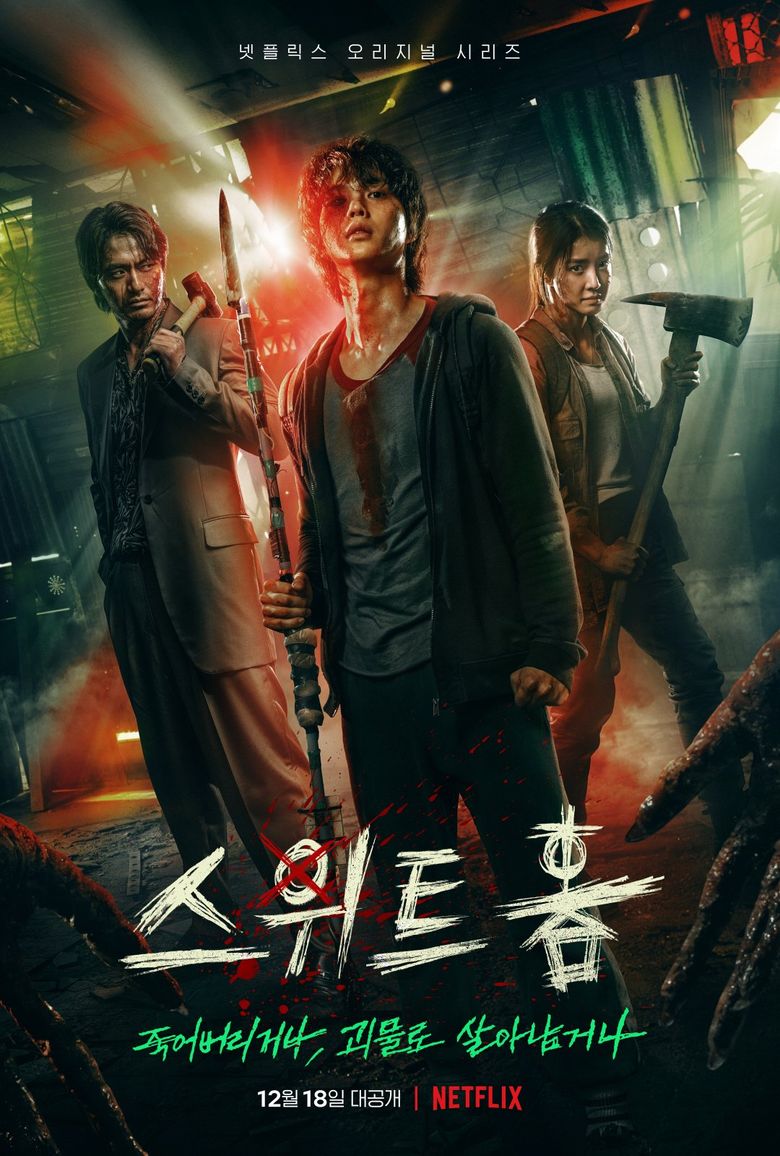 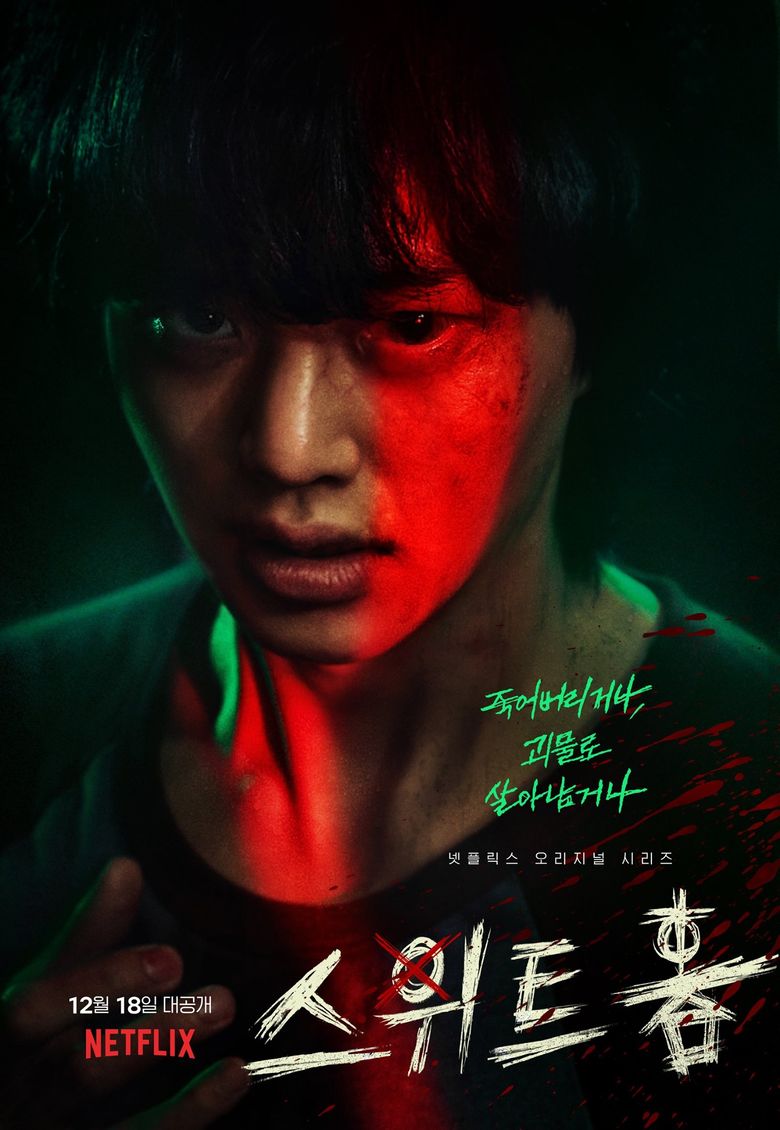 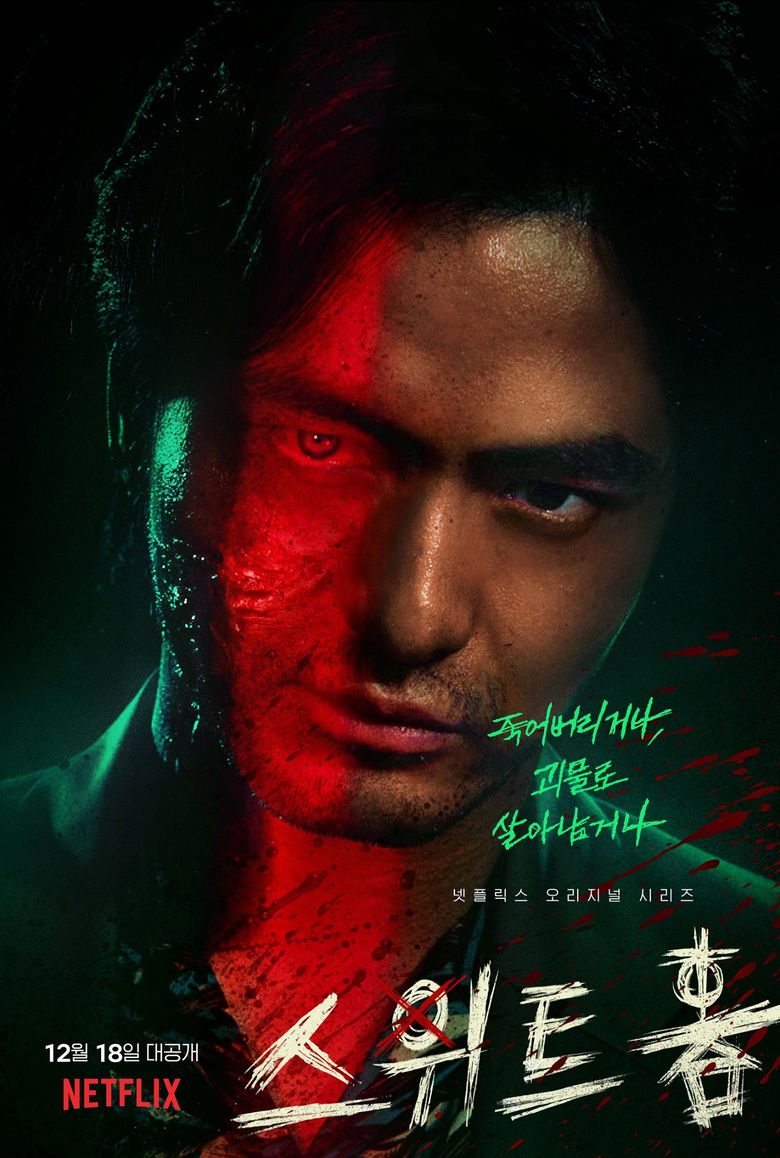 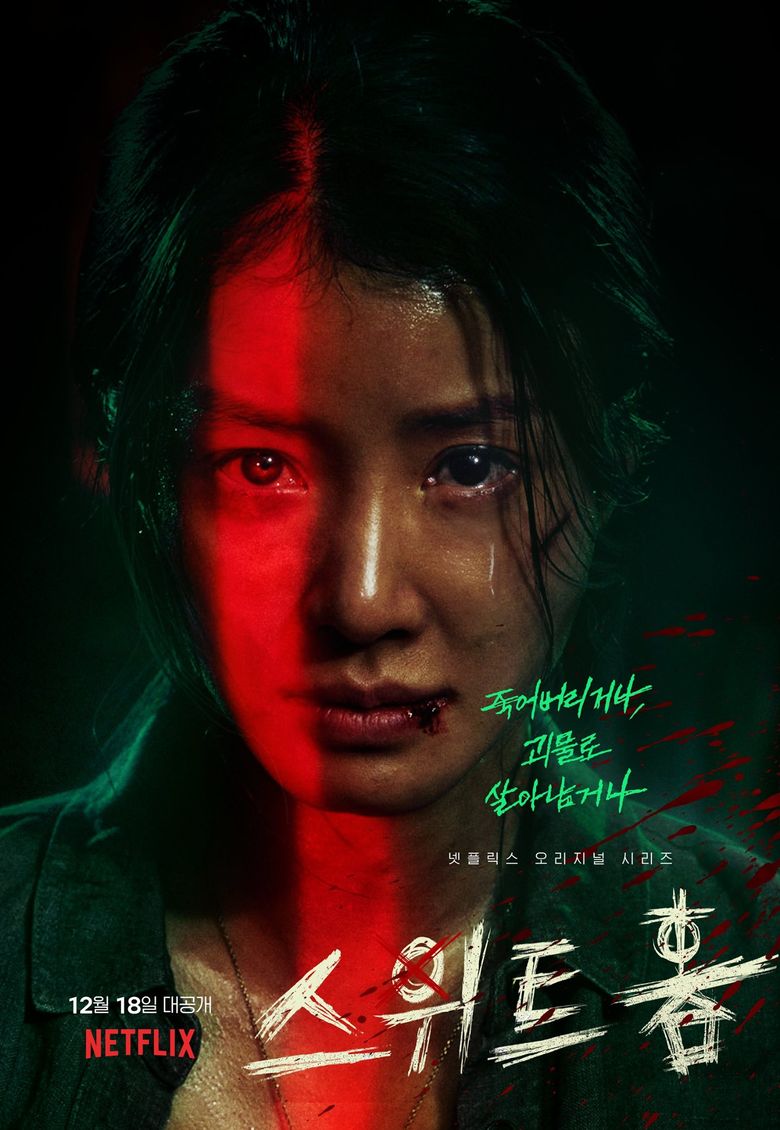 "Sweet Home" by Carnby Kim and YoungChan Hwang is popular in and out of Korea. You can read the webtoon in Korean and in English.

You can check the teaser of the webtoon below in English.

You can have a look at the webtoon below. 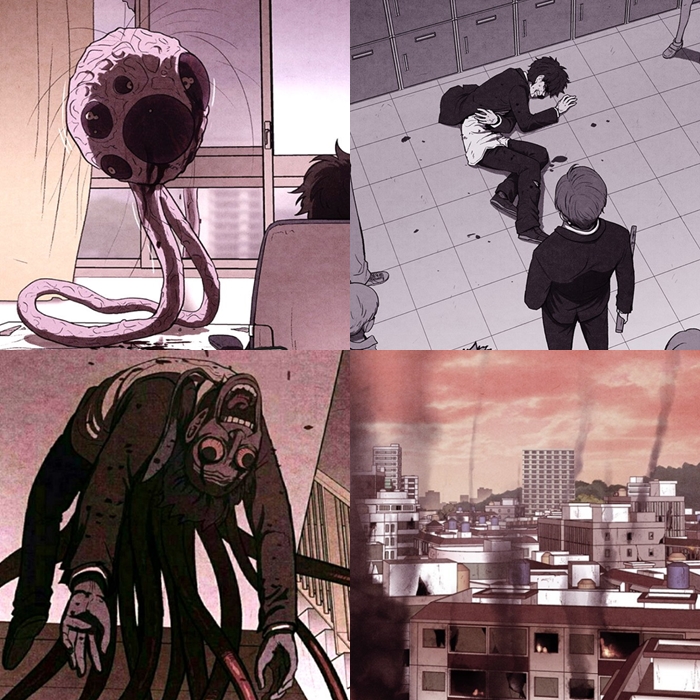 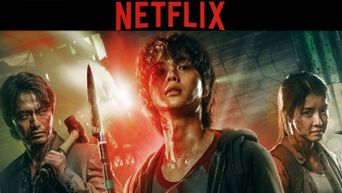 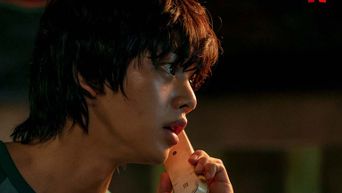 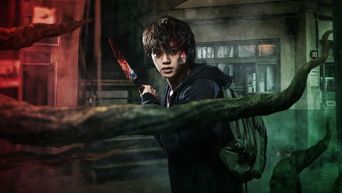 Netflix "Sweet Home" Based On Webtoon Promises To Be Violent & Bloody

Read the webtoon and read a few comments. I’m a stickler for adaptations sticking to the original story so not sure why Lee siyoung or what’s her face was added? Was it necessary? I’m not very fond of her so I won’t be watching it anyways.

The only cringe thing was the Mary Sue Special Forces Firefighter character. The rest of the characters were great.

I read the Webtoon and watched the show, i can say that the show is also very good. Sure that there might be differences between the show and comic but that's fine imo, nothing really disappointing and the plot of the show is great even if its not the same as the webtoon. I recommend you try both, it's up to you if you wanna watch the show first or the webtoon. Either way they are both good! Both gave me the feels even though I already knew what was gonna happen. They also added more humour and extra scenes… Read more »

This is damn good in it's own way. the other comments are negative because they were are at the beginning of the release of the live action. I've been reading the webtoon from its early start and the webtoon really set up my standards too high for anything. But after completing this live action I'm really satisfied.

If you have read the webtoon, you will be thoroughly dissapointed by how different the storyline is. I have not been this mad at an adaptation since Avatar the Last Airbender. Take that as you will.

Not really worth it if you've read the manhwa/webtoon. You'll be disappointed because it leaves out some important details and the story isn't the same. Else, as a show in itself (without comparing to the webtoon which is a masterpiece in every sense ) is good.

Not really what I imagined, honestly really annoying to watch because it doesn’t stick to the original WEBTOON plot. They also kill Jisoo which was really upsetting and changed the entire ending to likely milk the k-drama.

They didn't kill Jisoo though? What are you talking about

the webtoon story is better, it was tearjerking unlike on the adaptation, the hyun su killing eun hyuk is so sad because eunhyuk need to protect everyone while hyun su cant control becoming a full monster. at the same time on webtoon the real enemies were almost monsters and there were full of monsters everywhere, and why the hell the soldiers were kinda bad guys at the adaptation. They also ruined the another special infectee person he was supposed to be a good guy at the same time the hyuk's sister attitude is annoying and why did they make her… Read more »

I just finish the webtoon and yeahh didnt like how Jisu character was change in the series, and that bitchy girl Eun which character is not supposedly highlighted and not the love interest of hyun su. It’s so annoying I hope at least they won’t end up together.

Why did you spoil you donut

I'm only on episode three and I've loved the show so far. The CGI is not the best, but I love the way it sticks with the story and timeline of the original webtoon. The characters are exactly how I'd imagined and even the new characters are very entertaining.

okaii so its 5 in the morning the release is today, i read the webtoons 6 times now, and i absolutly cant wait😌

Hold tight. Let's hope you are not disappointed...

And they were disappointed.

i was literally confused when i saw the trailer cause i don't remember lee siyoung's character in the webtoon.. i hope this doesn't overshadow our main character

im kinda curious about how this is gonna turn out i hope its gonna be good lol i just well i mean earlier finished the manhua sweethome amd the end just had me </3 :,)

AHHHHHHHHHHHH i just finished the Webtoon and I literally CANNOT wait

i fear the inevitably terrible cgi

It will be fine, knowing netflix it won't be terrible cgi

netflix spend quiet a lot of money for this adaptation to the point that this will be the most expensive adaptation series in for netflix. let's wait and see

It would be cool to see it as an anime adaption

Only if MAPPA made it.

Especially if it was directed by Junji Ito's Director

Hello, thank you for your comment. There is still no official date for the release. We will update, stay tuned.

So excited for this can't wait for the official start date to be released. Love the webtoon so much