Swift Action Of NCT’s Bodyguard In The Airport Impresses Netizens 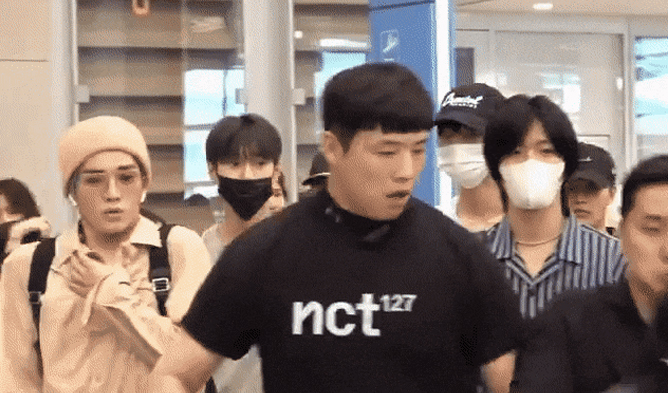 One of the dangerous situations that happens to K-Pop idols is during the time in airports due to the large amount of fans who will be waiting to catch a glimpse of them. Fans would either get too close to the idols or they will chase after them just to take photos.

Recently, a gif of the bodyguard of NCT  had trended online and caused many netizens to gasp.

NCT was seen walking in the airport and all of a sudden, a fan quickly made her way towards the members.

However, the bodyguard was able to stop her thanks to his quick reflex!

Member TaeYong was shocked by the situation and even other members such as Yuta had also stopped in their tracks.

Seeing the gif, many netizens left comments online about the safety of the idols.

Some said that it could be really dangerous if the person was holding something sharp like a knife. Others also said that the bodyguard did a great job in protecting the idols.

Read More : Top 4 Items That You Would Want To Buy From The Official SMTOWN Store

This is a very catch 22 moment as he does a great job of stopping them but others might say(not me) that the way they were stopped was a little rough..