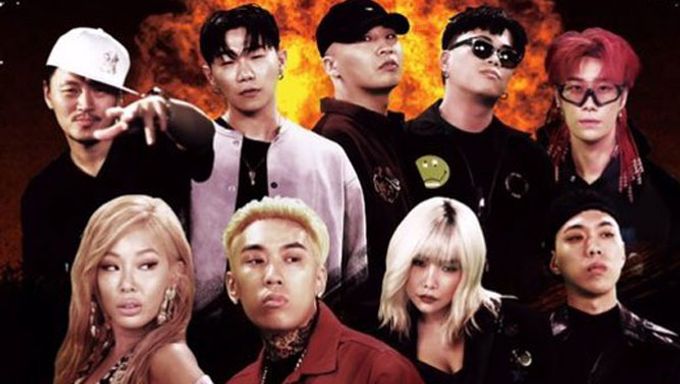 This show has top Korean and international hip-hop artists. Seven well-known artists are competing against each other throughout the live episodes. The winner of the show will get to collaborate with the worldwide known artist DJ Khaled and get the chance to enter the famous Billboard Music Chart.

The show announced 10 episodes to decide the winner. The show promises many high-level hip-hop battles.

A survival program with a lineup of well-known artists that aim to occupy Billboard charts.

Singer and famous entertainer. He is part of "Running Man".

He is not only a rapper but also an actor and entertainer. He received the awards of Korea Arts and Culture for Hip-Hop in 2018.

He is Korea no.1 rap star. He is also the CEO of two labels.

A unique female rapper well-known for her straightforwardness.

A girl-crush rapper. She won "Unpretty Rapstar" in 2015 and is well-known from the Korean public.

A rap genius with a unique punchline and good rhyme. He does not only do rap but also pop and other genres.

Read More : Jessi Reported To Have Signed With PSY’s Agency