The 5 Most Powerful Pitchers in Korean Baseball History 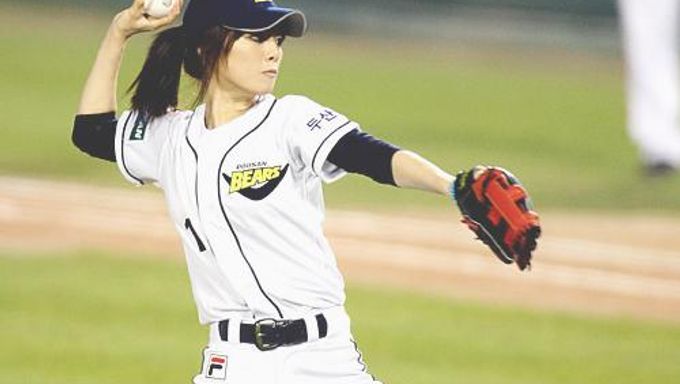 Some idols made headlines for their ceremonial pitch during the Korean professional baseball season.

The ceremonial first pitch has now become more of a marketing opportunity for both the teams and the celebrities. For celebs, throwing the first pitch puts you on the map as a major star, while for the teams, it is a chance to create another channel to attract more fans to their games. As for 2015, so far there have been a lot of celebrity first pitches. However, today we’re going to look at the 5 most remarkable cases. Some of celebrities throw out maybe the best celebrity first pitche of all time. We have Yuri and the top 5 best ever. Check out all the best celebrity pitchers making the first ceremonial pitch at baseball matches in the Korea.

What makes them “remarkable"? Well, there are a number of factors, but it basically comes down to one or more of these five things:

1. how famous they are

2. how attractive they are

3. how well they did

4. how poorly they did

5. how ideally they wore

1. With smartly dressed, she threw a fastball in a Doosan Bears game. Hongdro, Hong as in "Hong Soo Ah" and "Dro" named after a professional pitcher, became the beginning of the conceptual pitch.

She gained the nickname “BK Yuri” after she threw an impressive underhand opening pitch during a game between the Doosan Bears and KIA Tigers.

Its the second time for her to throw the first pitch, she showed off her perfect pitch more accurate than most.