The 6 Most Captivating Idol Boys With Deerlike Eyes 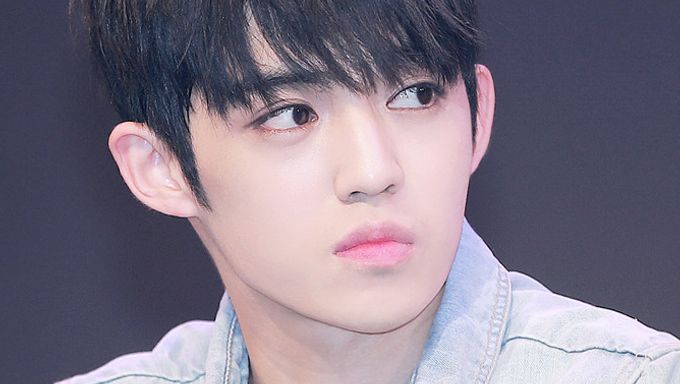 Who has the most captivating eyes in K-Pop?

Amidst the celebrity stardom and wholesome image are some of K-Pop’s most beautiful people with one can’t miss attribute: their eyes! Some say the eyes are the window to the soul. And I cannot agree more. It's one of the first things that most of us notice about another person- and these guys have stunning sets.  Not everyone, there is something about a man's eyes that make women go absolutely nuts. The eyes are arguably the most noticeable and beautiful part of the face, and men with a great pair of eyes are easy to swoon over. List of the best eyes on K-Pop stars, ranked by appreciative fans. This list includes many of the hottest famous idol guys with the prettiest eyes in the K-Pop world. They all had bewitching big eyes with lashes so long they were almost feminine.

So who has the best bambi-like set of eyes in K-Pop? You be the judge!

If you don't see your favorite celebrity with great eyes on the list, be sure to add any that are missing from the list.

JinWoo is just so demure and pretty with the most endearing smile and captivating eyes don't you think?

He has the kind of dreamy, romantic eyes that are perfect for his smart looks.

LuHan has the most amazing honey soaked eyes. Simply dazzling!

He is also regularly cited as being among the most attractive men in the K-Pop world, with one of his features often attracting special praise - his deep brown eyes.

The rookie boy is considered one of the sensational vocalists, with a unique androgynous appearance, charming smile and visually striking mismatched eyes.

MinHo, with his big, beautiful deep brown eyes and good-looking appearance, attracted people all over the K-Pop world, but he had much more important and serious things inside his heart.

He is the epitome of all that is gorgeous! And while I agree that his lips are probably his best asset, his penetrating eyes are something else.

What about Jungkook from BTS?

Jungkook hasn't eyes like a deer, he is clearly a bunny like person so he doesn't fit here

That’s exactly what I was thinking

What about got7 Jr??? Especially when he's performing (specifically fly) his eyes sparkle mysteriously when he's looking at the camera xx xx <3 <3 <3

Luhan shoulda been #1 because he is THE deer. Then SCoups and so on ^^