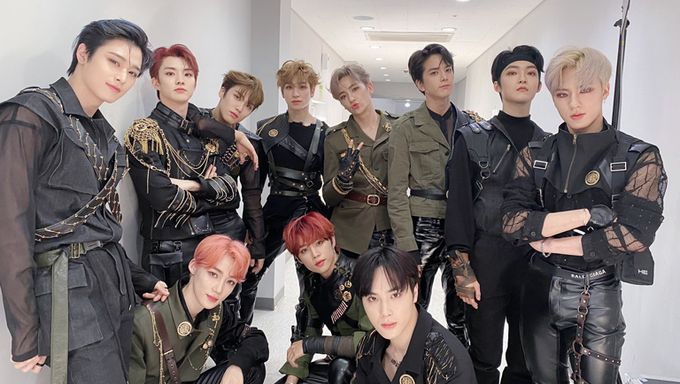 On May 21, the latest episode of Mnet "Road To Kingdom" was aired and once again it looked like THE BOYZhad grabbed the attention of the viewers. Previously, SHINEE's TaeMin had also praised their cover of his song 'Danger'.

In the 2nd round of evaluation, all the 6 groups had to perform to their song and THE BOYZ made a new version of their track 'REVEAL'.

If you did not listen to the original version before, you can take a look at their music video below.

They had made a new version with the title 'REVEAL (Catching Fire)' and you can check out the astonishing performance below.

Many could tell that THE BOYZ had invested a lot in the performance as they had used numerous props, hired many dancers and so on.

The moment when two members of the group had stepped on the flags had also caused many viewers to gasp as it was a move that required a lot of practice and effort.

Some also pointed out that they liked how THE BOYZ had continued the storyline from the performance of their 1st evaluation. Many were also amazed by how talented that all of them and hoped that they would continue to shine.

Were you also stunned by how majestic the performance was?

i hope you guys included the boyz in your quizzes also

Well i thought that the boyz road to kingdom all the performances were great and Kevin and Jacob are the moonbae and sunwoo and Eric are suneric.

Honestly, I Didn't Knew That Well About The Boyz Because I Recently got Into K-Pop But After Watching Them On Road To Kingdom I Now Completely Stan Them. I Mean They're Soo Underrated. I Hope They Get More Attention After Appearing On RTK. Because They're Just Good At Everything Not To Mention They're A Group Of Visuals. I'm Still Getting To Know About Them.