The Hilarious Situation Where Kai Cried Like A Baby & D.O Laughed Happily 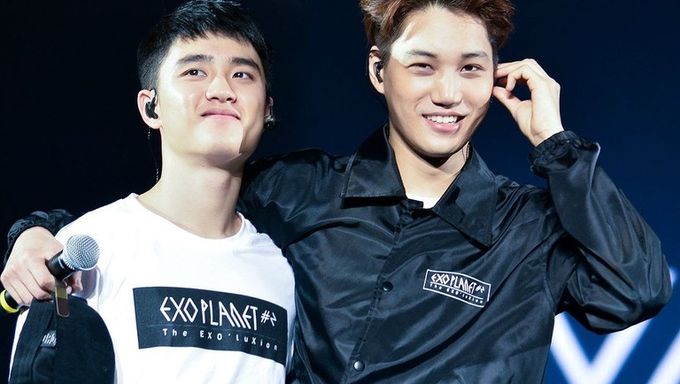 SM Entertainment boy group EXO have had quite a lot of memorable moments on stage.

One of them was when group member Kai suddenly broke down in tears and D.O was seen laughing during the moment as well.

Well, for starters, no D.O was not laughing at Kai out of spite and making fun of him for crying. No absolutely not. As many EXO-L’s may be aware, Kai is quite the perfectionist when it comes to performances, as he gives it not just 100% but 110% when it comes to practicing and delivering performances for fans. Yes, he takes it that seriously and has such admirable professionalism when it comes to honing his craft. This is also the reason why he is considered to be one of the most talented dancers in the entire K-Pop industry, having earned the recognition and respect from his peers and professionals.

Why did Kai break down during this time?

Well, it turns out that he made a small mistake during a performance, one which no one noticed. Not the audience, and not even the EXO members as well.

Kai, of course, who takes his craft seriously, began crying after making that small astronomically tiny mistake. Fans also chanted that it was okay and tried to comfort him saying that he did nothing except perform wonderfully.

And through out this time, D.O teased Kai for being a baby, as you can see him laughing his heart out and comforting Kai at the same time through the clips below.

Kai recently released ‘Mmmh’, which has not just great music, but a matching amazing MV to go with it as well. And some of the outfits that you can see in the MV are quite interesting as well.