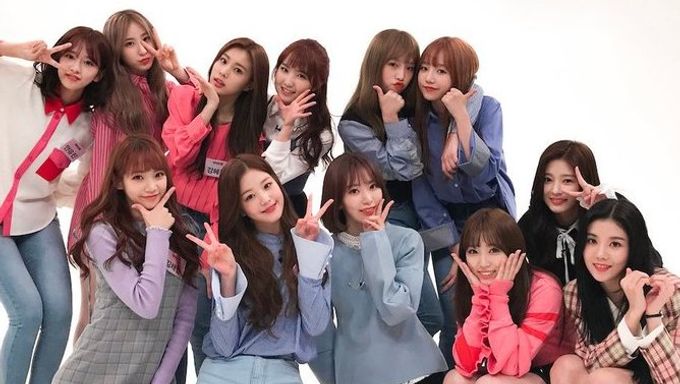 The center position of any girl group is one that is highly sought after by K-Pop idols.

Center positioned idols symbolize leadership, charisma, and in most cases the most beautiful visuals. So it's no wonder that Jang WonYoung is the current center position of girl group IZ*ONE.

But also at the same time, we have to ask ourselves, aren't all the members of IZ*ONE beautiful? They sure are and each possess their individual strengths that complement other members' as well. They all seem to have qualities of a center position so it must have been a dilemma for the judges of Produce 48 when it came to choosing which one of them would end up standing in the center.

Pretty much the entire group pointed to Kim MinJoo, while Kim MinJoo herself pointed towards Jang WonYoung.

Do you agree with the IZ*ONE members in their opinion stating Kim MinJoo should be the center of IZ*ONE?

She actually was supposed to be their center, but she said she didn't want to be the center. A lot of people are actually convincing Minju to be more confident.

wow so beautiful and good at dancing group

my idol is theone 🙂 hehehe

I watched the interview and as far as I can understand they asked who they believe deserves to be "VISUAL CENTER" not just center of the group. That's why the members pointed Minjoo. Anyway Minjoo is indeed their visual. They also asked Vocal Center (Yuri) and Dance Center (Chaeyeon). Wonyoung deserves to be center

Can someone link the interview please?

Hello, you can have a preview look at the interview here

Wonyoung's a bit too young to be center imo