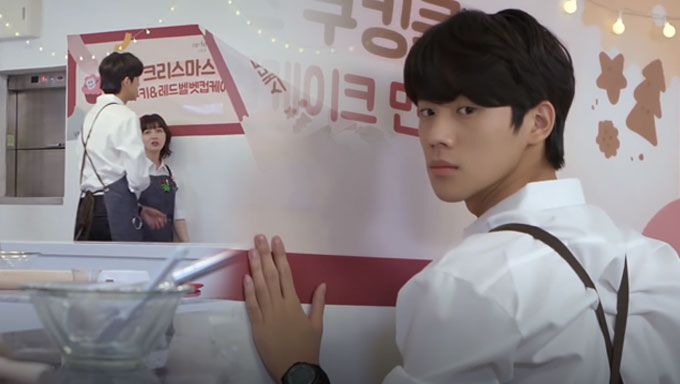 In the selected scene, Moon GeunYoung and Kim SeonHo were sleeping together at work for night duties separated by a curtain. He asked for her answer concerning his confession he had done a while ago. She answered, "yes [let's date]".

Then he said, "Today is our first day, then?!". To her approval, he was so overly happy that he opened the curtain and kept smiling at her. In the awkward situation, he just closed back the curtain after saying "goodnight".

He later slid his under the curtain to grabs hands. 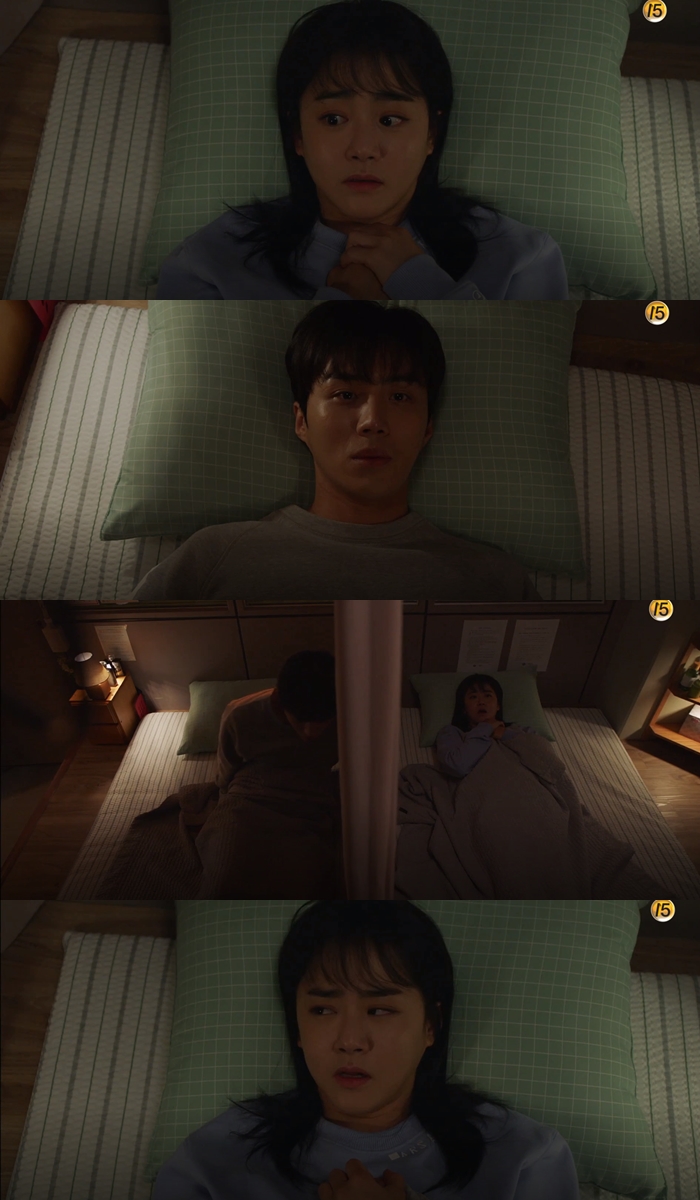 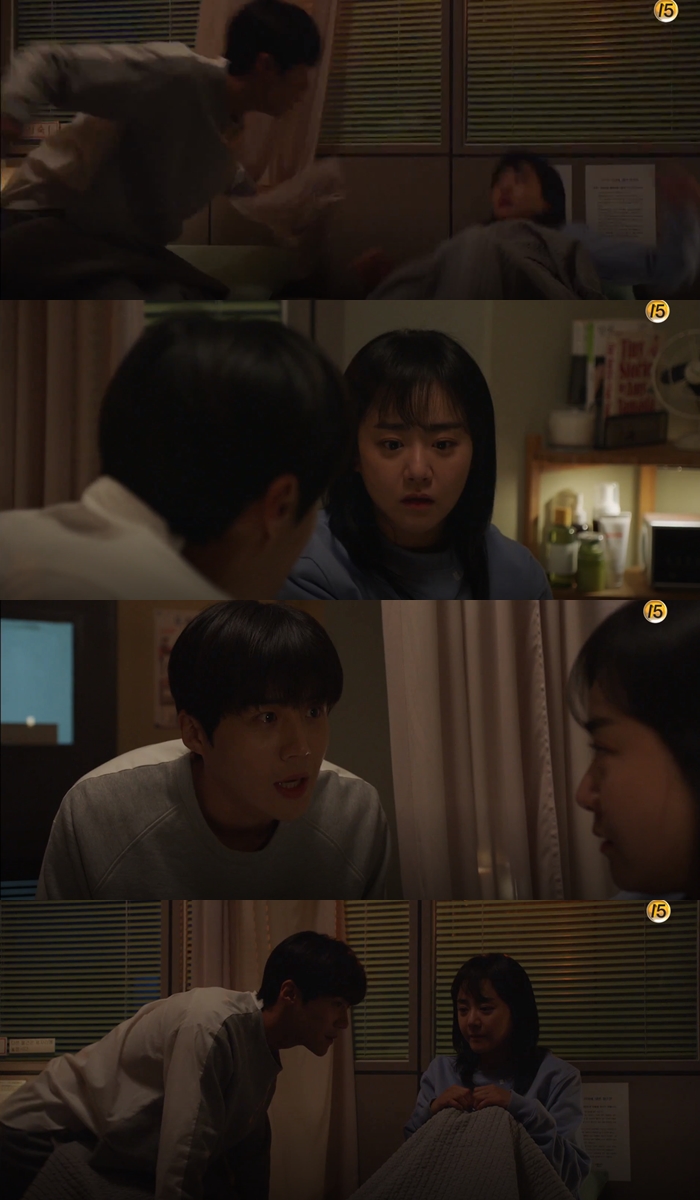 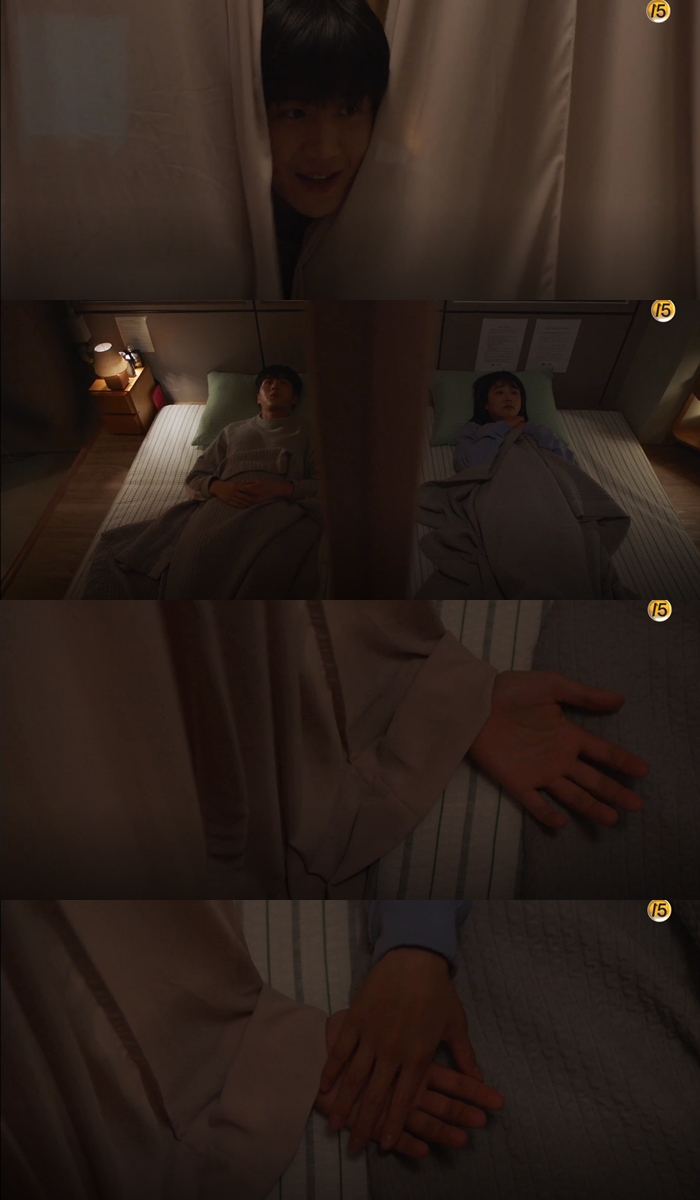 Oh YeonSeo and Ahn JaeHyun's relationship is full of misunderstandings. Oh YeonSeo thinks that he is asking her out to be his fake girlfriend to hide that he is gay. While he thinks that she does not want to date him because she likes his friend.

In the selected scene, Oh YeonSeo changed her mind after he confessed and decided to accept his dating offer to help him out. Ahn JaeHyun was truly happy about her accepting his feelings instead of the man she -supposedly- likes, he said: "This really kills my pride but I think I'm going to die of happiness".

He hugged her out of happiness. Ahn JaeHyun's love seemed to be so genuine that the scene was touching. However, when will they realize what the other is really thinking? 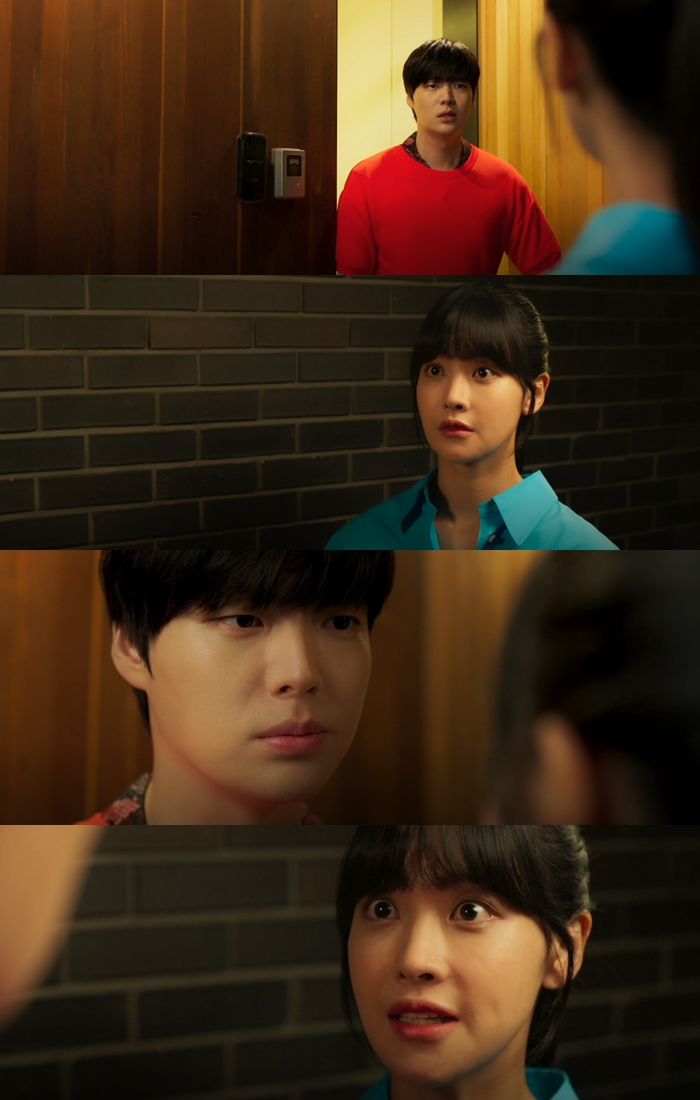 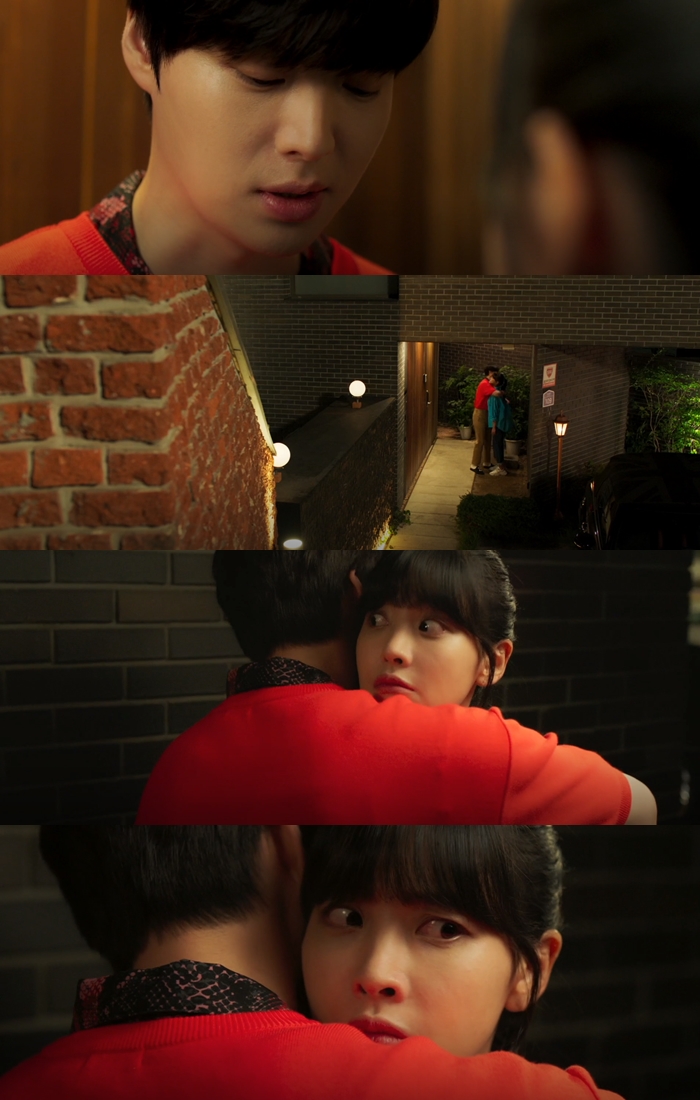 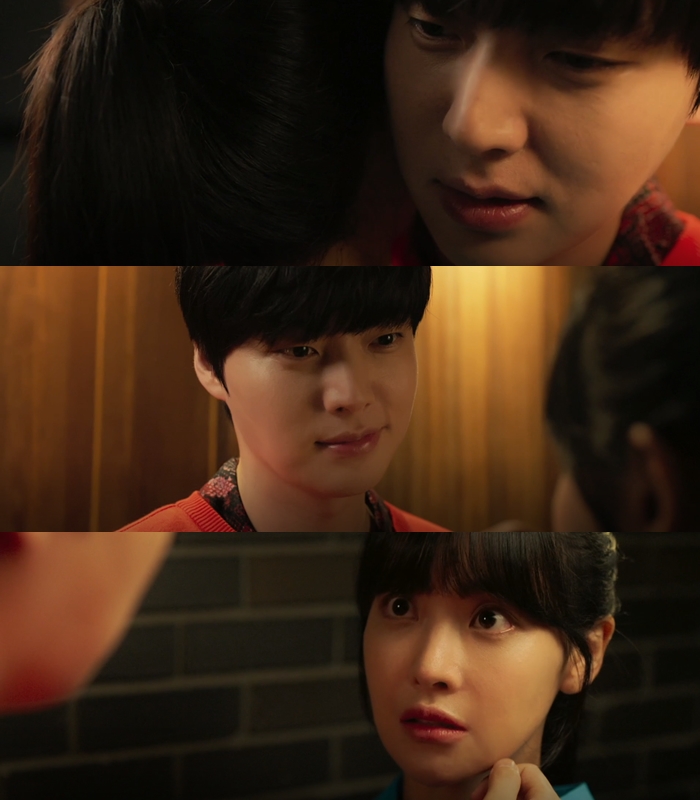 In the web drama "4 Reasons Why I Hate Christmas", Mun SangMin and Park ShiAn are yet to be interested in each other but it seems like the beginning of their romance.

In the selected scene, Park ShiAn was working part-time at the same cafe as flower boy Mun SangMin to keep the promise she made to him. There was a huge banner to pin and she was struggling with it because it was too high.

He said, "I told you I'll do it, step aside" and easily pinned the banner with his tall height. 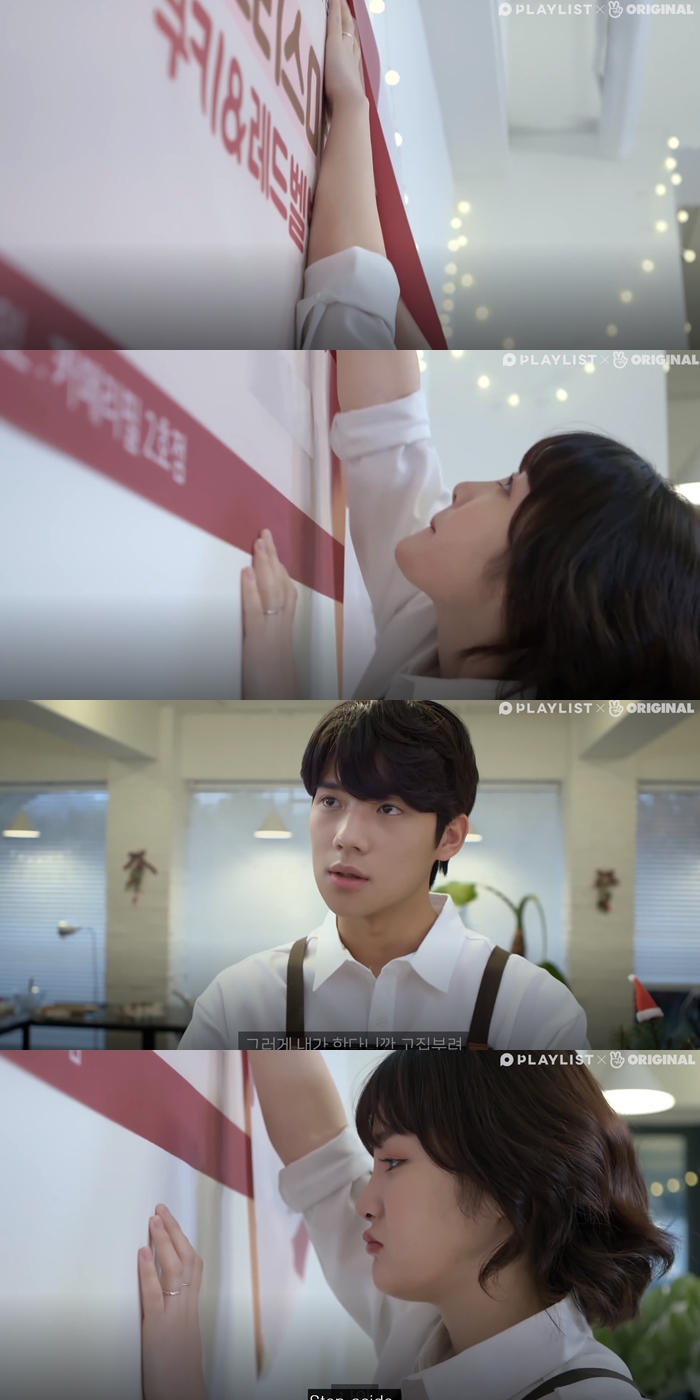 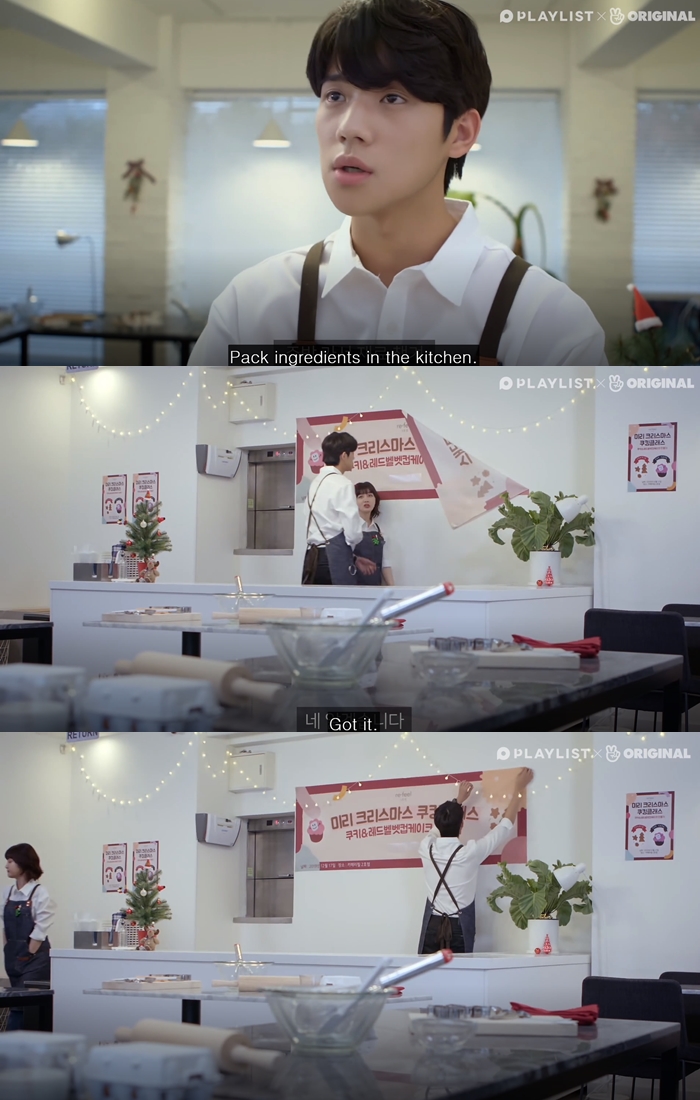 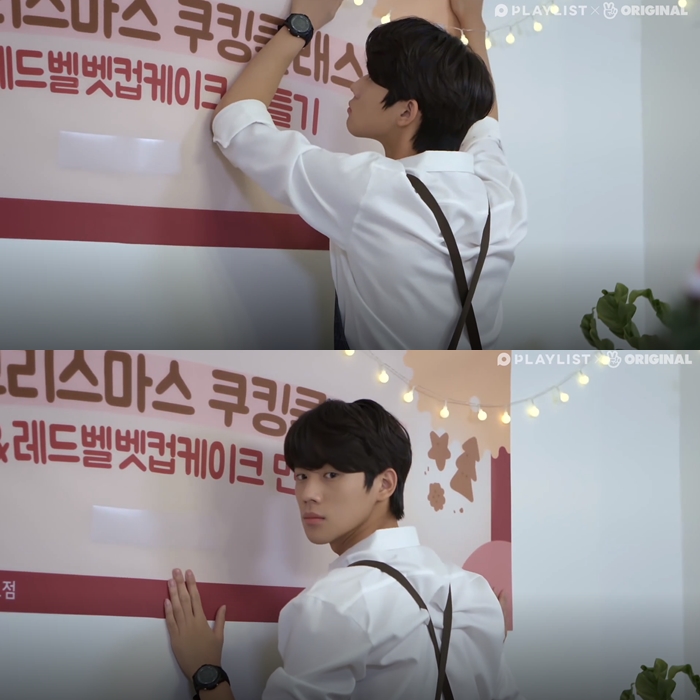 Thank you for following the "Make You Fall in Love" series every week. We will have a short break and start again on Jan. 3 with more exciting scenes. Stay tuned and see you then!

L am a Korean who loves k drama

this guy look so handsome :ooo need to check that web drama hahaha