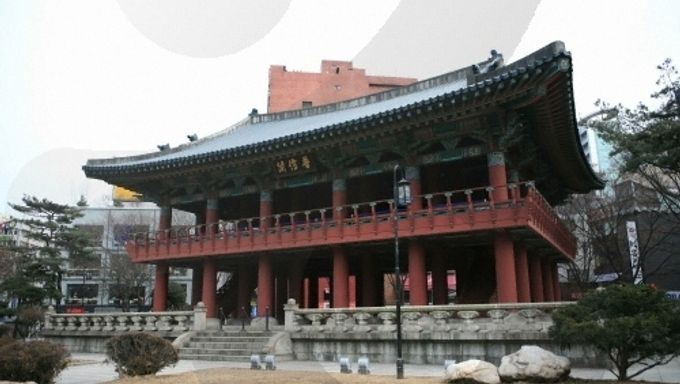 Bosingak Belfry was used during the Joseon Dynasty to keep the time. The bell would ring 33 times at 4 AM, signaling the start of the day and the opening of the city gates. At 10 PM, the bell would ring 28 and the gates would close for the night. The bell was originally located at Wongaksa Temple in 1468, in the 13th year of King Sejo, but was moved to its current location in 1619. The bell has high cultural value due to the exact year of construction being known, allowing historians to more accurately date artifacts from the same time period. The original bell, National Treasure No. 2, is preserved in the National Museum of Korea.

Tourists to Jongno-gu and locals alike can enjoy a living history through the bell-ringing ceremony that takes place for one hour every day (excluding Mondays), starting at 11:20. In addition, Bosingak Belfry is location of Korea's very own "ball drop ceremony" on December 31. On this day, the streets surrounding the belfry are closed to traffic and people gather to ring in the New Year with the striking of the bell. 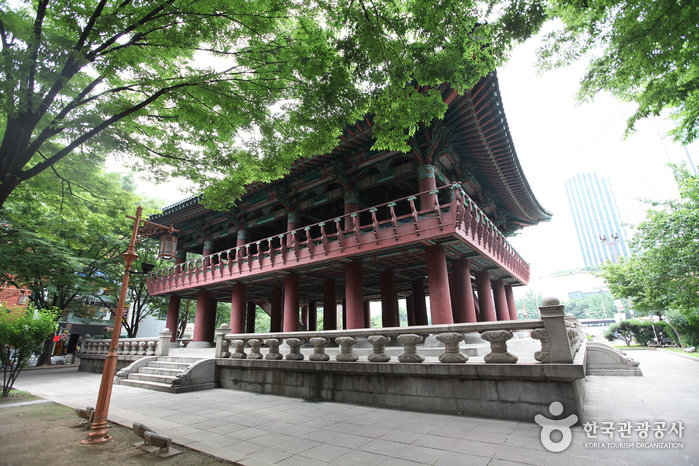 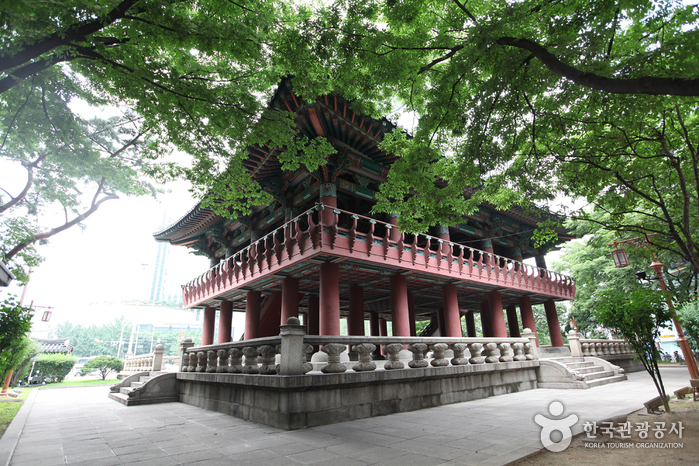 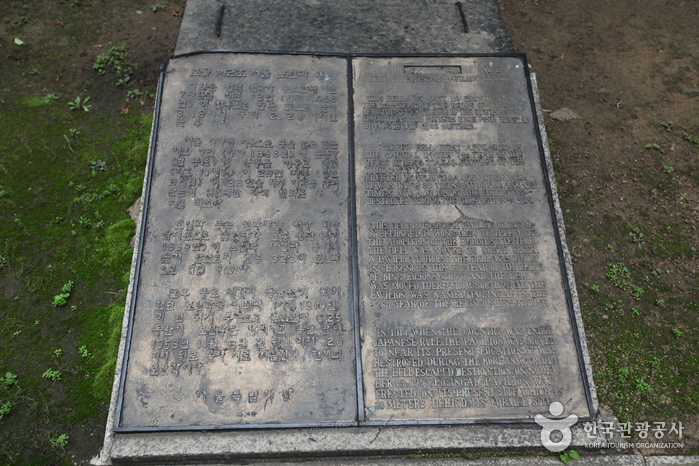 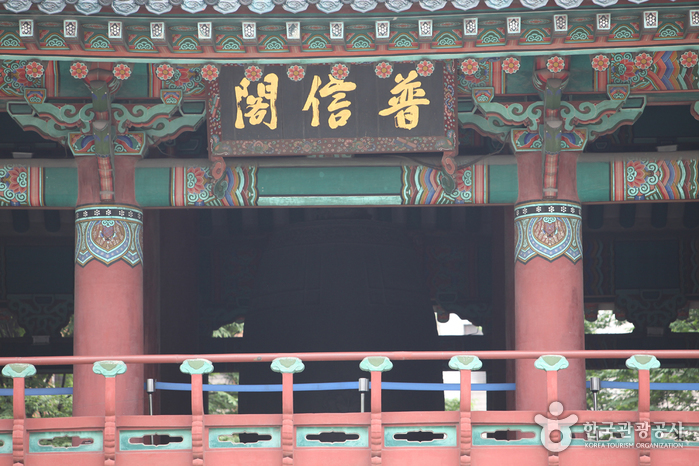 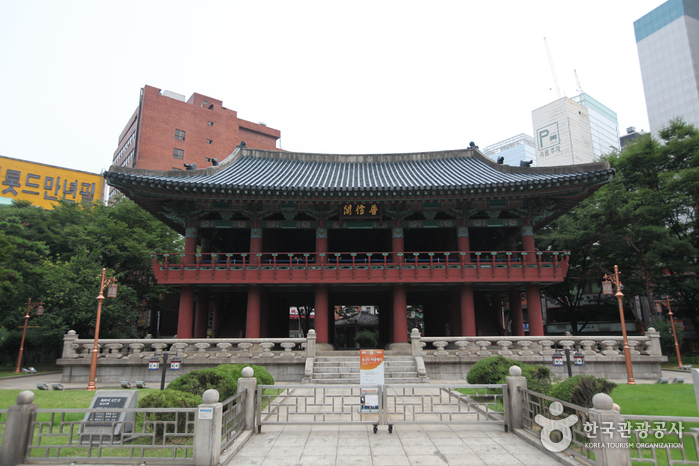 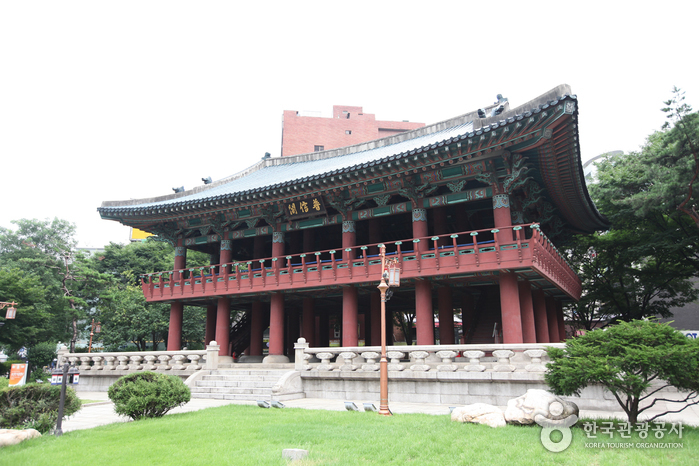 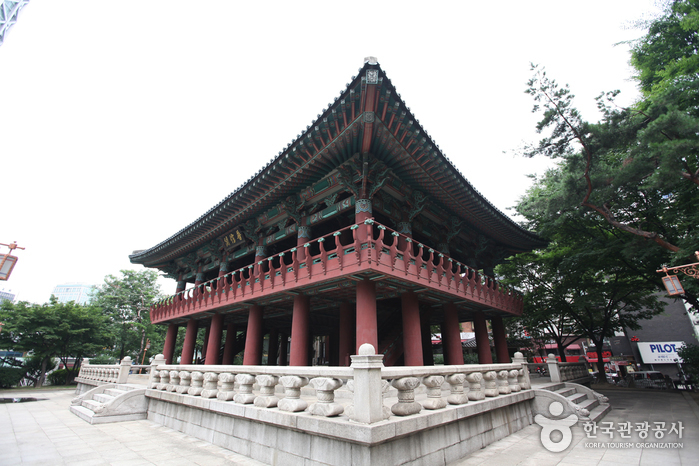 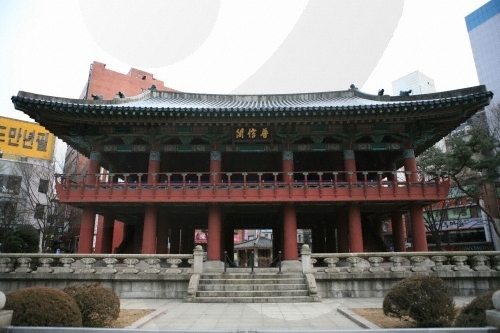 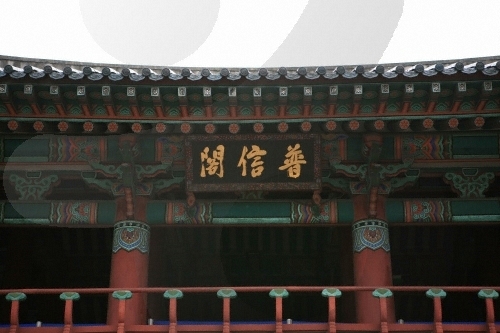