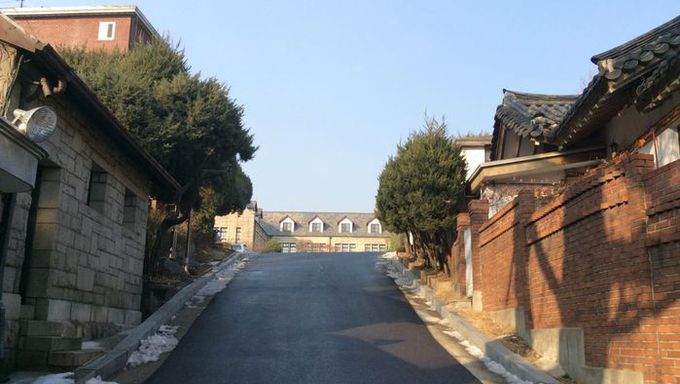 Choong Ang High School is located in Jong-ro near Samcheongdong-gil. It was built to educate the public at the beginning of the 20th century. The school’s main building was reconstructed in 1937 after the original two-story brick house was destroyed in 1934. The main building situated in front of the main gate is a two-story H-shaped granite stone building in Gothic style, with a four-story tower in the middle.

The school holds historical significance because it was designed by Park Dong Jin, one of Korea's first modern architects and the designer of Korea University’s main building, library, and the Chosun Ilbo Newspaper Company building. The main building of Choong Ang High School is designated as Historic Site No. 281. Many national leaders were educated at the gothic building during the grim period when Korea was trying to escape Japanese colonial rule.