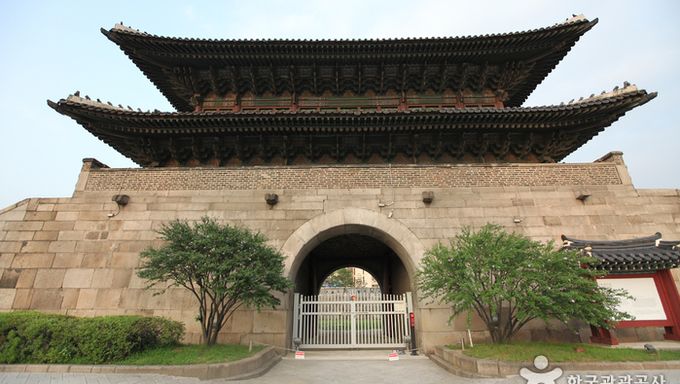 Heunginjimun Gate was built to protect Hanseongbu, which historically housed important government facilities. Heunginjimun Gate was the gate on the east side of the outer wall of Seoul Fortress among eight gates. It is referred to as Dongdaemun Gate as well. The gate was constructed during King Taejo’s 5th year in 1396, remodeled during the reign of King Danjong in 1453 and was newly built in 1869 during the sixth year of King Gojong’s reign in 1869.

The gate features a hipped roof which has five front compartments and two side compartments on a two-storied building. The thin and weak bracket system supports the eaves and is excessively decorated, reflecting the construction features of the late Joseon period. Also, outside of the fortress is the half-circle shaped Ongseong, a small wall, to protect the gate.

One of the unique factors of Heunginjimun Gate is that it is the only gate among Seoul’s eight to have Ongseong, further exhibiting the style of construction used during the late Joseon period as well. 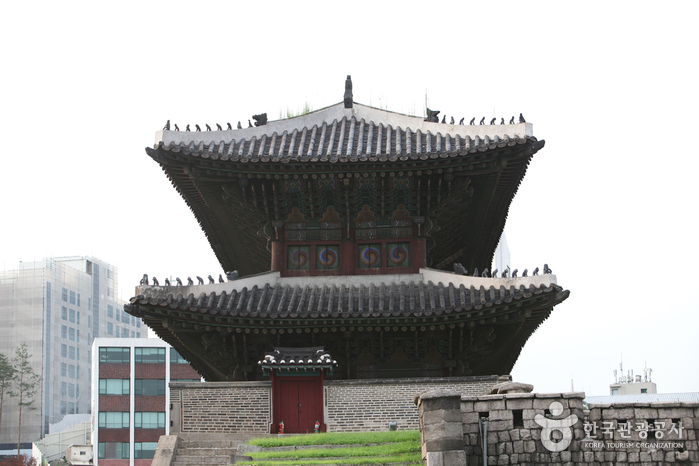 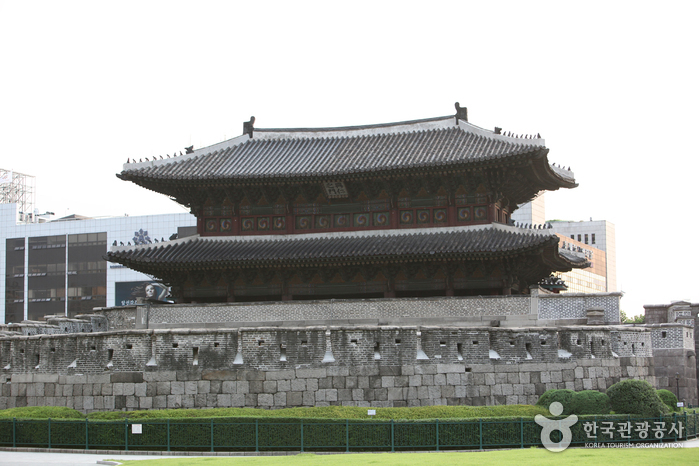 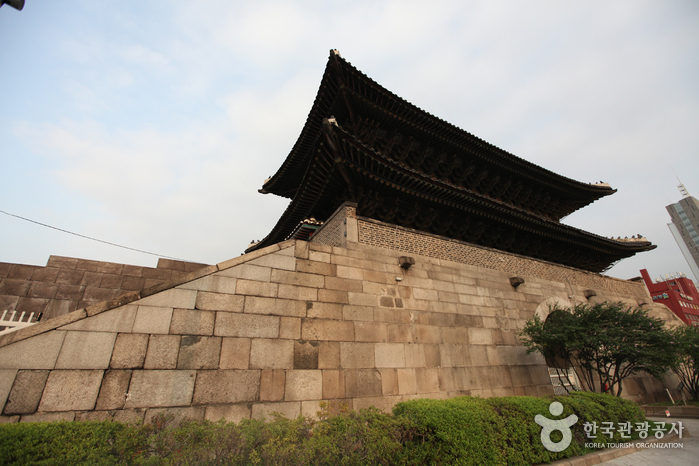 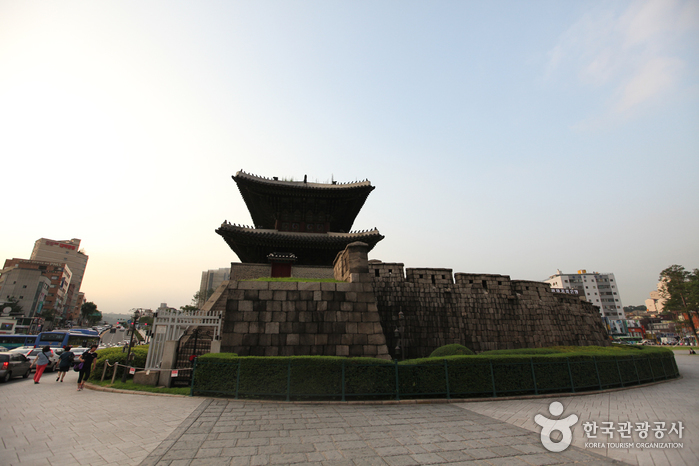 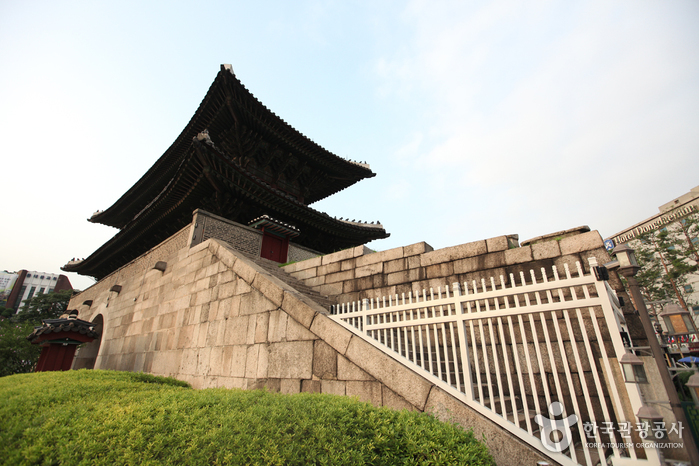 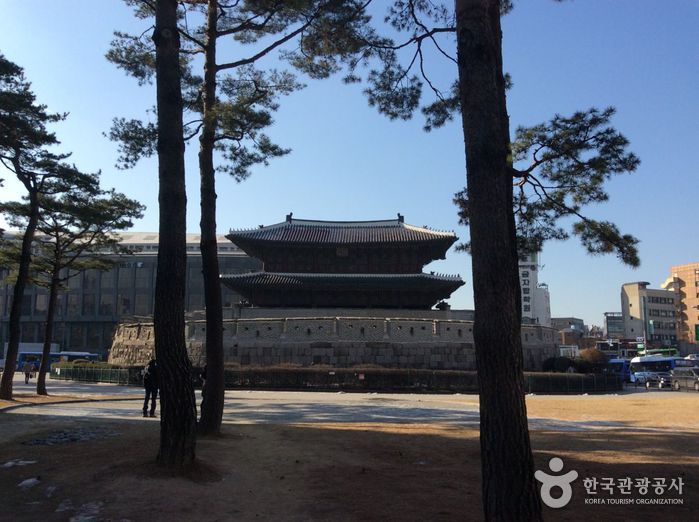 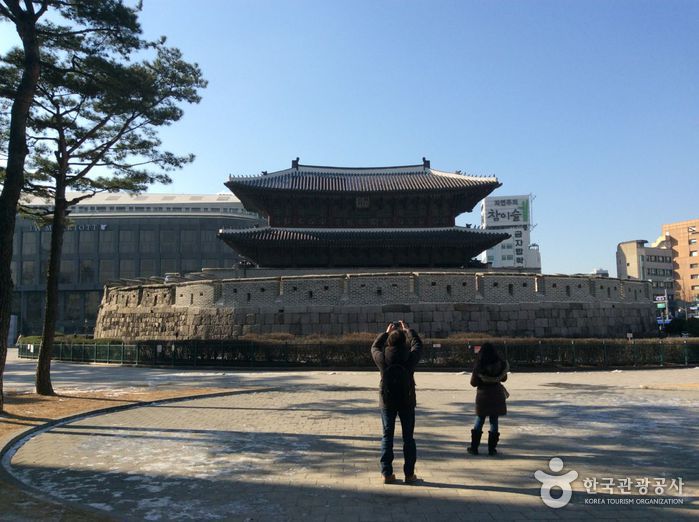 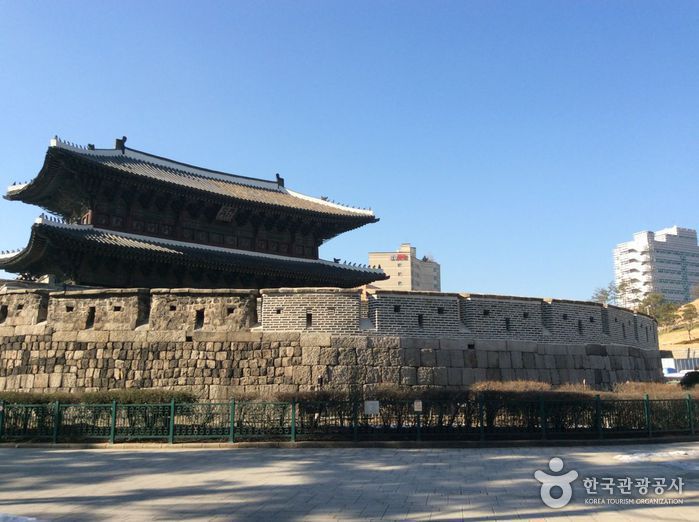 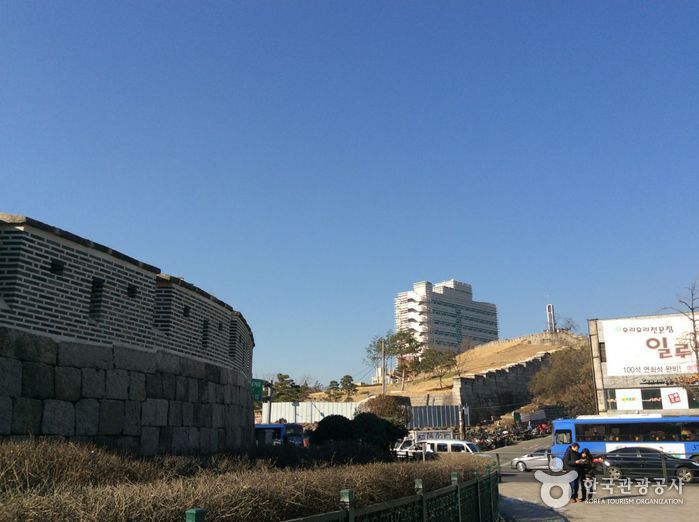 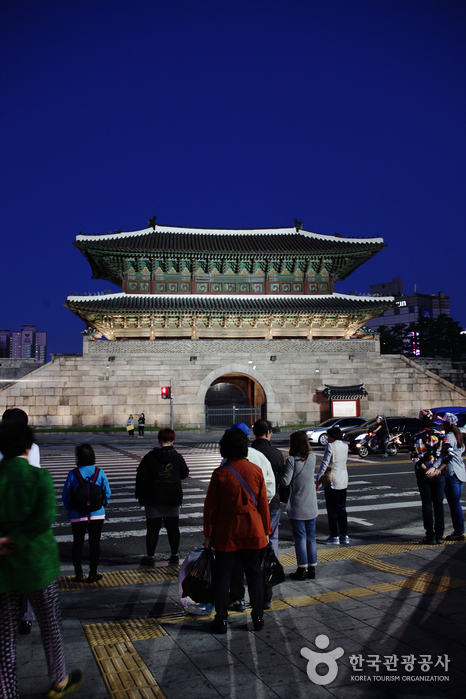