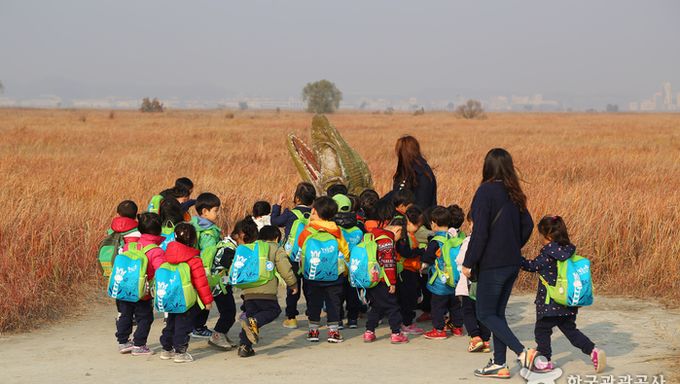 The Hwaseong Fossilized Dinosaur Egg Site (화성 공룡알 화석지) was discovered on an island in the tidal plain south of Sihwaho Lake (시화호). The island was revealed when seawaters were blocked during a land reclamation project. As a sedimentary layer formed during the Cretaceous period of the Mesozoic Era (dated around 83 million to 85 million years ago) was eroded by weathering, around twenty 50-60 cm diameter nests and roughly 130 dinosaur eggs ranging in size from 11 to 14 cm, located at six to seven sites, were discovered. It is anticipated that more fossils will be discovered once a thorough investigation is carried out and more land is reclaimed.

The discovery of the Fossilized Dinosaur Egg Site in Hwaseong has greatly expanded the scope of Korean paleontology; previous paleontological discoveries were exclusively limited to fossilized dinosaur footprints. This significant discovery has attracted many internationally renowned scholars who have visited the site in Hwaseong. The site is closed to individuals in order to preserve its integrity. But, you can visit the area by joining the fossil site exploration programme offered by a locally operating environmental group. 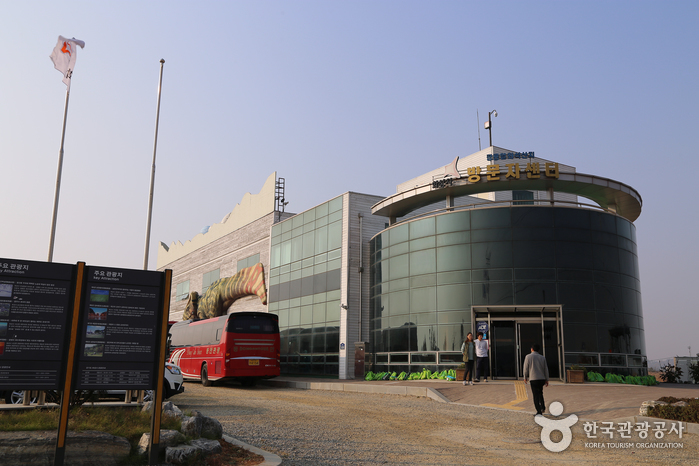