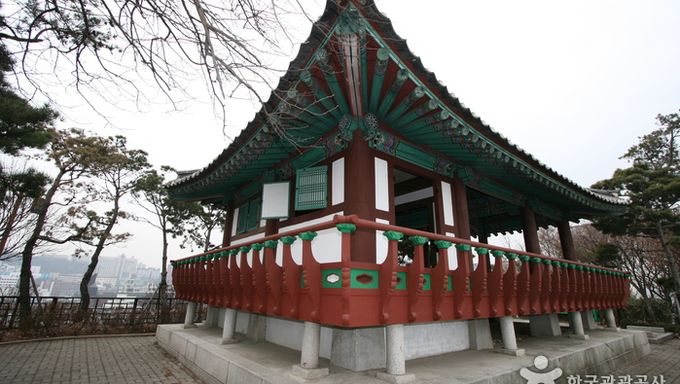 Hyosajeong Pavilion is where Nohan, the second vice premier of the Joseon Dynasty during King Sejong and King Sejo’s reign, stayed. After he lost his mother, he built the pavilion to mourn at her grave while still being able to see his father’s grave in Gaeseong to the North. His brother-in-law, then Minister of the Interior, Gang Sa-deok named the pavilion “Hyosajeong,” which means pavilion of filial piety.

In order to find the original location of the pavilion, poems by Jeong Inji and Seo Geojeong and an old map of Korea “Sin-jeung-dong-gunk-nyeo-ji-seung-nam” were referenced, but the pavilion was not found because the surrounding landscapes had changed much. As a result, a location was selected and the pavilion was reconstructed at its current location. The house is 3 kan* in the front and 2 kan* on the side. The roof is a hip-and-gable roof. The pavilion has one room with under floor heating and a railing around the pavilion

(* kan: a traditional measurement that corresponds to the space between two columns) 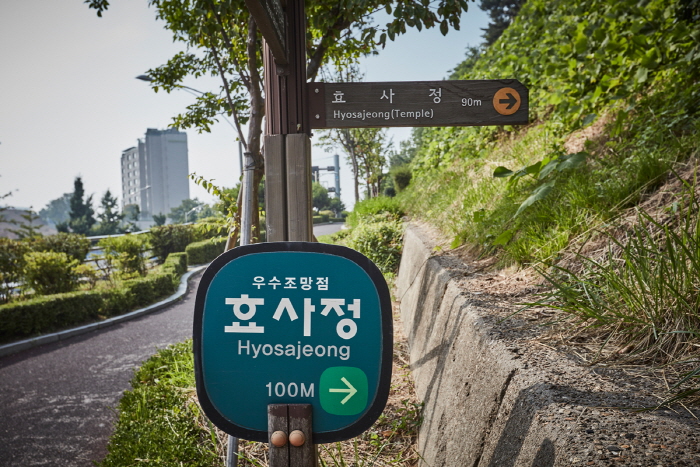 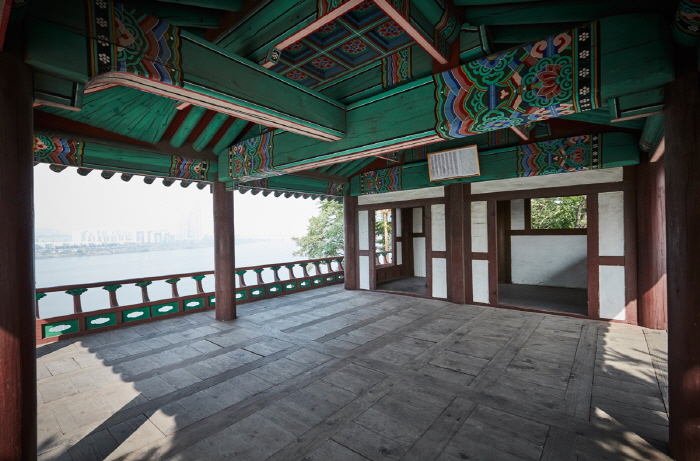 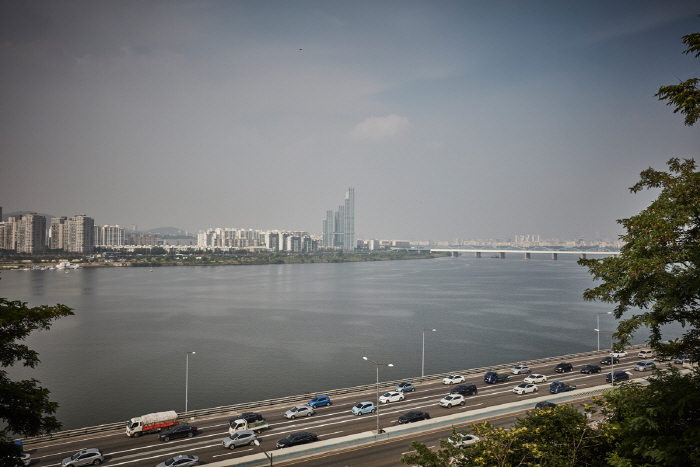 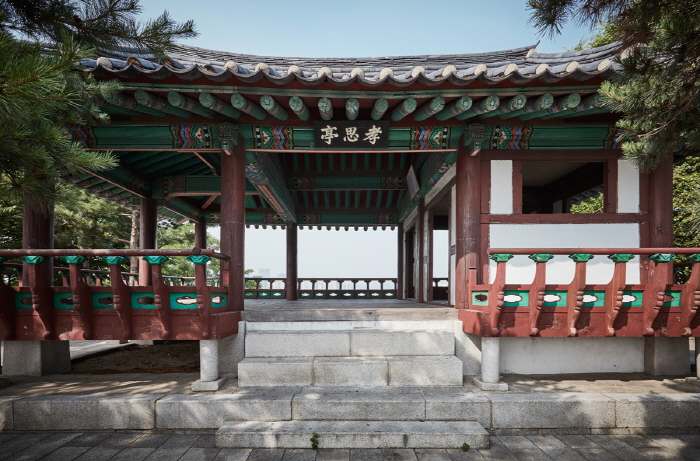 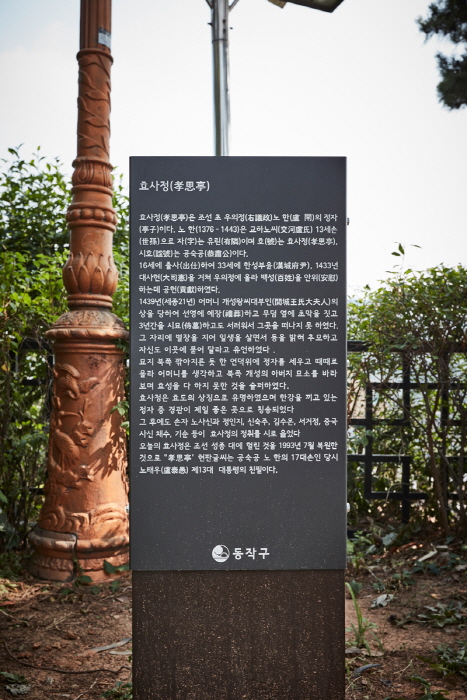 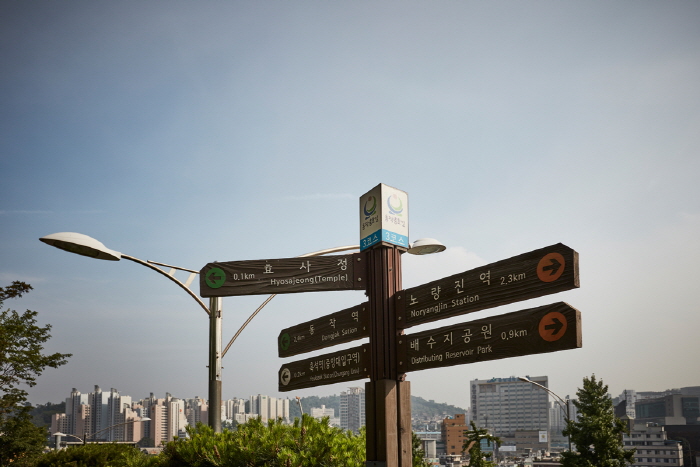 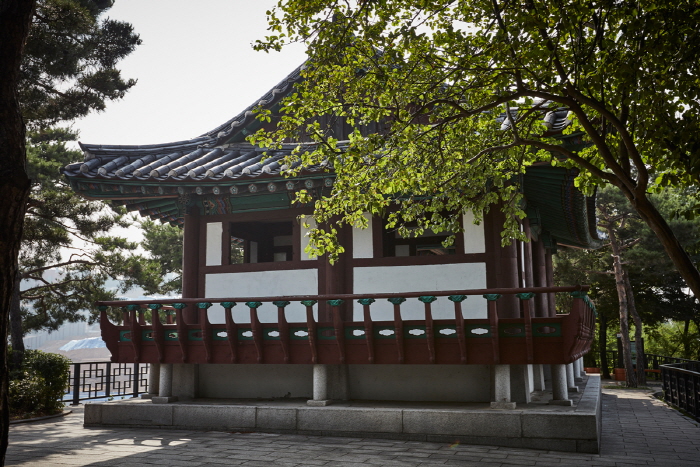