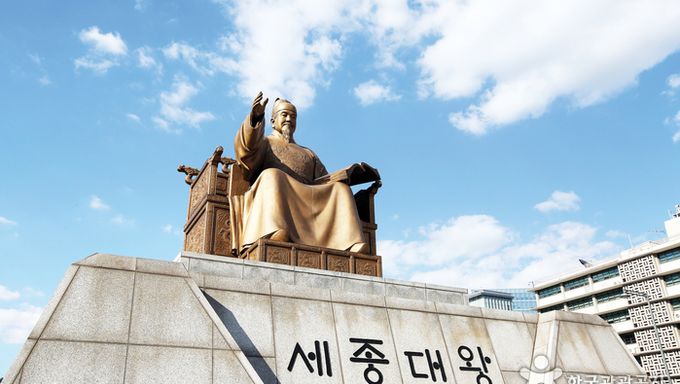 The King Sejong Statue was erected at the center of Gwanghawmun Square on Hangeul Day (October 9) of 2009. Sitting with a gentle smile on his face and a book in his hand, the bronze statue of 9.5m in x_height celebrates the King and his great achievements.

In front of the statue lie a celestial globe, a rain gauge, and a sundial, all of which King Sejong invented himself during his reign. Behind the statue, there are six columns with golden carvings depicting the King's major accomplishments, as well as an underground passage to the 'Sejong's Story' exhibition hall. Surrounding the statue, on the edges of the Square, is the 'Waterway of History,' a stream flowing on tiles with inscriptions of Korean history.

King Sejong (1392-1910)
King Sejong is best remembered as the inventor of Hangeul, the Korean alphabet. During his reign, he consolidated the basis for ruling the Joseon Dynasty by incorporating Confucian philosophy of politics. Furthermore, he led the nation's great strides in agriculture, literature, science and technology.

usetime: Gwanghwamun Square is an open-air square so it is open 24/7. 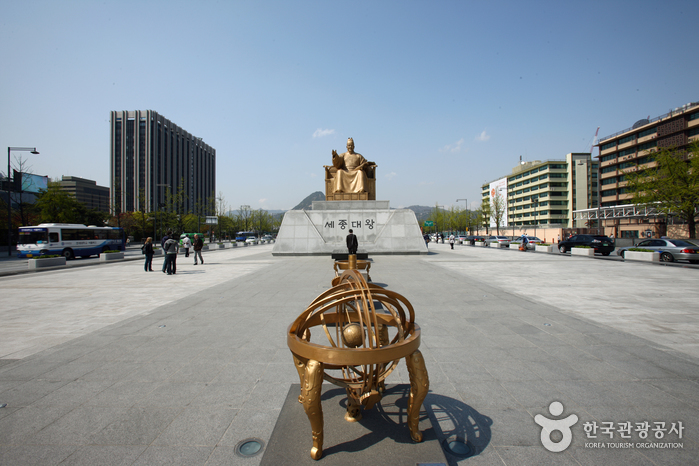 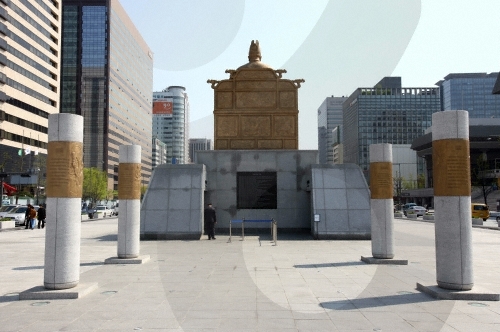 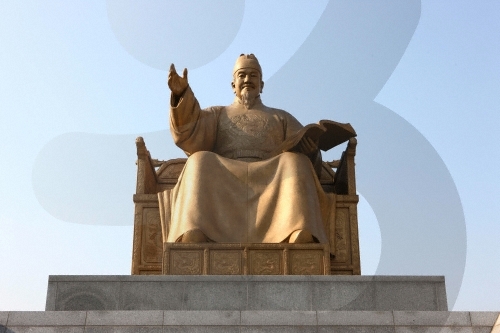 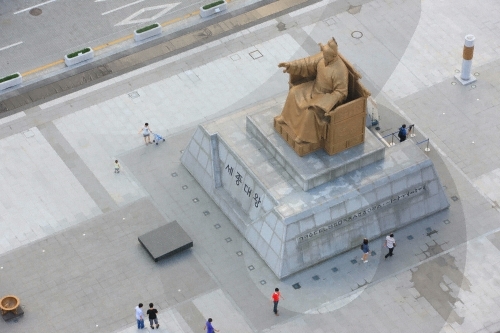 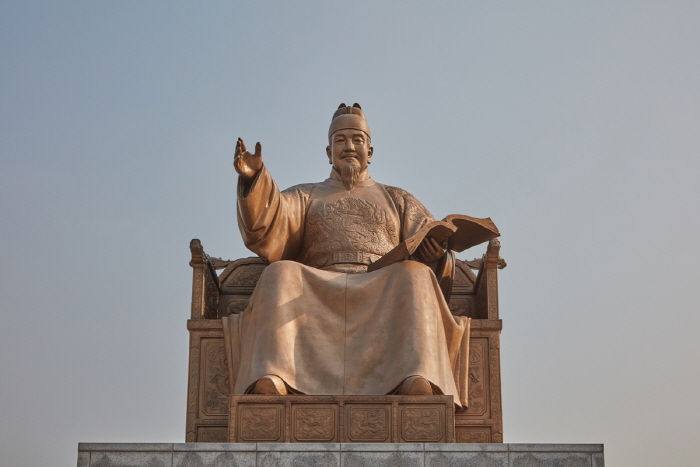 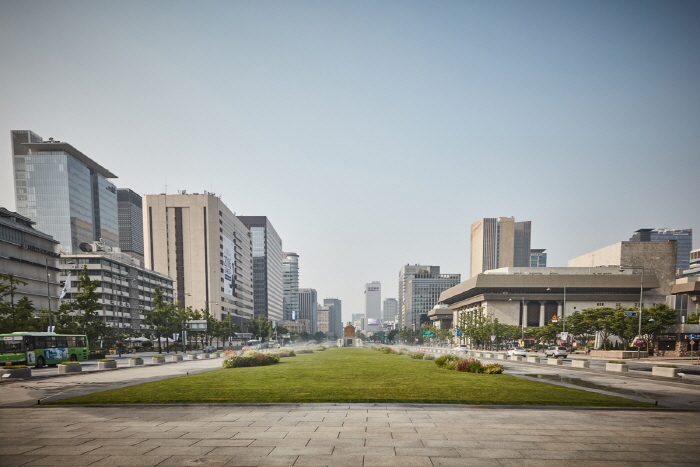 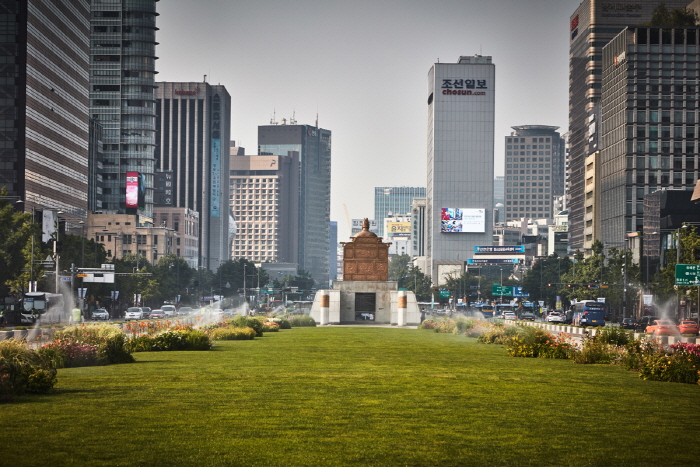 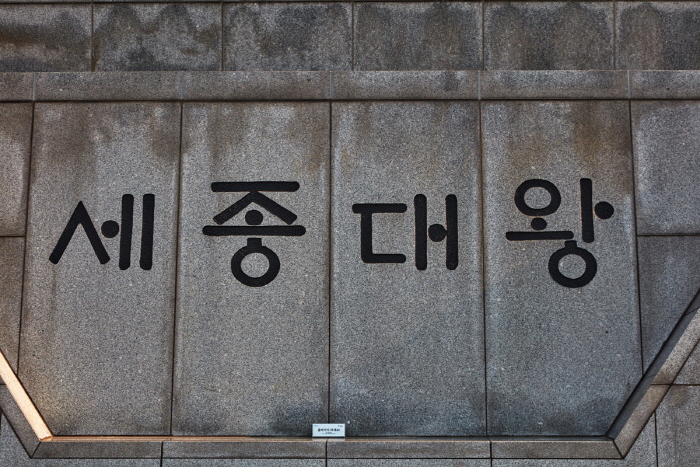 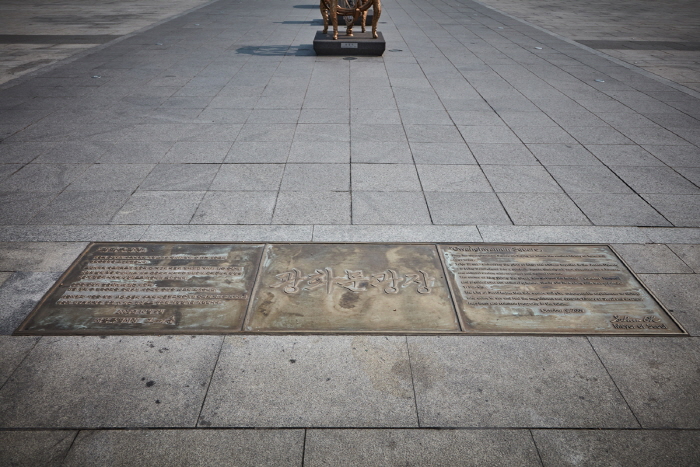