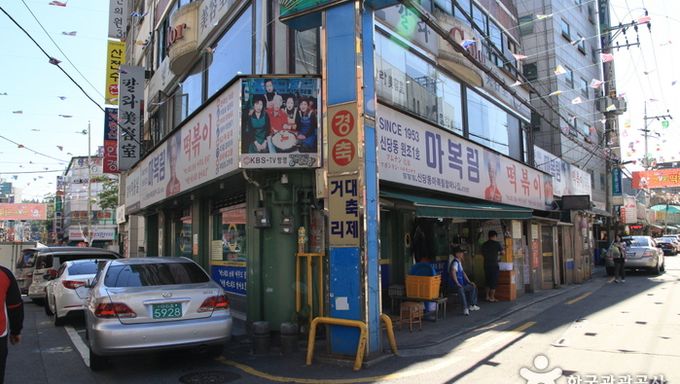 Opened in 1953 by a woman known as Mabongnim, the restaurant takes pride in its 50-plus years of service. As Mabongnim gained popularity, other similar establishments opened nearby, and eventually, formed the now famous “Tteokbokki Street.” The elderly proprietor is well known, even starring in a red-pepper paste (gochujang) ad in the 1990's.

The secret of this restaurant’s tteokbokki lies in the fact that red pepper
paste is mixed with Chinese soybean paste for a sweet and spicy taste, but has now been adopted by other Sindang-dong restaurants. Nevertheless, there is something special about this restaurant’s fare. At present, Mabongnim’s daughters-in-law are running the restaurant.

There will be the arched sign into "Sindangdong Tteokbokki Town". On the left side, you will see the large restaurant sign with a picture of the elderly Mabongnim.

restdatefood: Second and fourth Monday of each month 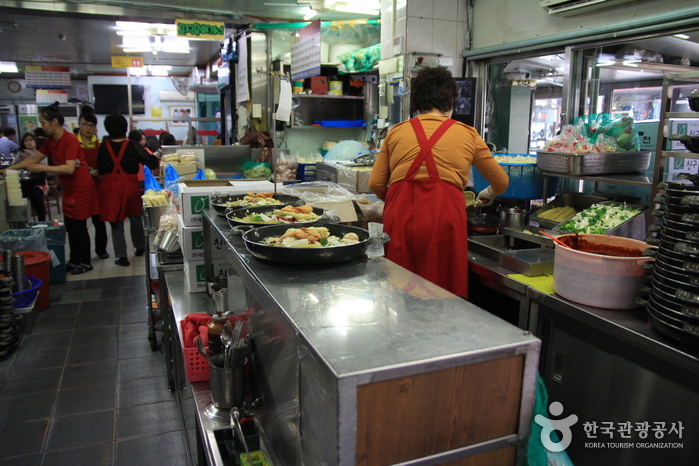 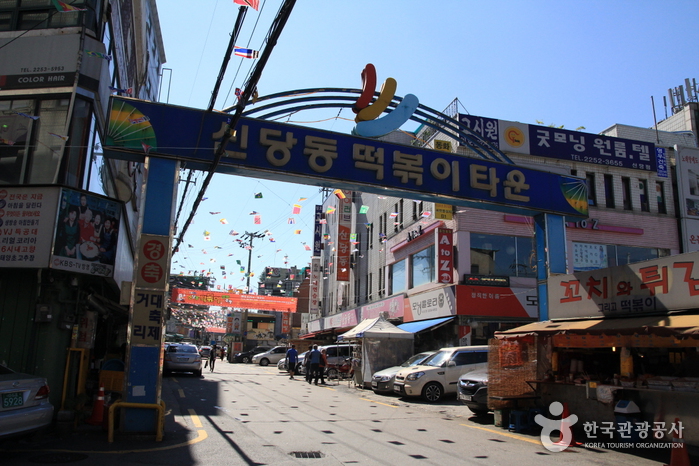