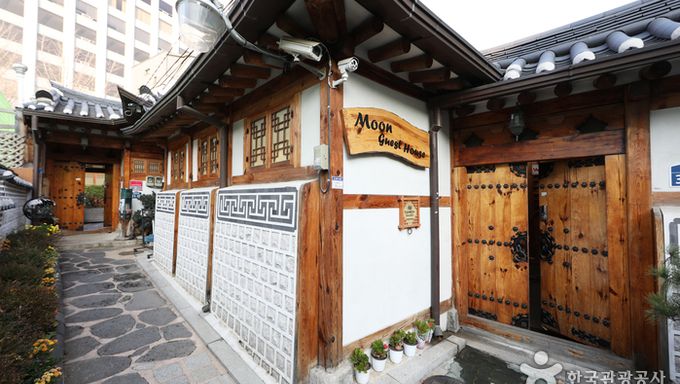 The Moon Guesthouse is situated near a number of interesting tourist destinations including Unhyeongung Palace (3min on foot), Bukchon Hanok Village (5min on foot), Changdeokgung Palace (5min on foot), and Changgyeonggung Palace (10min on foot). The guesthouse was named ‘moon’ (‘door’ in English) because it has many 176 doors and windows. Upon entering by the gate, visitors will see a ‘ㄷ’-shaped hanok building in the courtyard, in which a wooden bedstead and a table are placed. On the opposite of the hanok building there is a wall roofed with tiles engraved with Korean patterns such as deer, pine, turtle, etc. Flowers in the flowerbed lined up along the wall are in bloom and the bonsai are also well-kept in the house.

Renovated and opened as a guesthouse in September 2011, Moon Guesthouse consists of a bonchae (main building) and a byeolchae (detached house). The rooms are decorated with red clay and hanji (traditional Korean paper handmade from mulberry trees), and have under-the-floor heating (ondol). Each room is equipped with an air-conditioner, and has a 40cm-thick layer of red clay over the ceiling for insulation, making the rooms cool in summer and warm in winter. The house has seven individual guestrooms and five modern bathrooms, but the entire building (bonchae or byeolchae) can be rented, too. In particular, the unhyeondang of the bonchae is very popular as it can be converted into one large space for special events, group workshops, etc. simply by opening all the sliding doors (Bunhapmun – Goryeo construction style). This room, which is decorated with a flower-patterned windscreen, a landscape painting, and calligraphy, has been used as a shooting location for various TV programs including KBS2’s TV reality program Man’s Qualification and its variety show The Human Condition. The guestrooms are also equipped with traditional furniture including a cabinet inlaid with mother-of-pearl.
The guesthouse also provides a variety of experience programs from 11am to 3pm, including tea ceremony, wearing Hanbok (traditional Korean clothes), making kimchi and gochujang (red chili paste), playing a traditional musical instrument, making a rubbing of a stone inscription, calligraphy, drawing orchids on a fan, and so on. The house has about seventy hanbok and other clothing accessories, as well as a royal costume. Its calligraphy and drawing orchid programs are run directly by the owner, who used to work as a classical Chinese teacher at a high school.

foodplace: N/A (Cooking is allowed only in the shared kitchen.) 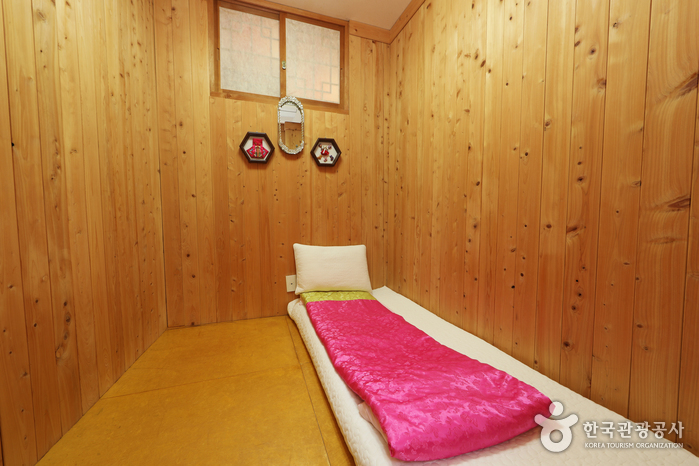 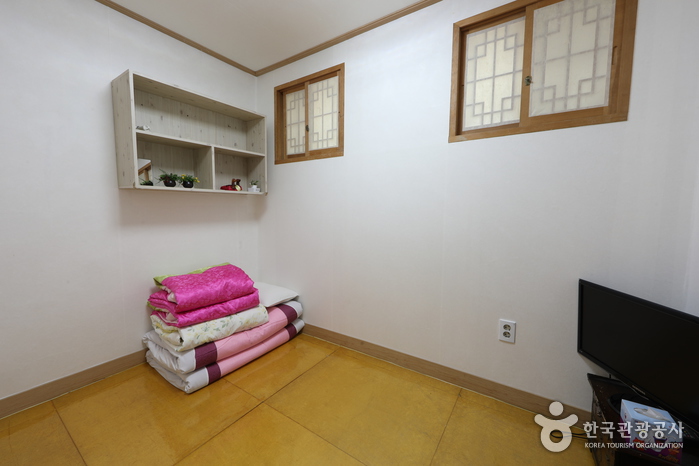 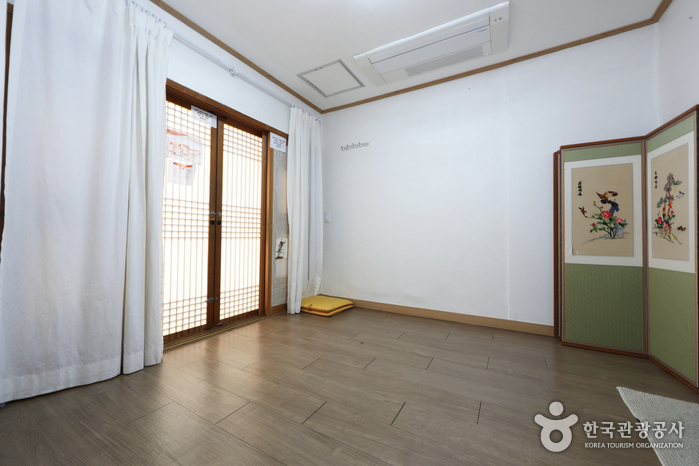 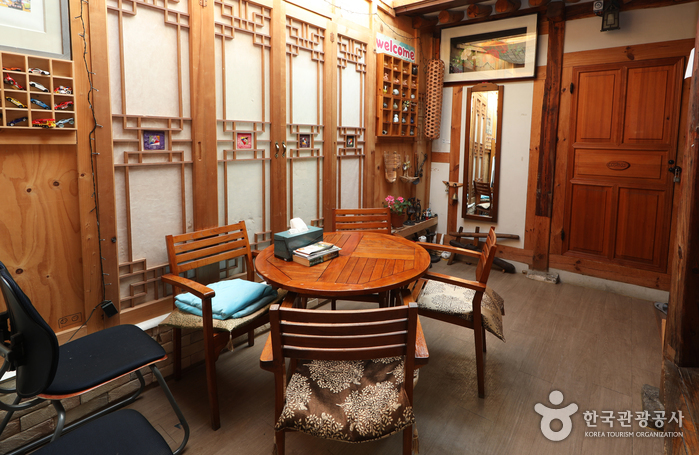