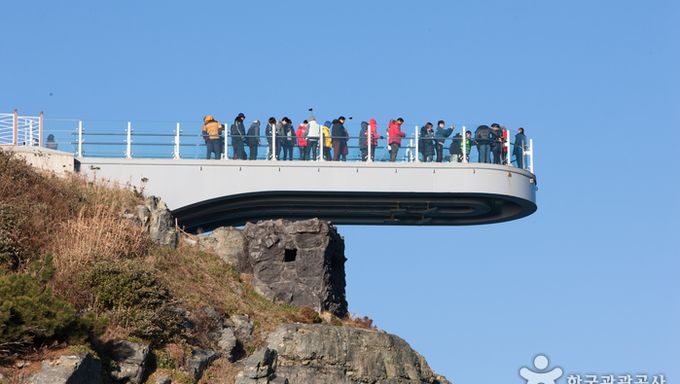 The old regional name for the area of Oryukdo Skywalk was Seungdumal, as the shape resembles a saddle, and it was originally called Seungduma as well as Jallokgae by residents and women divers.

The construction of Oryukdo Skywalk finished on September 12, 2012 at the Seungdumal area, which is regarded as the dividing point between the East Sea and the South Sea, and started operating on October 18, 2013, with the theme of "Walking over the sky.”

Iron columns were set up over a 35-meter-high coastal cliff, and a 15-meter glass bridge comprised of 24 glass plates and shaped like a horse’s hoof connect the iron columns. The bottom of the glass was specially produced with four attached 12-millimeter glass pieces coated with a bulletproof film that has a thickness of 55.49 millimeters, making the structure quite safe.

Visitors will be thrilled with the view of the waves while looking down through the transparent floor. The sea stretches out ahead of the skywalk, perfect for a photo op, as well as the best spot to see Daemado Island on sunny days.

N/A (Open all year round)
(Note: closed in the case of rain or strong wind, and during periods of repairing and improving facility) 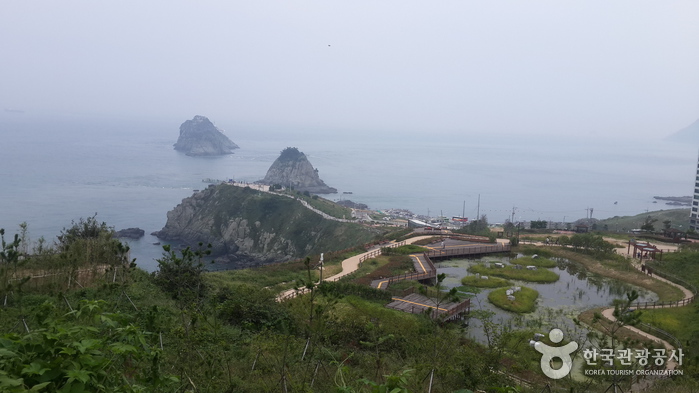 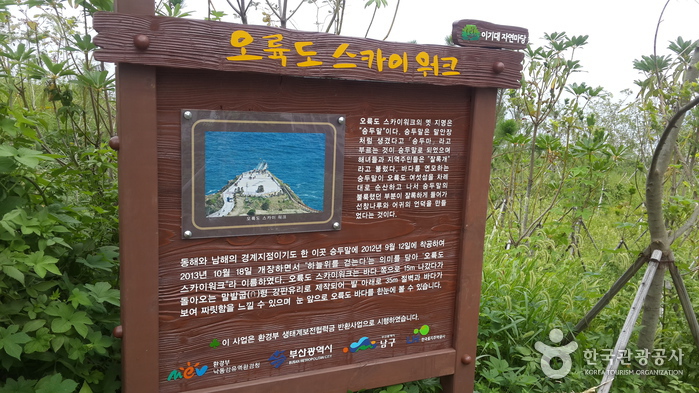 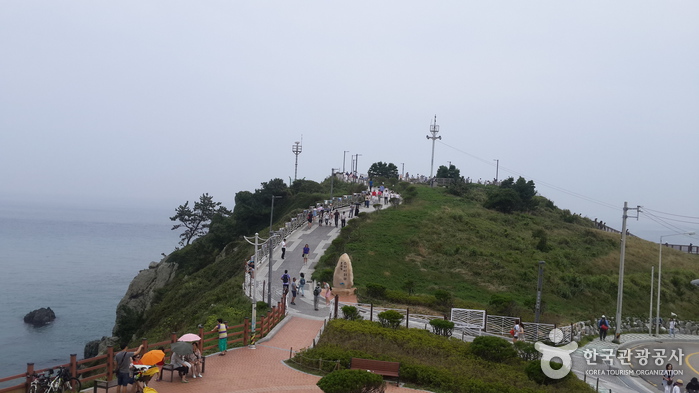 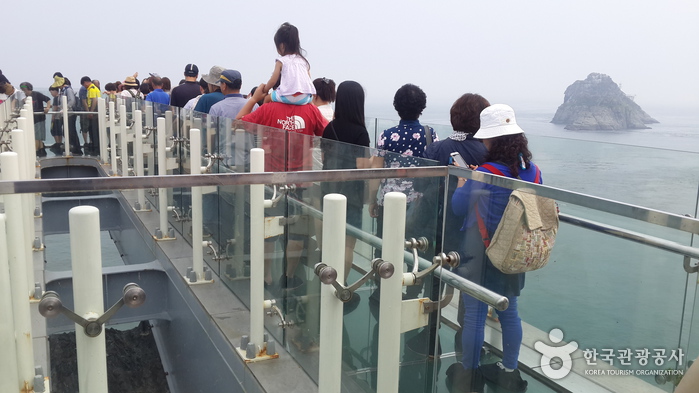 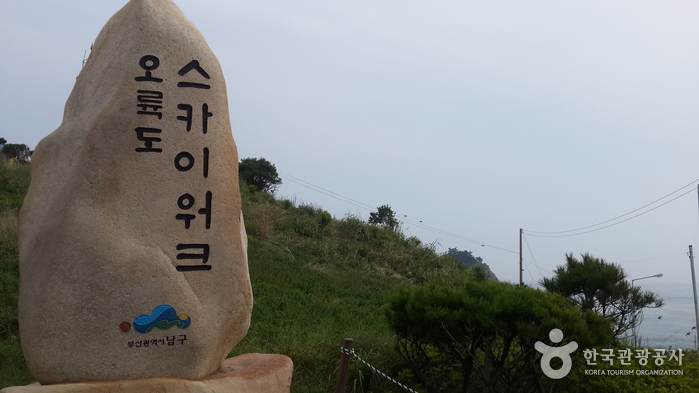 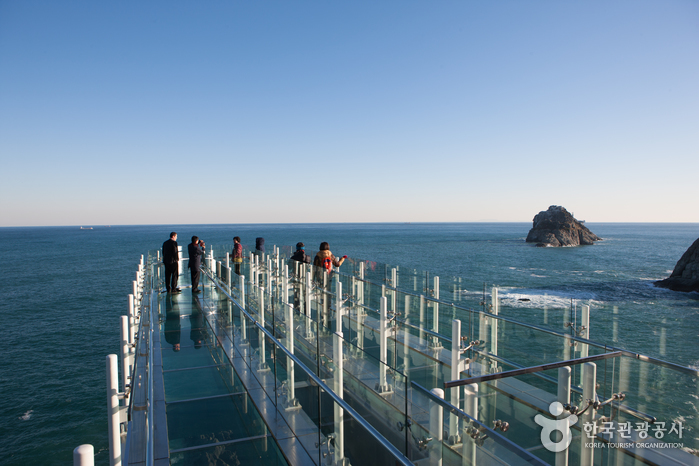 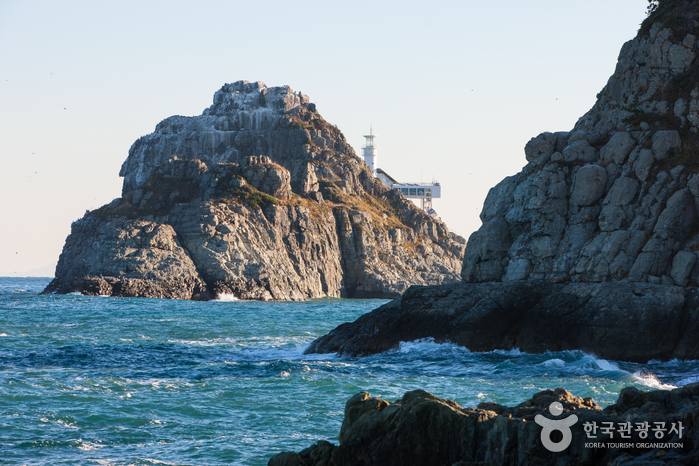 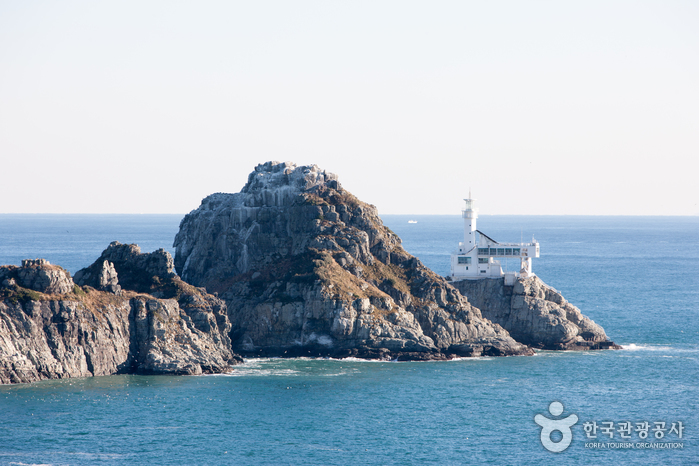 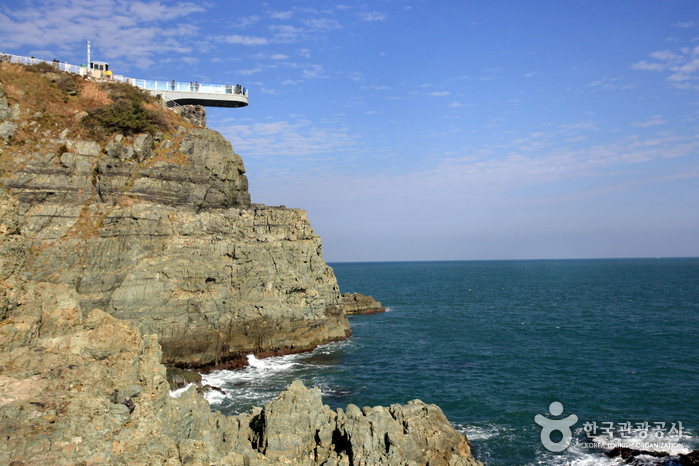