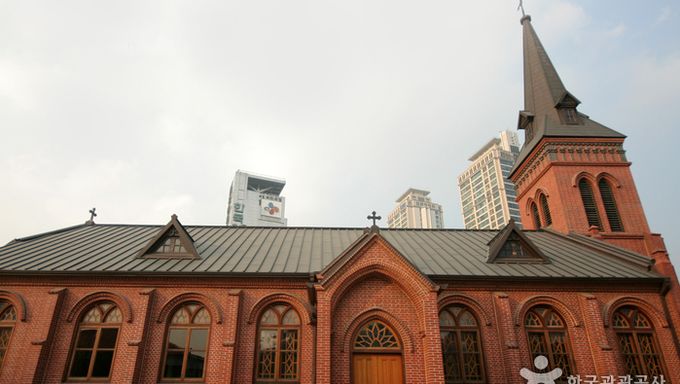 Yakhyeon Catholic Church was established as a result of Korea gaining religious freedom in the 23rd year of King Gojong’s reign (1886) and the subsequent increase of the Catholic population.

In 1891, Myeongdong Cathedral's head priest Doucet laid down the foundation stone in Hap-dong. Coadjutor bishop Coste was in charge of design and construction and the building was eventually completed in 1892.

Yakhyeon Catholic Church was the first Western-style church ever built in Korea. It's Gothic architecture features a 12m-wide and 32m-long cruciform construction with low arched windows and a pointed-arch entrance gate.

[Subway]
Chungjeongno Station (Seoul Subway Line 2 or 5), Exit 5. Walk for approx. 300m and the church is across from police station.

[Bus] Get off at the following bus stops. 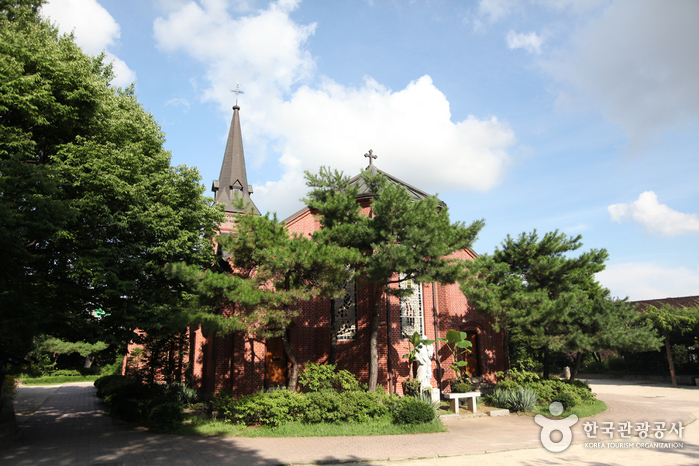 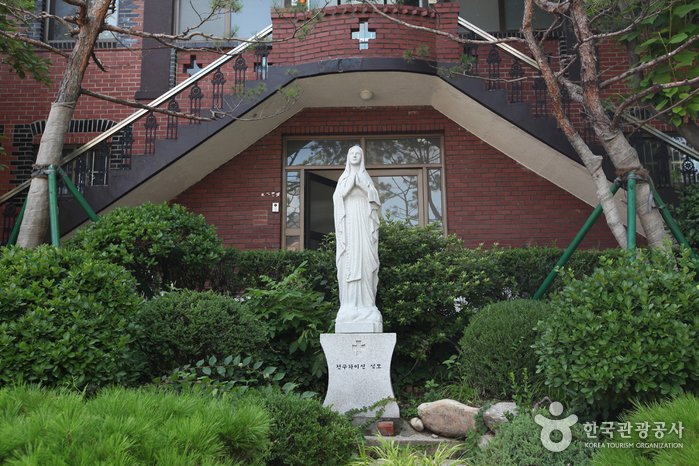 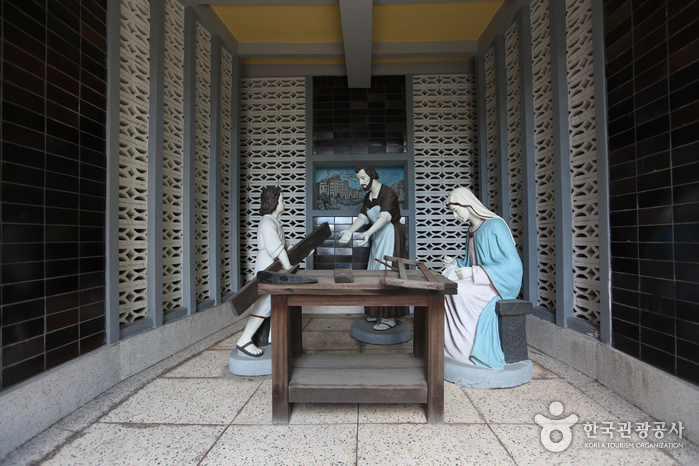 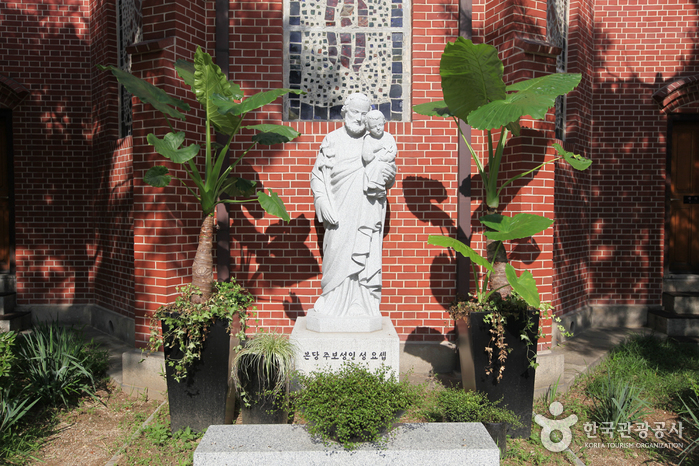 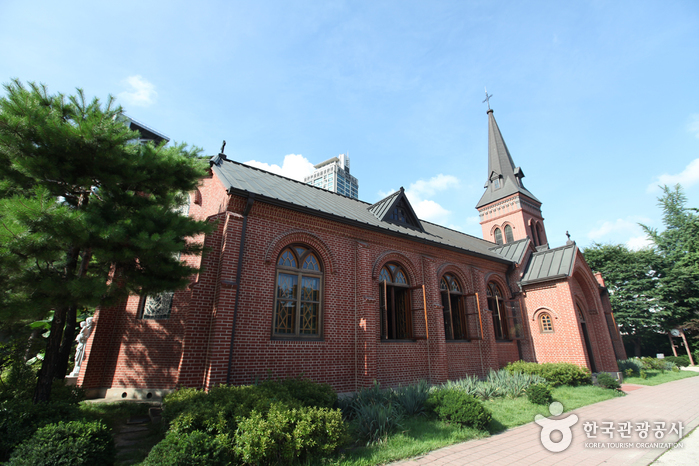 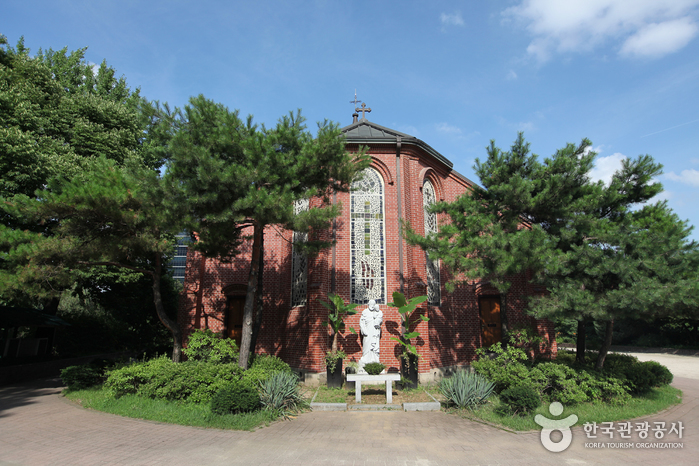 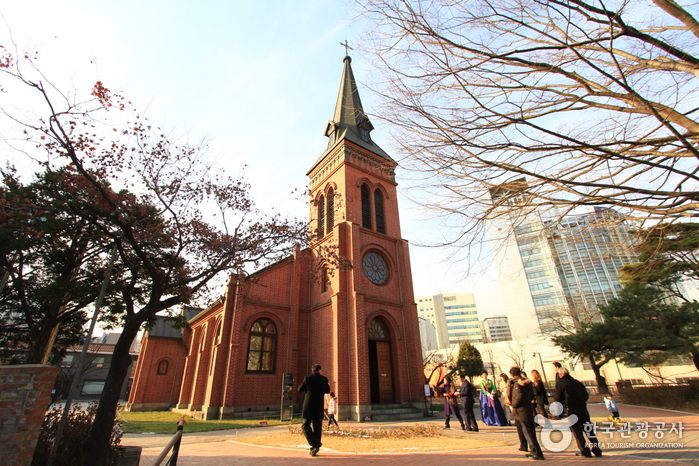 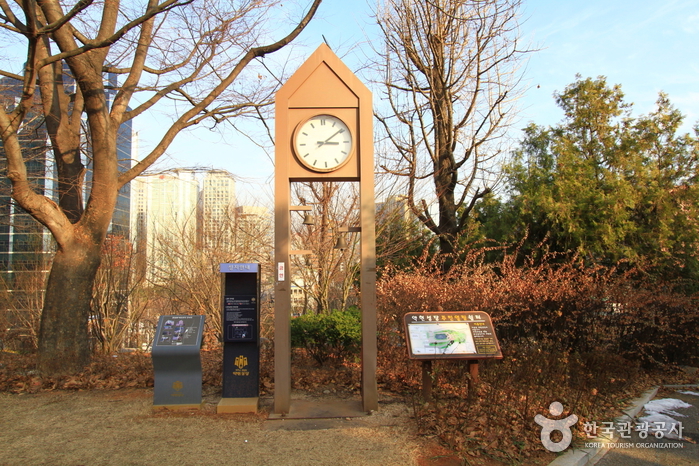 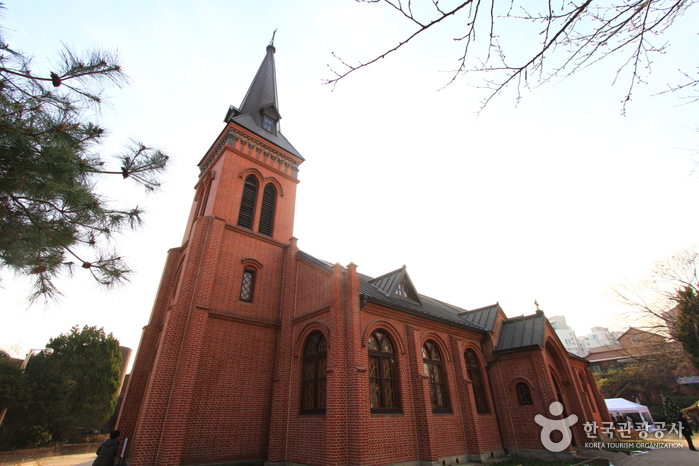 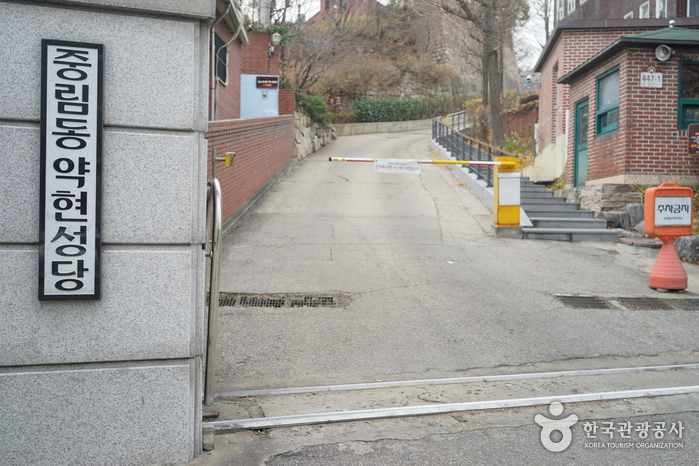