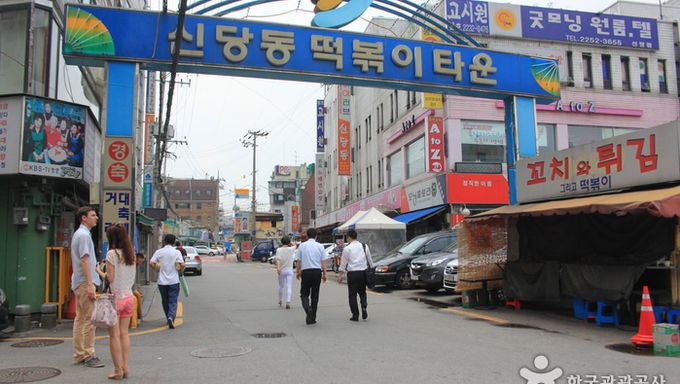 Sindang-dongTteokbokki Town started in the late 70s, although the alley did not become famous until the 80s. At that time, each restaurant had its own DJ booth, with the image of the 'cool DJ' who played the music becoming a symbol of Sindang-dong Tteokbokki Town. In addition, this period also marked the prime time of high school baseball where students would crowd the streets on days when Duksoo Commercial High School and Sunrin Commercial High School (now Sunrin Internet High School) played against one another. Although these high school students have aged, they continue to visit the area, reliving their youth and continuing to indulge in the specialty tteokbokki.

However, some claim the history of this alley began in the 1950s. The owner of Mabongnim Halmeoni Tteokbokki restaurant says tteokbokki was being sold as early as 1953 as the area used to be home to Donga Theater and she sold tteokbokki, corn and potatoes to those visiting the theater. At first, tteokbokki was simply made with gochu jang but as time went by, cooks decided the dish could be more than just a snack. By adding ingredients like eggs, cellophane noodles, fish cakes, instant noodles and more recently squid, prawn and cheese, tteokbokki can be made more delicious and turns this beloved snack into a full meal.

Available at each restaurant

Cheonggu Station (Seoul Subway Line 6), Exit 1.
Turn right when you arrive at the playground and go straight for 200m. 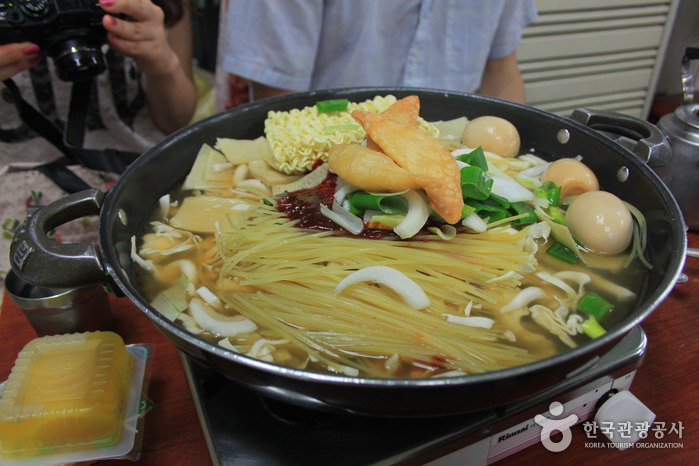 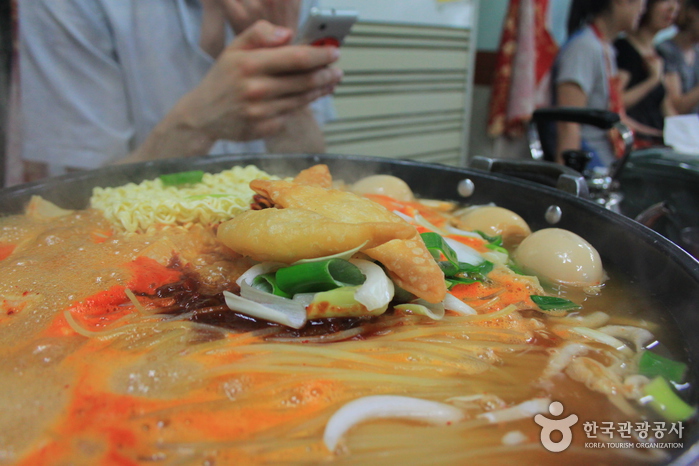 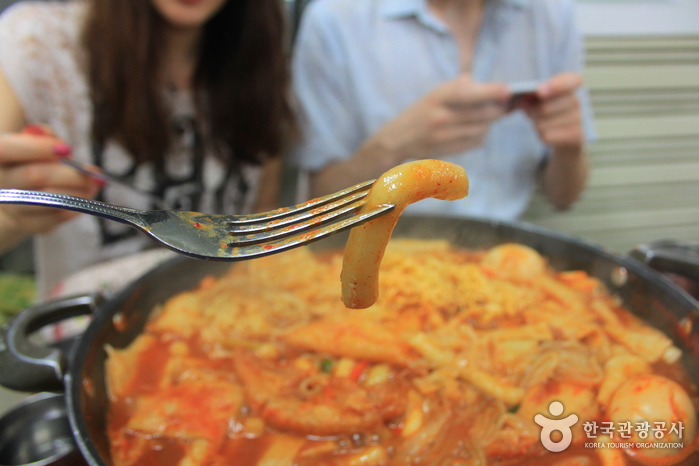 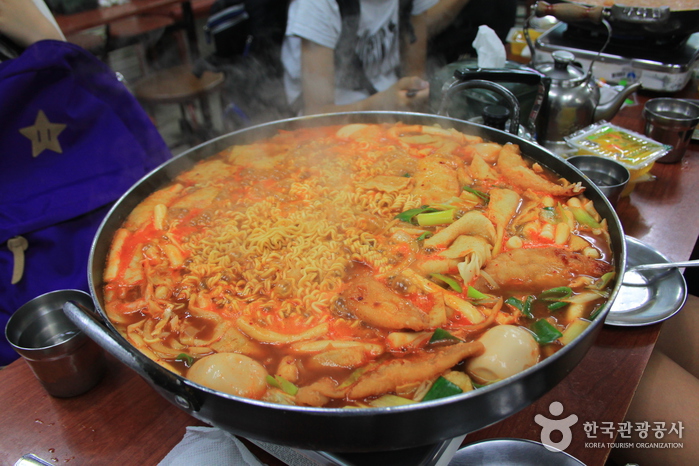