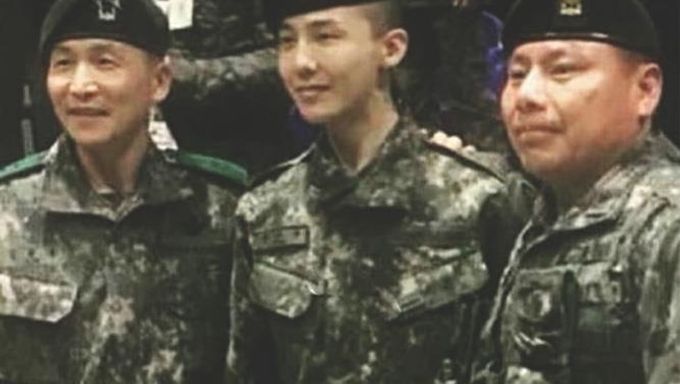 Many fans and netizens have been amused by the fact that a two-star military general made sure he was able to take a photo with the world-famous K-Pop idol during the ceremony. Two-star generals are known not only as one of the most powerful officers within the national defense that command around 20,000 soldiers but also officers you almost never have the chance to even see in real life.

G-Dragon was seen looking sharp and slightly tense as well in the presence of a general.

Netizens have also congratulated and complimented G-Dragon not only for successfully finishing boot camp but also for showing genuine effort and attitude in serving his country. Afterall, it's not easy for a superstar to lay down his fame and be reborn as a tough soldier who trains to fight in dangerous combat situations.