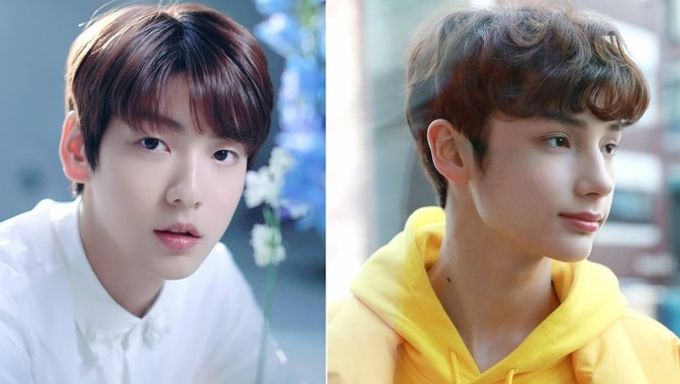 TXT member Hueningkai is handsome, and he knows it. But his fellow group member SooBin seems to have a different opinion.

During an interview with MTV News, the members of TXT had to say something that they liked or admired about the member standing on their left. Heuningkai happened to be standing next to SooBin's left.

SooBin playfully said it was quite difficult to compliment Hueningkai, and stopped his sentence after saying "Hueningkai is....".

Hueningkai finished SooBin's sentence with adding "handsome" at the end.

However, SooBin hilariously replied saying "No, no, no, please." However, he did say that Hueningkai was cute and looked like a baby. You can check out the full interaction below!