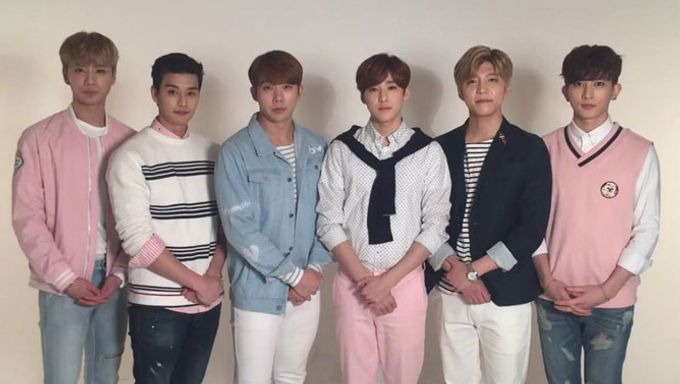 The global idol group, UKISS, has left a surprise video for their fans on V app!

With their comeback just around the corner, UKISS boys are busy preparing the finishing touches to their June album! The boys had left a surprise video for their fans on V app. The video was shot during the filming for their new MV. Through the surprise video, KISS MEs were able to get a glimpse into the set of the upcoming MV.

Must Read : UKISS Shows Love For Their Fans With V App Launch

The fans were also surprised to see the new hair styles of each member. UKISS teased the viewers with little peaks into their upcoming concept and the MV's storyline. The fans are now more excited than ever for the return of the UKISS boys.

UKISS had recently been active in Japan as the next generation of hallyu stars. With every album, UKISS was able to land a spot on the Oricon Charts. Although the boys have been active overseas, the coming album will be their latest promotions since their mini album "Always", which was released early last year.

We can't wait to see the finished MV for their new title song, and best of luck to the UKISS boys on their long awaited return!