UP10TION ‘s Lee JinHyuk is gearing up for his solo debut this coming Nov. 4!

At the midnight of Oct. 18, he had released the schedule of his solo debut on his official social media accounts. 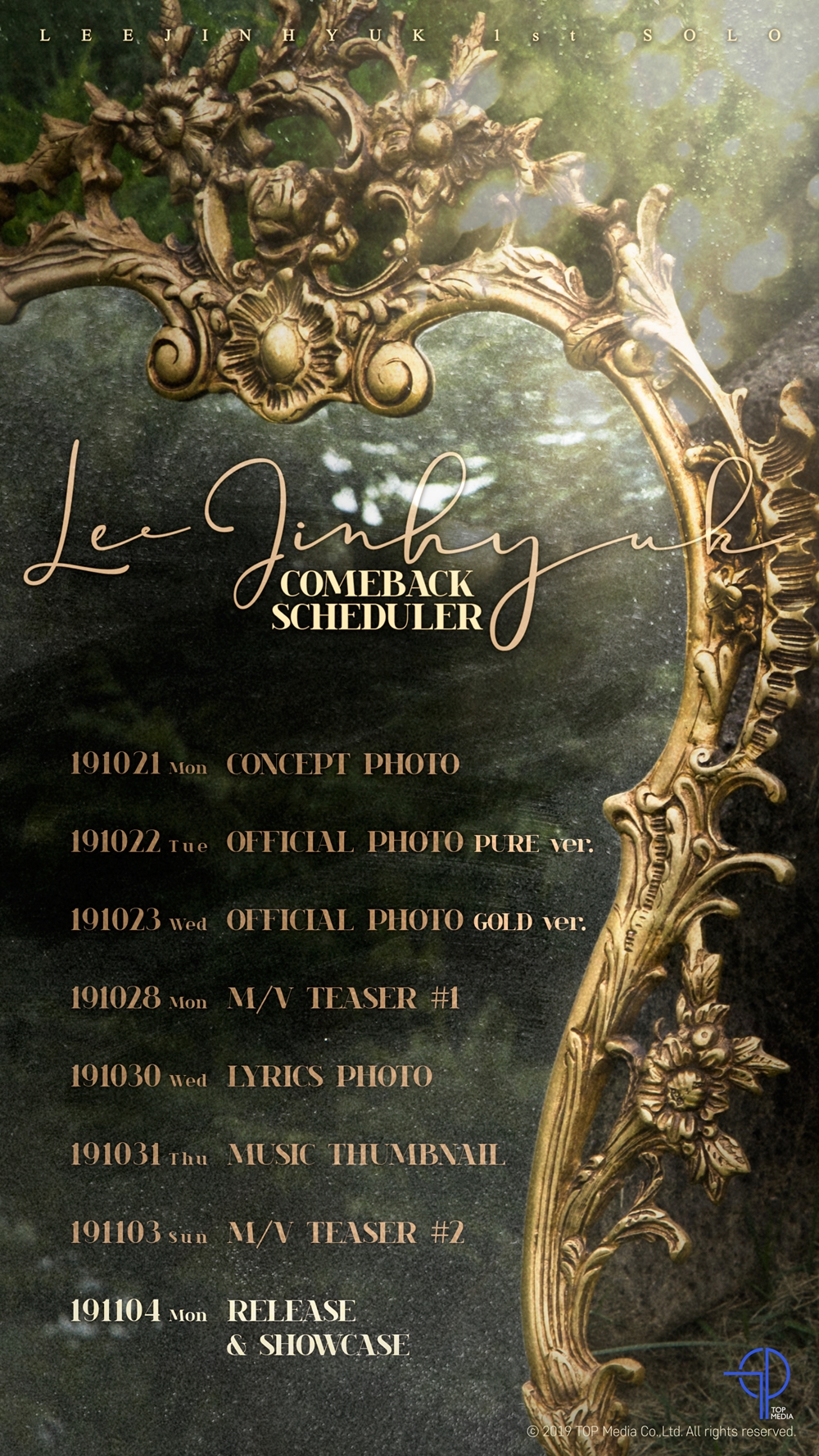 Through the released schedule, fans are able to see art design and many are curious to learn more about the concept that Lee JinHyuk will be debuting under. Many are also keen to find out what the ‘pure’ and ‘gold’ versions of the concept refer to.

According to the schedule, concept photo for his solo debut will be released starting from Oct. 21 and the rest of the teasers will slowly be released.

Previously when the news of Lee JinHyuk’s solo debut was first announced, it was said that the idol has been preparing really hard for the solo album. He had also held his solo fanmeeting in Korea, Taiwan as well as Thailand, proving his growing popularity.

Are you also looking forward to his solo album that will be released on Nov. 4?