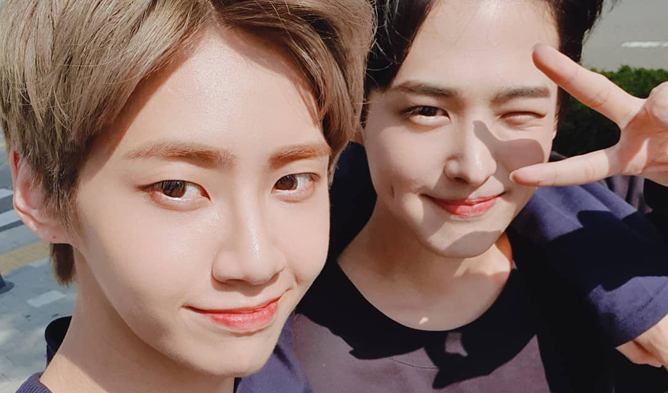 Viewers of Mnet “Produce X 101” would know that during this season there was many pairings among trainees that are popular among fans. Even up till now, there are still those pairings that exist!

One of such pairings is none other than VICTON ’s ByungChan and UP10TION ’s Lee JinHyuk.

VICTON returned with their 5th mini album “nostalgia” and UP10TION’s Lee JinHyuk had debuted as a solo artist with his solo album “S.O.L”.

Both are now currently promoting their title tracks on various music shows.

With that being said, many of their fans were also anticipating for their interactions!

On Nov. 10, both ByungChan and Lee JinHyuk were seen introducing their title tracks during a small session on SBS “Inkigayo”.

The interaction was captured by fans and they could not help but talked about how adorable and lovely they are.

Many are supporting their friendship and hope to see more from the two idols especially during their period of promotion.

Are you also looking forward to see more from them?

Read More : The 3 K-Pop Idols Behind Mnet “Mcountdown” MCs That Became A Topic Among Netizens