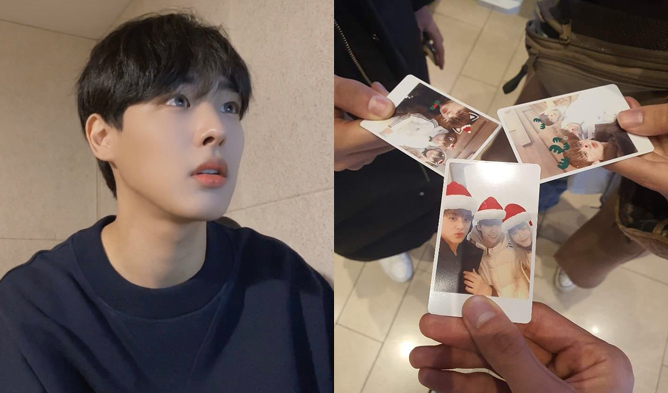 Many K-Pop fans might have already noticed but there is a lovely friendship formed between VICTON ‘s ByungChan and UP10TION ‘s Lee JinHyuk.

A few months ago, the two idols talked about how they had decided to catch the movie “Frozen 2” when it was released during their respective’s V-Live and Instagram Live.

On Nov. 23, Lee JinHyuk had updated his Instagram with a post. Apparently, he had the watched the movie with Lee SeJin and Kim MinKyu without ByungChan.

It seemed like the 3 of them had a great time together but many also left comments asking about ByungChan since they had initially promised to watch with each other.

Later on that night, ByungChan held a V-Live session and many ALICE began to ask if he had managed to catch “Frozen 2” yet.

An ALICE had cut the clip from V-Live session where ByungChan had answered to the question and you can watch it above.

Many could not help but laughed at his comment as many knew that he was referring to Lee JinHyuk since he had watched it earlier with Lee SeJin and Kim MinKyu.

With that being said, many left funny comments such as asking ByungChan to watch the movie with them. Some also mentioned that ByungChan is upset and Lee JinHyuk better watched another time with him.

VICTON had concluded their promotions for ‘nostalgic night’ and will be heading to Japan for their Asia tour “VOICE TO ALICE” on Nov. 29.

Did you also find ByungChan and Lee JinHyuk adorable?