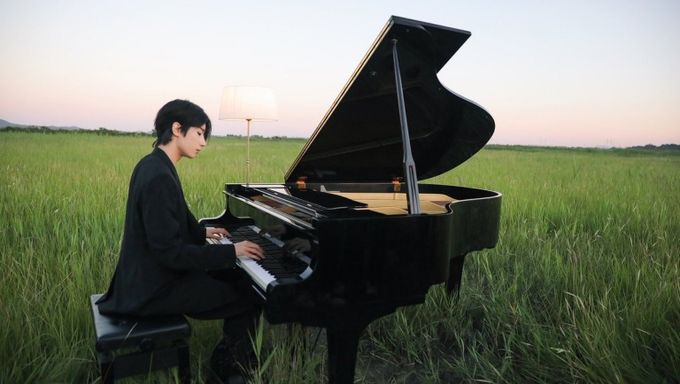 VICTON member and soloist Han SeungWoo has officially dropped his final musical project before he enlists in the military in July, the album titled "Fade". It was officially released on June 28, 2021 at 6PM KST and almost immediately attracted the attention of audiences with the music video for the title track. As this is his final consolidated project, it is clear that he has paid extra attention to his work. The album is emotionally charged and reflects his feelings of uncertainty and anxiety as he departs on his military hiatus.

The concept of this album can be determined from the two mood films that were released, corresponding to the predominant themes of "Fade In" and "Fade Out". The "Fade In" mood film shows Han SeungWoo in a lush field of green but the video is desaturated and as such, loses all colour. However, in the next scene, we see the brightness of summer in all its glory with SeungWoo against a blue sky.

For the "Fade Out" version of the mood film, the shot starts off with a burst of complementary colours: blue and orange, black and yellow. However, as the scene progresses, we go from day to dusk, with a reversal of colour. Evening falls and the light of the sun fades out to bring in the moonlight.

The album seems to emphasize the sentiment of a temporary parting, only to meet again. However, as opposed to the feeling of losing something forever, the longing and the wait to meet again is slightly more tormenting, according to SeungWoo because he is unsure of what the other person might be feeling after his prolonged absence. This is a clear analogy for his hiatus owing to military enlistment, which makes him uncertain about the future when he returns. A mellow, melancholic feeling is echoed throughout the album. 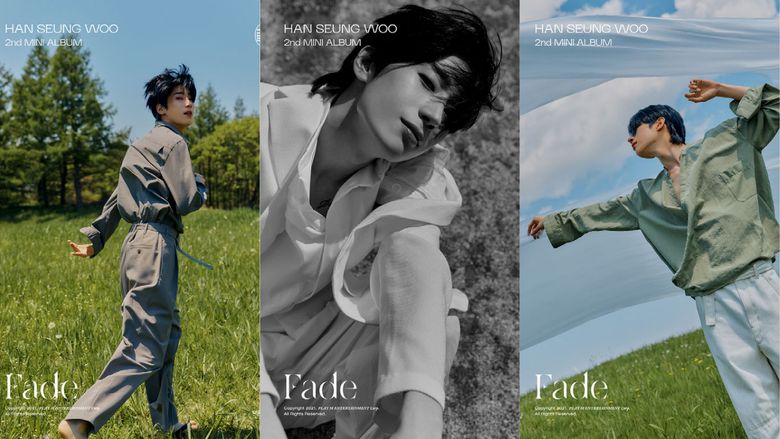 Two versions of concept photos were released for "Fade" - "Fade In" and "Fade Out". The "Fade In" version, as pictured above, showcases SeungWoo in a sage green shirt and off-white trousers in a field of grass. The look is rather simple but perfectly suited to the mood. 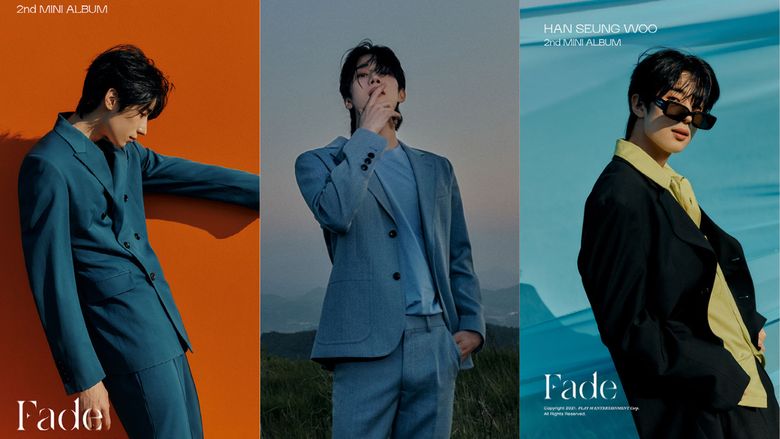 The "Fade Out" version of concept photos, as pictured above, leans more towards the chic side, more so because this is an evening look. He's wearing a powder blue blazer and matching pants, which are brought out even more through the orange background. In another look for this version, he's wearing contrasting colours again: a black blazer and a light yellow undershirt. 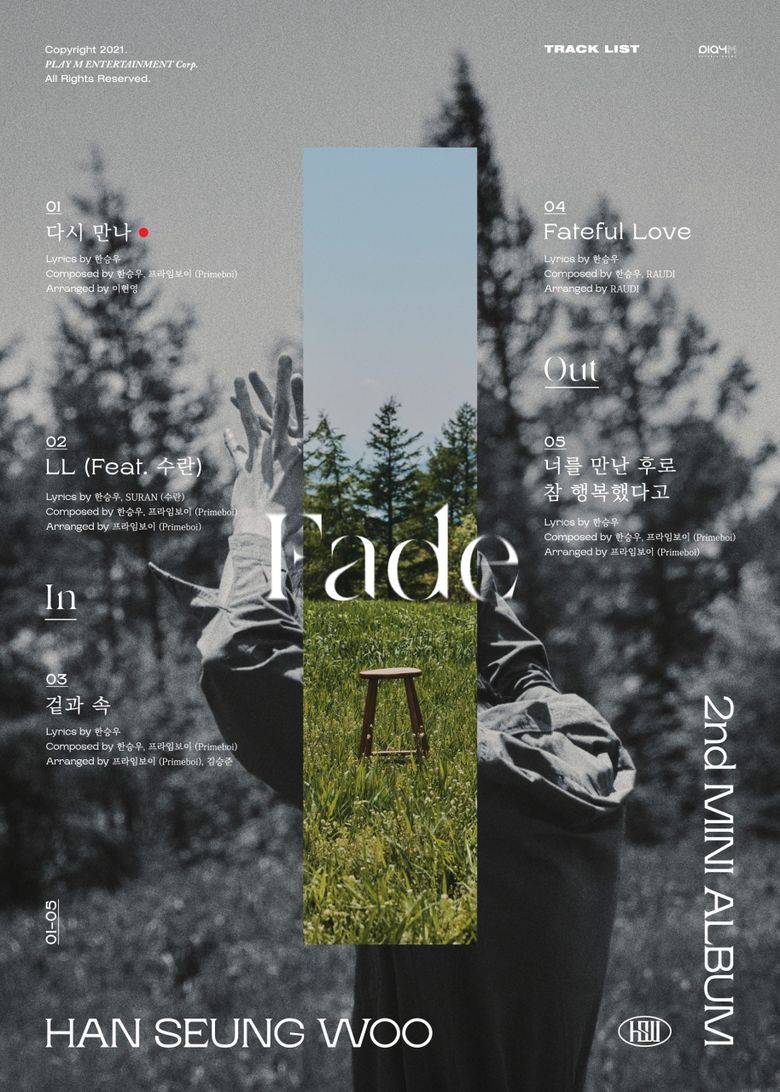 SeungWoo's second mini-album is composed of 5 songs spanning 18 minutes and 3 seconds. All the songs are written by SeungWoo entirely except for 'LL' where he collaborates with singer-songwriter SuRan. Composer Primeboi has also participated in this album with considerable contributions in production, arrangement and composition. The title song for this album, 'See You Again' also received a music video. The other songs in this album include 'On & Off', 'Fateful Love' and 'We Loved Each Other'.

The music video opens with a nostalgic scene as SeungWoo sings to himself against his piano while some people are packing up to leave. Seasons change outside but he stays the same. The music video ends near the ocean, signifying the overwhelming depth of his feelings. The song is vocal-heavy and the music video is devoid of distractions to focus on what's important: SeungWoo's incredible voice.

Which song from "Fade" is your favourite?

We Loved Each Other 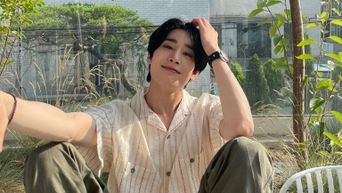