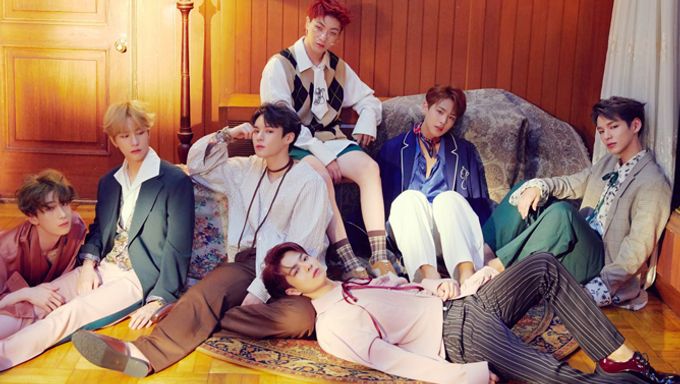 Boy group VICTON has successfully began their comeback with the first performance of their new song 'TIME OF SORROW' on May 24th at Mnet "Mcountdown".

This song shows how members of VICTON experience the sad and bitterness of love. Through the upgraded stage performance yesterday, fans noticed how much the boys had improved and returned on stage.

Dressed in pure white shirts, VICTON expressed their emotions through a sentimental stage. Thanks to the beautiful, graceful choreography and lyrical melody of the song, many were impressed by the new image which VICTON had given. They were also able to see the different charisma of each members through the flawless performance and outstanding vocals yesterday.

VICTON released their new song 'TIME OF SORROW' on May 23rd and this song has the meaning of facing the time of sadness especially after the separation from love. The lyrics of the song also expresses the emotions and sentiments felt during such process.

Impressing their fans even more, it was revealed that members SeungWoo and HanSe participated in the composing of their title track. It was also the first time that VICTON has their song making into the "Top 100" on various Korean music streaming sites.

Previously, it was also revealed that VICTON has also appeared on MBC "Weekly Idol" as a special guest on May 23rd and earned the nickname of 'beagle idol' after showing other sides of their usual self. It is expected that VICTON would continue to rise based on the results which they are achieving now.

After their comeback stage, VICTON had also posted on their Twitter account saying that they were able to finish their performance successfully thanks to their fans. They also asked fans to make lots of wonderful memories.

VICTON will be promoting their title track 'TIME OF SORROW' on other music shows.