Viewers' Hearts Ache As SF9 Received No Votes On Self-Evaluation Of "KINGDOM: LEGENDARY WAR" Round 1 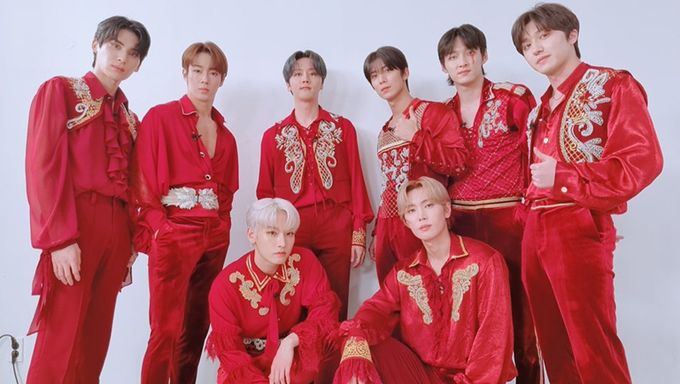 The last performances for Round 1 of "KINGDOM: LEGENDARY WAR" were released on Apr. 15 along with the first half of the results.

The ranking from the experts' votes was released first followed by the votes from the self-evaluation. The two results make 50% of the score for Round 1. For the full explanation of the vote and rankings, check our previous article here.

SF9 had majestically performed to their song 'Now or Never' rearranged into 'Jealous' for the show. You can watch their performance below.

SF9 was ranked 4th (out of 6) by the experts. But the results of the self-evaluation vote had surprised members and the viewers. Each team on the show voted for 3 groups but SF9 received none of them. They are the only team that did not receive even one vote.

The reaction to the results of the members and the speech of InSeong made viewers' hearts ache.

In his interview, InSeong said that he was very upset as they did not receive a single vote for the self-evaluation. He added that when he heard the results in front of all the other teams, he also felt embarrassed. He wondered how did the other teams see their stages: did we not made an impact, did they think we were not good? 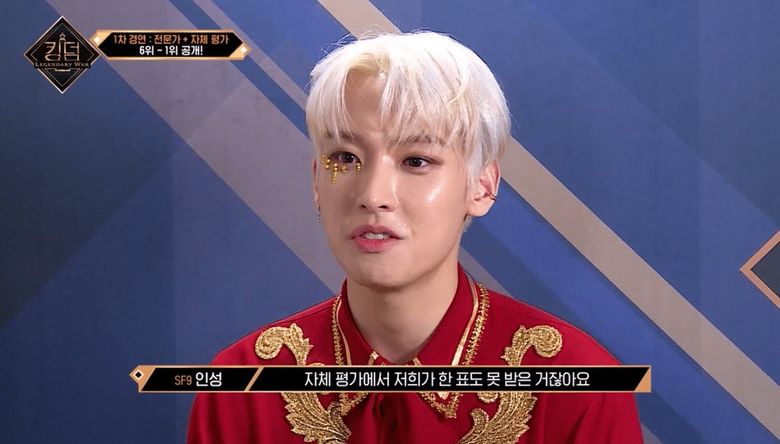 Netizens commented: "So sad", "I am not a fan but this is so heartbreaking", "I am from another fandom, SF9 did a really good job", "The stage was very good, fighting", "Don't get discouraged, you did well", "I feel like I'm going to cry even if I'm not my favorite idol", "I feel even more upset", "My heart hurts", etc.

However, SF9 is far from having shown all their potential on the show yet! There are much more rounds and performances ahead where members can show even more of their great vocals and rap, splendid dancing, outstanding stage acting, and more. FANTASY has mentioned the members' multiple talents as the first reason why they love the group.

Did your heart also ache? 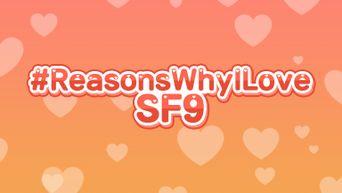 A Page Of Love Written To SF9 By FANTASY #ReasonsWhyILove 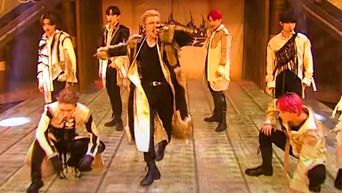 First Half Of The Results Of "KINGDOM: LEGENDARY WAR" Round 1 Simply Explained

SF9 fighting! Fanstasy are here and always rooting for you! You guys doing great for this performance! Keep fighting till the end and show them the real sf9! Im rooting you guys from far here🤧. To be sensation feeling from 9 guys! Saranghaeeeeeyo!!!

Thats why SF9 said, they only have fantasy 😭

Don't be discouraged. The thing ,which is not in our hand,we cannot do that.But,the one which we have ,we can.And,we believe ,you all have done your best. We can worry,but it doesn't solves the situation. We will have more opportunities. Let's work harder for that.That day will come ,and we'll be glad.

Dont be sad My Kings SF9..we fantasies will always love and support you in every way...cheer up my kings..you have prove to others that you truly are the kings and they fear you so cheer up and always surprise us with your amazing performances..❤👍👍

Don't be sad sf9, we are here to cheer you up. No matter what your the best players.and we fantasy will love you. Fighting!!

SF9 is an extra-ordinary, talented group. They are so amazing that I feel that the KINGDOM stage, where they are evaluated, does not deserve them.

I died...honestly...I am a multistan and I was ready to shake some sense into everyone who was voting...ARE THEY CRAYCRAY or what? SF9's performance was ART. I was devastated to hear that no one not even the other groups gave SF9 a vote...when they had 3 choices.

SF9 is the best and fantasies know that❤️

Please don't blame yourself SF9, you guys have done a really great work. The performance really amazing and the story behind it absolutely fascinating.
You guys have lot of talent it's just people didn't see it yet. Keep moving forward. FIGHTING.
SF9 X FANTASY ♾️

Fans of other groups itself saying how good SF9 performance is.

Iam wondering for how long they are going to continue to do so. If they do it for other remaining rounds too despite SF9's good performance, then not only general public and Fantasy's, but their own fans will feel bad.
No need of 'those' votes, as SF9 is already claiming fans with their performance

They were amazing but people are pathetic for dragging them down I loved sf9s performance nfl I feel so frustrated.

And also I thought the other groups are all good people with good competitive attitude thank you for proving me wrong, I won't stan any other groups from now on other than SF9. ALL THE FANTASY'S do the same please. They don't deserve our support or love.

How long are the other groups can do this they definitely won't do it till the last round because if they continue this they are only turning Their own fans to their enemies, every other groups stanners or fans feel the sympathy and the wronged behaviour of other groups towards SF9, no doubt my babies did amazingly Ateez performance was not at all great they just had a big showy stage and did nothing other than singing and dancing to their song, they definitely didn't deserve the 1st place.

Hey hey, we are FANTASY(a good fandom). As much SF9's performance was amazing we should not bring down other groups performances and efforts. All groups did great. Eventhough SF9 did not recieve a result they deserved at all, they still have next week...Lets all pray and hope their ranking improves a lot. 'The Boyz' will be attemptimg 'O Sole Mio' and I am goin crazy. Anyone can win with that ICONIC song of SF9...that's how good it is. Hope SF9 does well on 'The Stealer', I am so curious how they will change it. Wish all the groups the best… Read more »

I just think that others were scared if SF9 would win because their performance was so much better than others! And so they didnt vote for them:)
(Jealous)🥺❤🤡

I don't beleive this . They are superb in performance .
I m really dissponted by the result

I was so sad that I thought about that day Saw their faces Tears are flowing every now and then. Pity my Sebgu Keep fighting, I'll be with you forever.

I may not Fantasy but how can they not have just one vote for self evaluation? Are you kidding me! They are amazing in all their performances but why? Maybe other group did it for purpose because they feared SF9🤔 Hwaiting SF9, You Can Do It.

Other groups are feared of SF9.. that’s why didn’t gave any vote...inseong don’t feel embarrassed.... you are better than others. Fantasies are with you.. Fighting..

Looks like other groups are very afraid of SF9