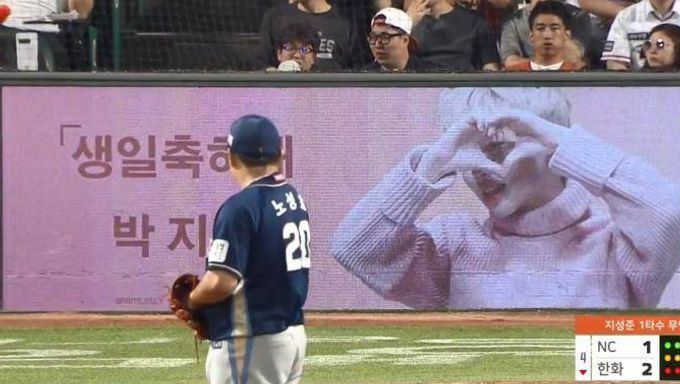 Fans from all over the world celebrated his birthday and it was noticed that his birthday ad had appeared on a baseball game which was aired through MBC yesterday.

Baseball fans who were watching the game were suddenly distracted by the appearance of Park JiHoon's birthday ad when the camera was focused on the baseball player!

It had caused some laughter among them and even the sports commentator talked about him! He said that fans had put up an advertisement for Park JiHoon as it was his birthday.

Thanks to Park JiHoon's appearance on the screen, it allowed many to take a break from the tense sports situation.

We would like to wish him a happy birthday once more!