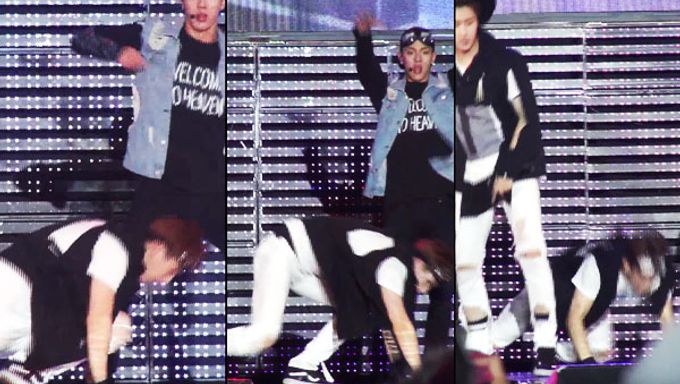 Idol singers' stage accidents have been introduced before, this time focusing in the rookie hip-hop band Monsta X from Starship Entertainment. On 10th October, the gig in question took place in Seoul on Saturday during a concert hosted by national broadcasting station MBC. The seven-member boy band was filmed performing their latest title track, 'Rush', at the outdoor show. Unfortunately, rainy weather became an obstacle with the floor of the stage becoming very slippery. During this stage, member Wonho 2 times, other members, Minhyuk and I.M, also face-planted the slippery stage.

But the members have stayed professional as they just pick themselves up and continue singing and dancing for their own stage and audience. It will inspire you to keep going no matter what. A viral video of the performance posted to YouTube have been gaining sympathy from all over the world since it was uploaded on Saturday.