Weekly Romance Pick: Baek SungChul Understands The Meaning Of Consent In His Noona Romance With Hani In "Not Yet Thirty" 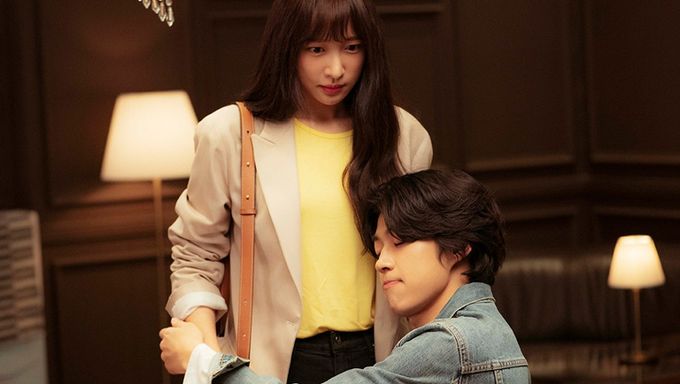 In this Thursday series, we are choosing THE most romantic scene of the week (and not several like before). It is an editor pick series (or a weekly dilemma to choose only one).

The selection is done from dramas airing from Wednesdays to the following Tuesdays (currently watching: "River Where The Moon Rises", "Hello, Me!", "Vincenzo", "Not Yet Thirty", "Be My Boyfriend", "The Sweet Blood", "Navillera").

Be aware of MAJOR spoilers.

This week (Mar. 17 - 23) our pick goes to Baek SungChul making Hani's heart flutter in "Not Yet Thirty" by proving he is a trustworthy and caring man.

To sum up, in the drama, Baek SungChul (acting as Hyung JoonYoung) has a huge crush on Hani (acting as Lee RanJu). He is younger than her. He is also straightforward and cute while expressing his feelings. Hani was not interested at first but started to fall for his charms.

In this scene, Hani came back from a horrible blind date (the man brought her to the hotel) and met Baek SungChul. They remembered the first time they met on a blind date (where he was pretending to be older). Since she couldn't remember how it ended, he explained what happened.

At the end of the blind date, Hani was drunk and she brought him to the hotel. He kept on saying that he needed to leave but she kept on making move to him. Baek SungChul tried hard to escape from her.

When she started to vomit, he took care of her (when they just met), put her to sleep, and made sure her clothes were clean before leaving the room.

When she heard the story Hani asked: "Why did you do this? They must have been a reason why you came to the hotel".

He answered: "I'm not the kind of guy who touches girls when they are drunk." This guy knows about consent.

Hani was touched by his answer and get to know that he was trustworthy. She then asked him "how about a sober girl?" to which he answered with a kiss. 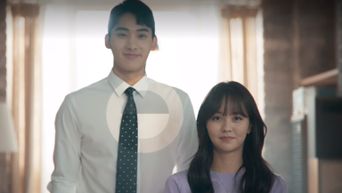