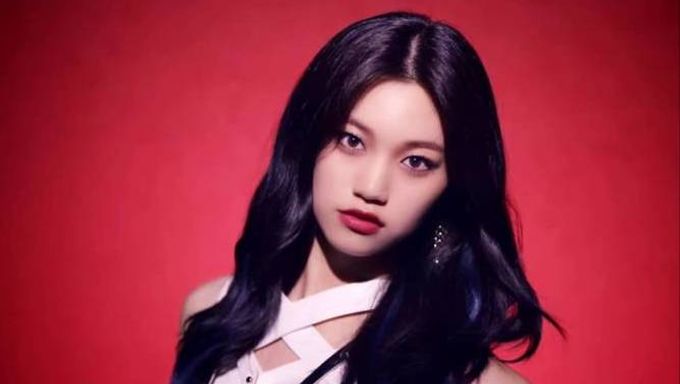 Photos of Weki Meki DoYeon looking quite bitter behind the members of IZ*ONE on M Countdown have been circulating on various online communities.

Many netizens have been talking about how DoYeon being a former member of the 'Produce 101' affiliated girl group I.O.I may have been the reason for her facial expression. She too once enjoyed widespread popularity as being a member of the nation's girl group. Of course, while she still continues to remain relevant within the K-Pop scene, there's no denying that the two years as part of I.O.I were desirable.

This has also naturally got some people talking about how IZ*ONE too won't be enjoying the same success that they are seeing right now in two years time. Many have agreed that former I.O.I members aren't doing as well as fans expected and the same will happen to IZ*ONE.

lol she is not glaring just looking

wtf she's just staring at them

she tired she wanna sleep ok?

she not even glaring y’all blind

bruhh she obviously is not glaring

Doyeon is obviously not glaring lmao

All depends on how their company promotes them and what kind of music their producers will make. At the moment I think Stone Entertainment has some best music producers in business. If you listen carefully to IZ*ONE or fromis-9 songs they are all made to be smash hits. I think they will still be doing well in 2 years time and wish them best of luck. Fighting!