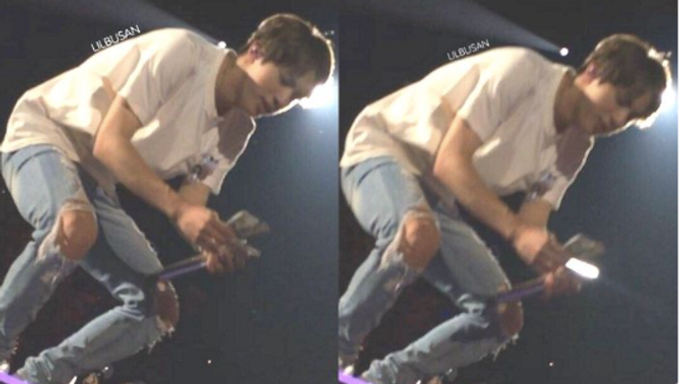 Among all the gifts that fans give to K-Pop idols, this one seems to be the most interesting that we've heard recently.

Just recently on September 13th, BTS, who are currently on their world tour, performed at the Oracle Arena in Oakland. Even before the concert began, there was a long line of fans who stood outside waiting to get in, and according to reports the line was 160 meters long.

And of course, once the concert began, fans inevitably went crazy over the global superstars. During their concert, one fan threw a wad of cash on the stage towards Jin. So what is the first thing you would do when you have a wad of cash thrown at you? Well, for most of us, we'd quickly pick it up and stash it in our pocket.

However, Jin did something else. He picked it up and began counting how many stacks there were. Yes, it seems that the K-Pop idol was curious to see how much the fan threw.

After counting the amount, he tossed the wad of cash back at the fan.

wow he is nice