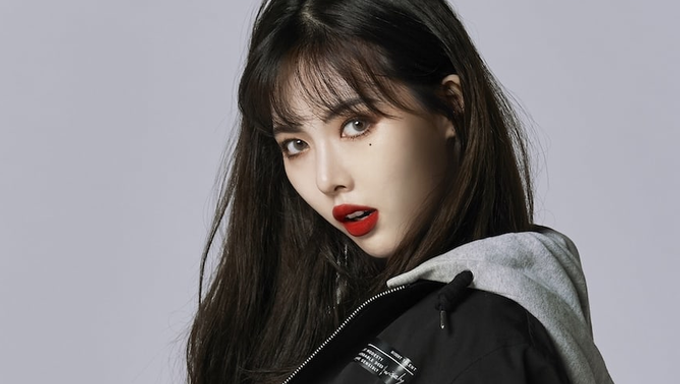 She was seen wearing a yellow bikini top with baggy pants for her stage attire. However, her bikini top wasn't functioning the way it was meant to, nearly exposing the K-Pop idol's breasts.

Netizens have been talking about it ever since, and there have been those who have been criticizing her saying it was most likely planned and intentional, whereas others have been applauding her ability to control the vibes of the crowd and stage all by herself. 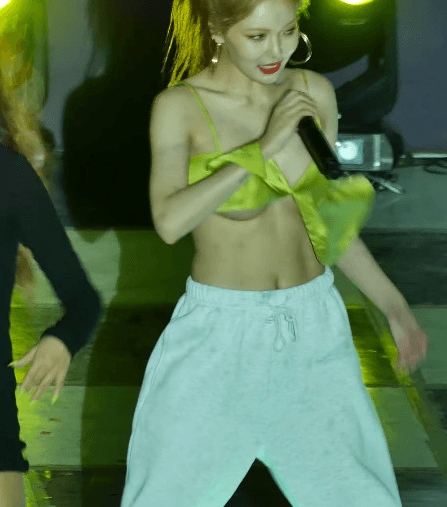 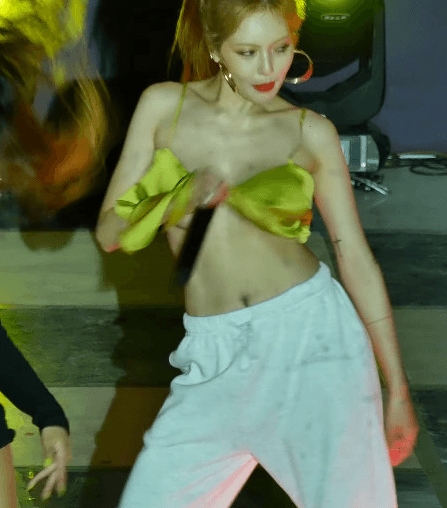 "I like HyunA these days a lot more than the old HyunA. She looks so much happier. So pretty!!"

"We're tired of you stripping you sl*t, so cheap. Is this what you think is sexy? There's a difference between sexy and cheap."

"Us guys don't have anything to say negatively about HyunA lol"

"It's hard for just one person to dominate the entire stage."

Thankfully, she carried on performing maintaining professionalism and managed to get things under control with her other hand.

She must've been uncomfortable about that too. Look at her face expression. She tries to control it for the sake of the stage. She's not a slut you ugly hearted people!

btw she is so ugly

Guest
Fuck u
Reply to  Guest

Fuck u bitch bet u ugly to

thats not even sexy

umm she’s not trying to be sexy by doing that, and you don’t need to comment on someone’s appearance, don’t be rude

It’s not like she did it on purpose, so there’s really no point in commenting that

Bc it's a free country

why did you click on this article then, nobody told you to come here in the first place

believe me i wont lmao

Man enjoy the show! Although, that ensemble looked made to fail!

This false moralism of some koreans is incredible. Is the same people who put hidden cameras in hotels to spy guests, use students of a arts school to perform for the "high society" without compensation, andkeep labeling and juding people for the most stupid reasons, even if is an acident like this.
Huyna have to take real care of her image, cause this hypocite people are gonna judge her all the way of her career from now on.