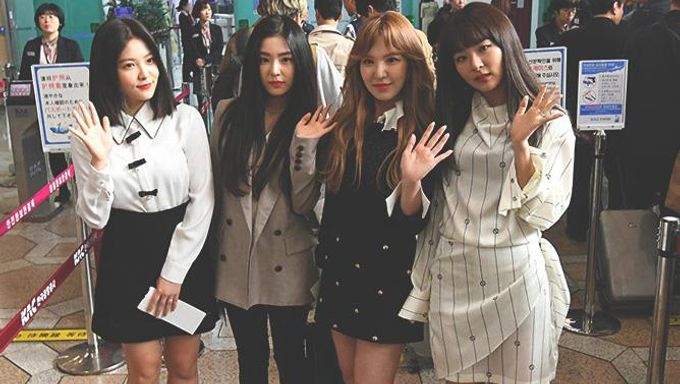 While South Korean news agencies have mostly been complimenting Red Velvet's performance in North Korea, a reporter in South Korea who was once a North Korean refugee apparently has a different story to tell.

"Everyone seemed to be lost and had blank expressions on their faces as Red Velvet's highly anticipated concert which promised to show capitalism's best failed to do so. I was disappointed as much as they were. They can't sing, and their choreography synchronization was all over the place. We have to remember that they were performing for a country where 10,000 people could synchronize their motions with each other perfectly. But the South showed four girls who could barely manage to move as one. "

What do you think? Was Red Velvet's performance really cringe-worthy? Or are North Koreans just hard to impress? Feel free to share your thoughts!

Honestly they were probably really nervous and scared being without 1 member and in North Korea. I don't blame them.

that reporter is mad dumb.. it’s north korea. they’re not allowed to show a hint of emotion in their faces. plus, in the audience there were a few girls smiling and enjoying the performance LOL. pathetic TT

I feel sorry for the gals. They must have felt silly and embarrassed with their sexy moves, performing before a society that is still experiencing hardship and which holds such different values. I felt the wave of judgmental eyes on their performance, as if incredulous of how shallow they were. For a few minutes, I was able to see Red Velvet's performance through the eyes of the North Korean audience. It got me thinking of my own values as well despite me being a KPOP fan. Some performances are skimpy and highly sexualised. What does it say of me if… Read more »

look dude shut the fuck up . the dont really knew there songs as south korean music is banned in north korea. u r the one who is judgemental

ok i think they have never seen another culture do this. I think they were inpressed but they didn't maybe know what kpop is.

I dont think RV did very well but it might be they were thrown off by only having four members..i feel a replacement group should have been sent instead..

After your comment, I went to check out Lee Sun-hee's performance on youtube. Indeed, it was powerful and authentic. In comparison, Red Velvet was shown up as a commercialized package for a consumer society. I wonder whether the latter just reaffirmed the North Korea's beliefs.

Possibly..but there were other singers the audience did react to like Choi Jin-hee and especially Lee Sun-hee who`s performance and voice were a tour de force