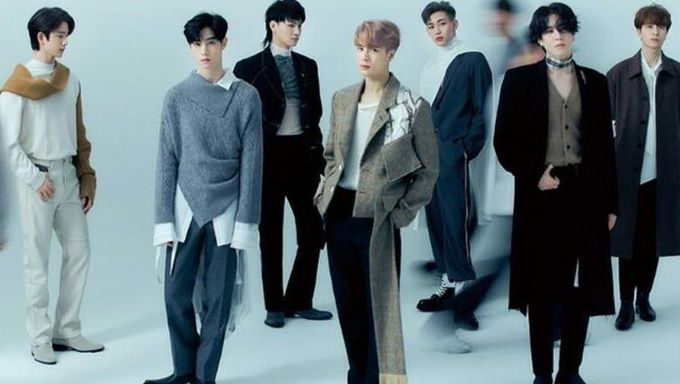 So the future of K-Pop idol group GOT7 is currently one of the hottest issue that both the group's fandom iGOT7's (Aghases) and K-Pop fans are currently talking about.

Being one of the most popular boy groups in the industry at the moment, it's only natural that so many people would be interested in what the future may hold for them upon the expiration of their contracts with JYP Entertainment.

One question that everyone may be asking at this point is, is the group disbanding?

Well, based on various reports and what the individual group members have decided on, they will continue to remain close together, but are all currently in talks with different agencies. This means that for now, the members will most likely focus on their individual careers and may reunite one day when things have settled down for each of their careers.

"The past 7 years have been the best years of my life. Nothing is coming to an end, just the beginning. The seven of us are going to continue to bring you guys the best version of us till the end."

The past 7 years have been the best years of my life. Nothing is coming to an end, just the beginning. The seven of us are going to continue to bring you guys the best version of us till the end. #GOT7FOREVER pic.twitter.com/WnRK852Txd

The 35th GOLDEN DISC AWARDS marked the final activity as a group as of now.

JinYoung recently wrapped up talks with acting agency BH Entertainment, while YuGyeom reportedly will be joining AOMG fronted by Jay Park, who also used to be part of JYP Entertainment in the past. YoungJae is reportedly leaving to SUBLIME Artist Agency, while JB is currently receiving various offers that will support his solo career. Jackson Wang as many fans already may know will be continuing with Team Wang while BamBam will be focusing his career in both Thailand and South Korea. According to Dispatch, Mark will be returning to Los Angeles, and will be focusing on a YouTube career, while a solo career is also an option he is currently considering.

So how are fans reacting to the news? In recent times, it's no secret that they have not been too happy with the way JYP Entertainment has been managing the group members.

Below are some of the things that the fans have been saying on discussions.