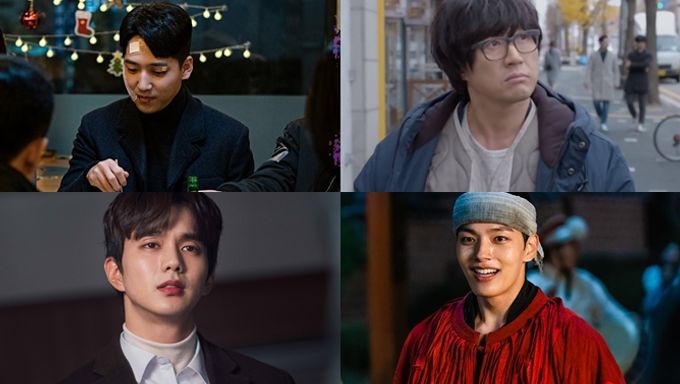 Currently airing at the same time and on the main channels are “Bad Detective” (MBC), “My Strange Hero” (SBS) and “My Lawyer, Mr. Jo 2” (KBS) at 10 pm KST. On cable channels and at different time, there are “The Crowned Clown” (tvN) and “Clean With Passion For Now” (JTBC) at 9:30 pm.

“My Lawyer, Mr. Jo 2” and “The Crowned Clown” started this week. “Clean With Passion For Now” did not broadcast this week and will start again from next week, January 14th.

"My Lawyer, Mr. Jo 2" started with great ratings and took the first rank on the main channels. “Bad Detective" lost its first place and decreased significantly of ratings.

“My Strange Hero” decreased very significantly from last week from 8.1 to 4.3% (14 to 15th episode). Last week, it was the only drama to air on that time slot. The week before, the drama had 6% for its ratings of episode 10th.

“The Crowned Clown” started with high ratings and ratings increased for its second episode.

Did you start “The Crowned Clown”?