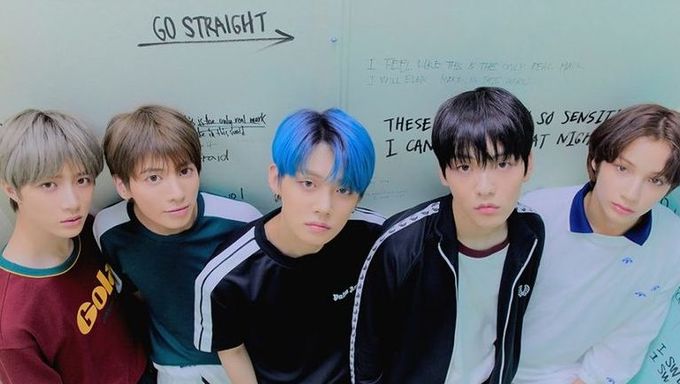 If you have certain friends who usually remain silent and never respond to any messages in a group chat, TXT can sympathize.

It seems that the boy group too has a certain member who never responds in their group chatroom. During a recent live broadcast, YeonJun low key called out the member. However, he defended himself with his own reasons for doing so.

A fan asked which member does this particular thing.

YeonJun began to look in the direction of the group's maknae, Hueningkai.

Hueningkai did his best not to notice, but eventually let out a smile.

YeonJun didn't specifically mention any names, but he did say "someone" in the group never responded in group chats. Of course, Hueningkai couldn't pretend to be oblivious to what was going on any longer, and gave his reasons for why he never responded. He stated that he didn't feel the need to because they saw each other in person on a daily basis.

Who would you side with on this one? YeonJun or Hueningkai?

?: Who is the most silent in your Kakaotalk GC?

?: But we all see each other everyday so...
?: Yeah, but there is someone who left us on read only & doesn't respond~ (still looking at HK)