Who Will Be The Center For Debuting Group Of “Produce X 101”? Kim YoHan Or Kim WooSeok? 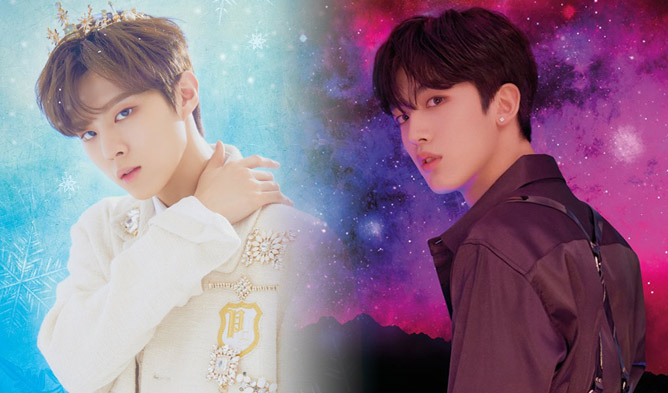 The final episode of Mnet “Produce X 101” will finally be airing tonight at 8 pm KST and many fans could not wait to find out which trainees will eventually become part of the debuting team.

As of now, we all know that there are 2 trainees in particular who have been ‘revolving’ around the 1st spot for quite some time. They are none other than OUI’s Kim YoHan and TOP Media’s Kim WooSeok. 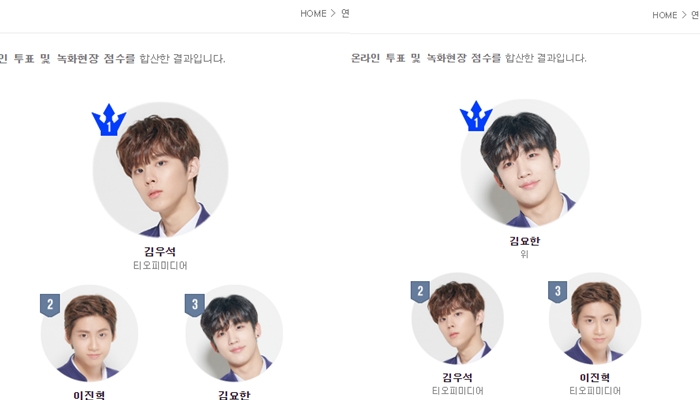 With that being said, netizens are wondering which trainee will become the center since they have seen data of them receiving the highest amount of votes up till now.

Looking at the above data, many also believe that they are the two possible candidates that will be competing for glory of becoming the number 1 trainee.

In addition, they are also the only 2 trainees who had reached the 5th stage of support on Dear.101! 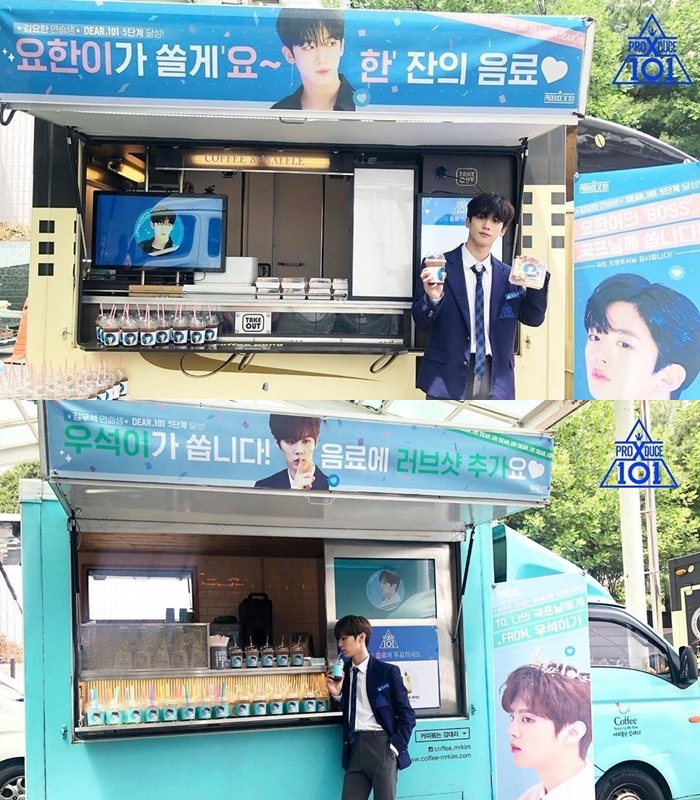 Not long ago, pictures of them receiving their ‘prize’ were uploaded. Both trainees could be seen standing in front of the cafe trucks sent out just for them!

Once again, they had proven their popularity as it was definitely not easy to be able to hit the 5th stage of Dear. 101!

Who do you think will become the center of the debuting group?

Read More : Fans Are Giving Round Trip Ticket To Hawaii, iPad, And More If You Vote For These “Produce X 101” Trainees