Why K-Pop Idols Seem Much More Talented Than Japanese Idols 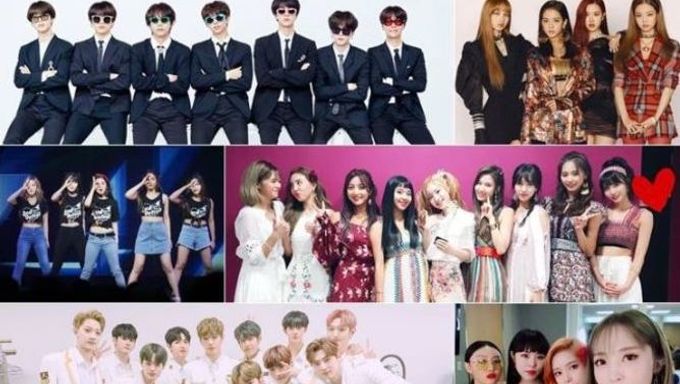 We've seen the awkward moment where everyone was quite surprised by the apparent and stark gap in skills between South Korean and Japanese idols. When? Well there were quite a few but one recent one was during the competition rounds on Produce 48.

There seems to be a general consensus that K-Pop idols possess more skills than most Japanese idols. Why is this?

For starters, a culture critic by the name of Ha JaeKeun once stated

"Japanese idols are expected first and foremost to be entertainers, not artists. This means they do not necessarily have to possess any real talent, as long as they can entertain people in any way they can."

In addition, we don't need to look any further either than K-Pop entertainment agencies, we may have the answer right in front of us. The rigorous training sessions and the amount of time, money, and energy being invested into all the singing and dancing lessons. It would actually be quite ironic if the skills of K-Pop idols were equal to that of a Japanese idol even after all of those resources being used on idol training in K-Pop.

And given that the K-Pop industry is one that differs from music industries of other nations based on the fact that it changes much faster than the rest, everyone in it has to continuously think of ways to differentiate themselves from the mass. Remember those people on K-Pop forums saying that K-Pop is a homogenous industry that is all about big investments and mass producing the same boys and girls over and over? Well the scenario definitely is true to some degree, which is why K-Pop itself must continue evolving and catering to the needs and demands of the audience.

One way that agencies dealt with this high standard was to start producing idols who could write songs as well. G-Dragon is obviously one of the first to begin this trend, and now we also have idols of the younger generation doing the same such as BTS's RM and Suga.

This means that K-Pop idols now would have more advantage if they also possessed songwriting and producing capabilities.

Considering all of this, how could they not be formidable individuals for most people within the highly competitive nature of the music industry?