Will BLACKPINK Turn The Table For YG With 'KILL THIS LOVE' Comeback? 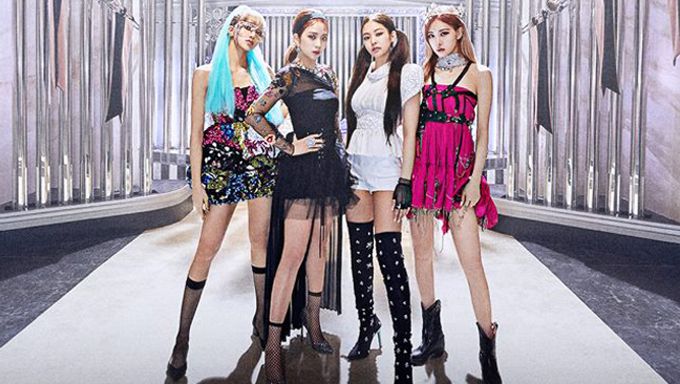 If you have been catching up with the K-Pop news these days, you would definitely not miss out on the ongoing 'Burning Sun' scandal which has been causing a sensation not only in Korea but internationally too.

Despite that being said, BLACKPINK who is under YG Entertainment will be making a comeback with 'KILL THIS LOVE' on Apr. 5. It has been 10 months since their last comeback with 'DDU-DU DDU-DU'.

With their comeback, many are wondering if the girls would be able to score results better than before and also able to 'save' the situation YG is currently in.

According to a news report by Newsen, they pointed out 3 reasons why this comeback might be the turning point for both BLACKPINK and YG Entertainment. Let's find out what they are.

One of the changes in this mini album that caused many to raise an eyebrow is the time of the album release.

It was written down that BLACKPINK will be releasing their mini album on Apr. 5, 0 am KST. Usually for most cases, Korean entertainment companies release albums of their artists at 6 pm KST in order for them to score better in local music charts. 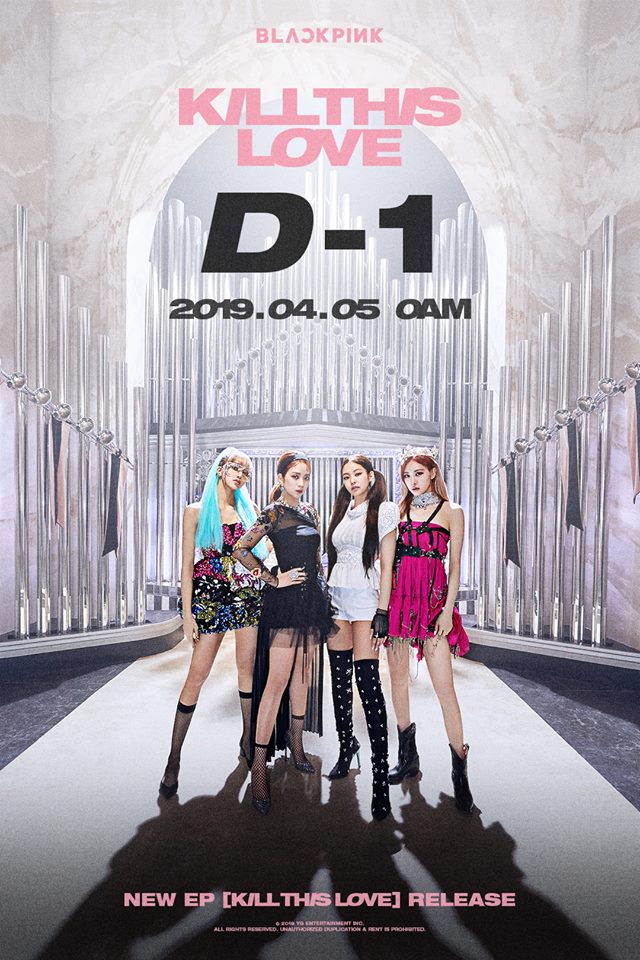 In the case when a song is released at 0 am KST, the song will only be reflected in the music chart at 8 am KST with the new change in law.

Looking at the decision made by YG Entertainment, it seemed as if the agency aims to favor the international market instead. According to an explanation by the agency, they also shared that by releasing the mini album at 0 am KST, it is more advantageous for BLACKPINK to score on Billboard charts.

Some time ago, BLACKPINK released the track list for their upcoming mini album. 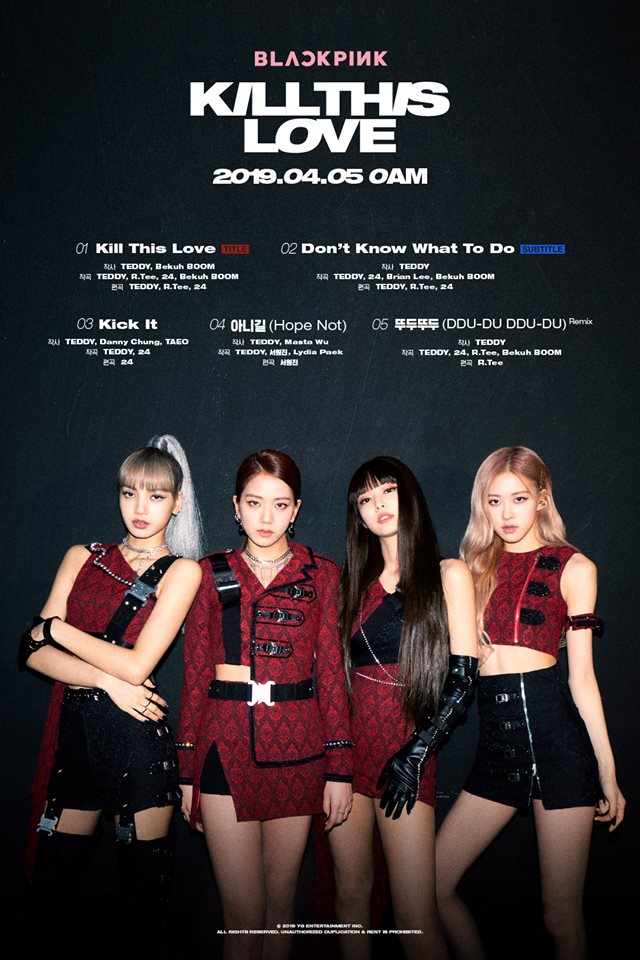 For this mini album, it consists of 5 tracks with one being a remixed version of 'DDU-DU DDU-DU'. As the 4 new tracks were noted to be produced by YG's hit producer, TEDDY, many also believe that the songs would be good or even better than what the girls currently have.

With a highly experienced producer working with them, fans also felt that BLACKPINK might break a new record.

One reason why BLACKPINK's comeback is such a huge deal for many is because of how they are the first artists from YG Entertainment to make a comeback ever since the start of the 'Burning Sun' scandal.

Many began wonder if BLACKPINK would be able to 'save' YG Entertainment with their upcoming comeback.

BLACKPINK will be returning on Apr. 5 with 'KILL THIS LOVE' and performing at America's largest music festival, Coachella, on Apr. 12 and 19.

I'm annoy that this scandal even have to be mention. It a scandal that involved seungri and yes he happens to be sign under YG, but he is a "big boy"(adult) who should be responsible for his own actions. Korea really needs to wake up and realize that this is a Korea problem. It is sad that it takes now for Korea to "really" see this problem....some are still in denial. That's why I still will never visit that Korea or China. Throwing you under the bus too China. Sorry, but not sorry!!!!

honestly didn't like this new song. bp's first 5 songs were great but felt too much edm after. no doubt bp will dominate the chart. all the best to them; i'll wait for their next comeback.

I feel the scandal and lack of trust may hurt their overall numbers! But with Teddy saying "Better than what they've done" I feel the quality of their performance & mv will make it very respectable....to down right awesome! I personally can't wait! When I hear the name 'Teddy" I think....ok...I'm watching this!

I'm not even a BP fan but its obvious they are going to be the biggest Kpop group ever. Yet its too convenient for them to save YG right now.

This is really the Buttered Toast/ Cat paradox; one will likely fail.

Oh man, I am still busting my gut on this....and so appropriate for the article!!!