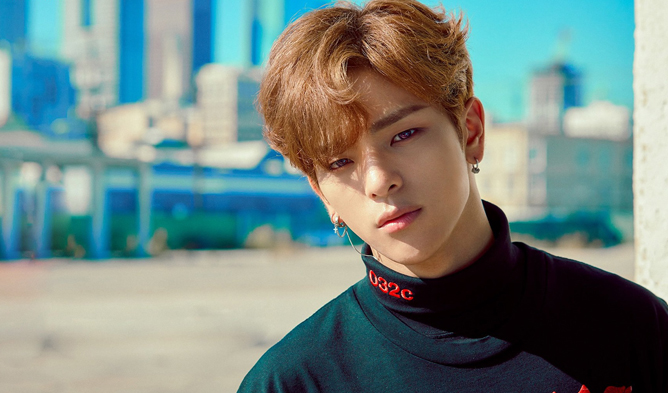 On Oct. 28, it was announced by JYP Entertainment that WooJin had left Stray Kids .

The news came to a shock for many fans, STAY as it was abrupt since they were planning to release a new mini album “Clé : LEVANTER” in Nov. 25. It is now pushed back to Dec. 9.

Below is the official statement from the agency. 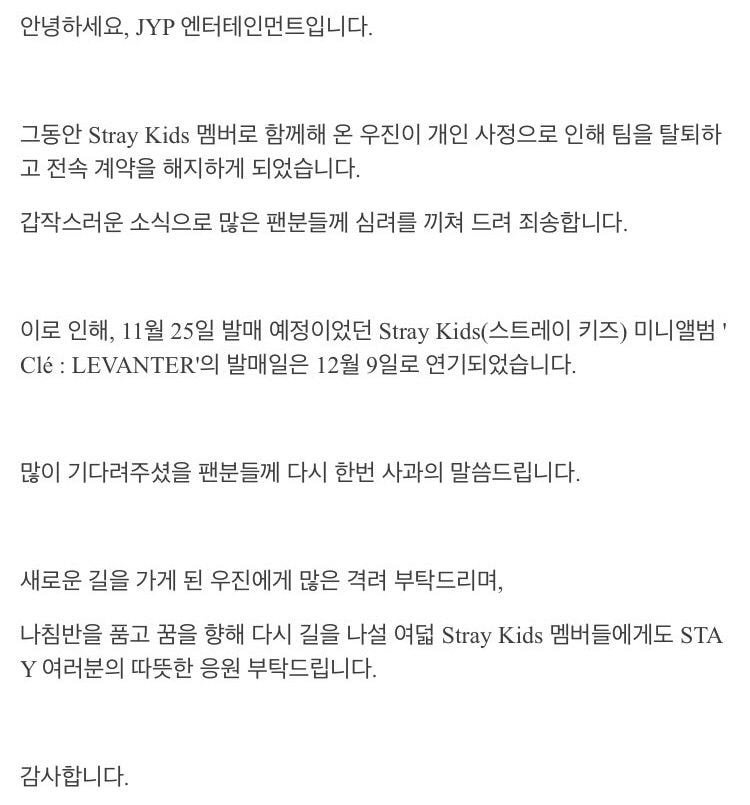 Unfortunately, STAY were unable to know much behind the reason as the agency only mentioned that WooJin had left the group due to personal reasons. They had also terminated the contract with him.

Stray Kids will be releasing a new mini album “Clé : LEVANTER” on Dec. 9.

I know he might not be coming back, so let’s just hope the best for him and Straykids

Stay, today has been a hard day. We honestly weren’t seeing this coming, but it’s best that we support him no matter what. Chan himself said that they are sad to not be able to keep the image of 9. Just please, if Chan doesn’t go live, don’t bather him about it, and if he does, please don’t mention this in his live. Instead, lets spam him with blue hearts to show we still support ot9 and will support Woojin and Skz no matter what. We unfortunately couldn’t make Stray Kids Stay, but we can still Stay For Stray Kids.… Read more »

Np! Thank you for spreading the news of these ideas!

hey guys we have to be positive about this and support what woojin wants to pursue! if you are a true stay you will want all 9 members to be happy, and if woojin is happiest pursuing another career, then we need to support him and be happy for him! don’t ask him to return because that simply puts more pressure on him! just be happy that he is brave enough to tell us! have a great day everyone and don’t be too sad 🙂 woojin would want us all to smile <3

sad spelled backwards is das and das how it rlly b sometimes ? stay strong stay. things happen, we just need to support his decision. hope this comment made you laugh ?

we will always support woojin & skz. But he is still a part of it! OT9❤️

I’m not a STAY but this is so sad…I’m sorry STAYs! stay strong~