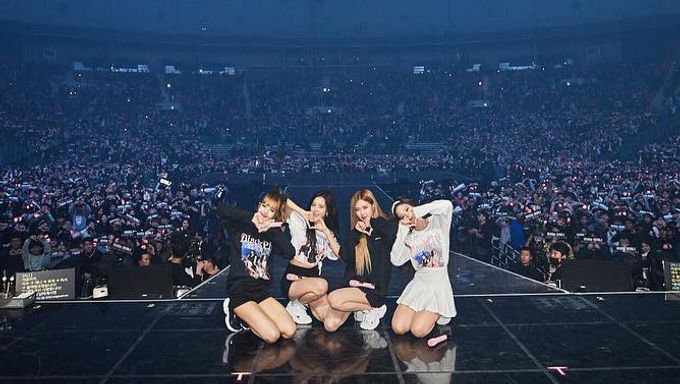 BLACKPINK is currently having their world tour "BLACKPINK In Your Area". For those who might be curious to find out where they are heading to, you might want to check out our post here.

Not long ago, it was announced that BLACKPINK had added two additional dates for their North America tour in Newark and Fort Worth after seeing the hot demand from fans.

On YG official website for BLACKPINK tour dates, it was also stated that they have sold out all 6 shows in North America.

However, some netizens began to notice that the announcement might not be entirely true as fans could still get tickets through authentic resale tickets easily and in large amount. 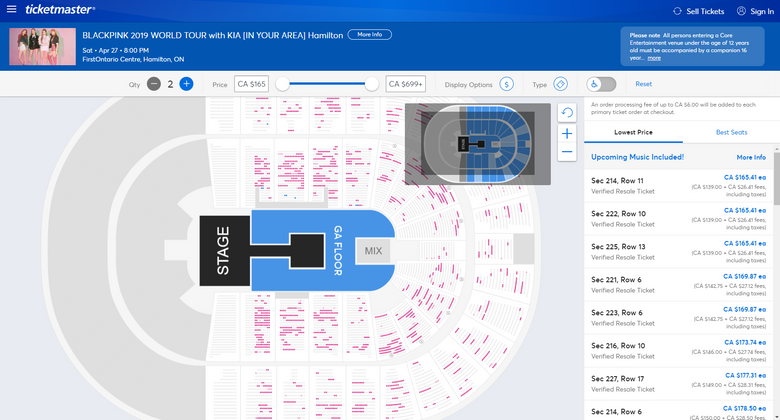 The two screen shots are from the shows in Hamilton and Newark. The pink dots represent the seats that could still be purchased as resale tickets.

As such, some netizens were not particularly happy at how the agency handled the issue and some were also confused as to why they had decided to rent such a huge venue for the girls right at the beginning if they would be such large amount of resale tickets.

What are your thoughts on this situation?

I seen this earlier then I open FB and this post is on my page YG should be honest because it makes ppl lose faith in the company and things they say and with SM you ppl will find out.

The Hamilton concert last night was actually pretty packed. I didn’t really see empty seats except for the ones on the very side where nobody wants to sit

People are money hungry they buy tickets to resale for hella profits that’s why tickets get so expensive!!

A lot of $25 ticket still available for Chicago . Seriously , $25 ticket noone wants to buy? I don't think they are doing well...

at least bts does sold out.

BUT, those are the tickets on the official site even if they are resale. some were even lowered to as much as $25 dollars... it’s not hate we just want YG to be honest. the tickets didn’t really sell out and these aren’t technically scalpers. even some without scalpers we’re still available.

Even if they are re sale tickets they if they are selling out and claimed to be as popular as a group like bats then those tickets would have also been bought, BTS definitely has scalpers who do this and there tickets go for a lot more but they actually still sell out

They're still many seats left though without the scalpers.

It's good to update about big lie going around than letting people believe it...people have the right to know... THE STRONG FACTS

Those seats are resale tickets, which means they were bought and are being sold at a higher price. Therefore, they are still considered sold out.

not all of them were resale, and some of the resale were even sold at 25 dollars. yg was too ambitious for their first tour and the initial ticket prices were to expensive.