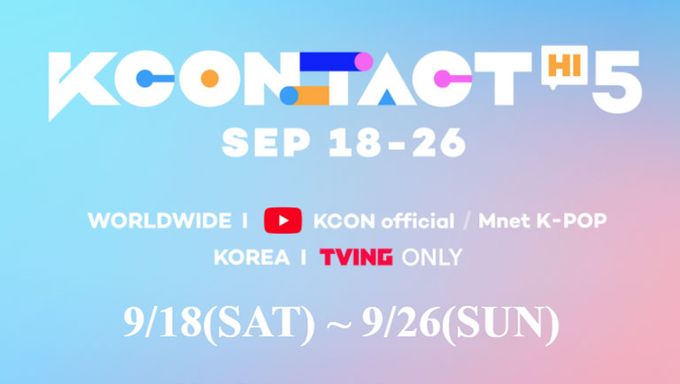 CJ NEM announced today the ultimate virtual K-Culture festival, KCON:TACT is set to return for a fifth season - ‘KCON:TACT HI 5’ - starting on September 18th. This 9-day event will be filled with KCON:TACT’s iconic and exclusive programs that have been capturing the hearts of global K-POP fans since the festival’s inception last year.

KCON, the world’s largest festival and fan celebration of Korean culture and music, started in 2012. Since then, it has attracted more than 1.1 million attendees to 24 events in multiple countries, including the United States, France, Australia, Mexico, Japan, and others. Last year, CJ ENM expanded its digital platforms and production capabilities to launch KCON:TACT, a virtual, contactless version of KCON, for its global content-hungry fans. After four successful runs with over 112 K-pop artist groups and a viewership of 17.45 million fans, KCON:TACT has positioned itself as the only K-Culture festival that continues to connect global K-pop fans and artists during the pandemic.

The upcoming KCON:TACT is titled ‘KCON:TACT HI 5’ after the universally known celebratory greeting. ‘KCON:TACT HI 5’ aspires to continue creating safe and intimate settings in which global K-POP fans can interact with each other and with their favorite artists, giving contactless ‘High Five’s’. This fifth season aims to prove again that a successful celebration of K-Culture is possible without being physically together. In addition, the contactless virtual KCON:TACT will evolve into a O4O(Online for Offline) platform, extending its exclusive content offline, further strengthening its position as the world’s largest K-culture festival..

Hyun Soo Kim, Head of CJ Music adds, “KCON:TACT continues to create an innovative showcase of music that are both mind blowing and intimate. The goal of KCON has always been to bring fans and artists closer together, and KCON:TACT has been an excellent solution to do just that while we can’t physically be together.”

CJ ENM will amplify its signature programs and content with innovative production and reality technological capabilities, such as the augmented reality KCON arena that the production team has been developing and mastering since the start of the online series. In addition to the artist performances, ‘KCON:TACT HI 5’ will take the fandom experience to the next level by increasing and strengthening the ‘personal talk’ and ‘live chat’ experiences with the artists and by implementing more interactive elements that capture the hearts of global K-pop fans.

For fans in the US, KCON:TACT will be bringing back panels at workshops that will be available for viewing on the same YouTube channels where the live ‘KCON:TACT HI 5’ concerts take place.

Live and On Demand Streams will be available on the KCON Official YouTube Channel & Mnet K-Pop YouTube Channel. KCON:TACT will again be streamed to countries around the world through YouTube to fans with a membership. In South Korea KCON:TACT HI 5 will be exclusively streamed on TVING. 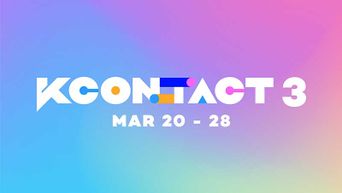