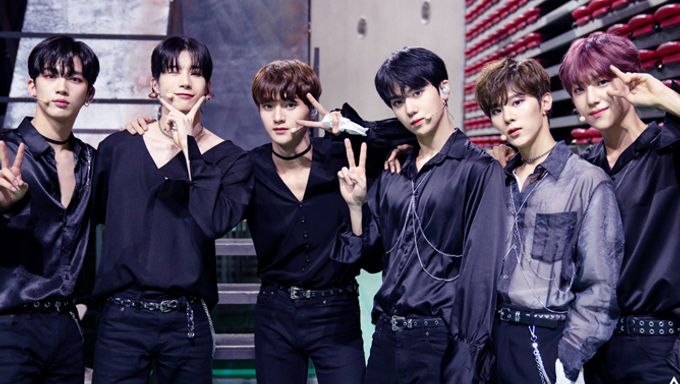 Are you an avid fan of Mnet "Produce" series? If you are, this piece of fact put together by netizens might be rather interesting to you!

They compiled the votes received during the 3rd round of elimination excluding the extra benefits for "Produce 101" Season 2 and "Produce X 101". Interestingly, the results showed that there were more people voting for the trainees during Season 2 rather than the current season. 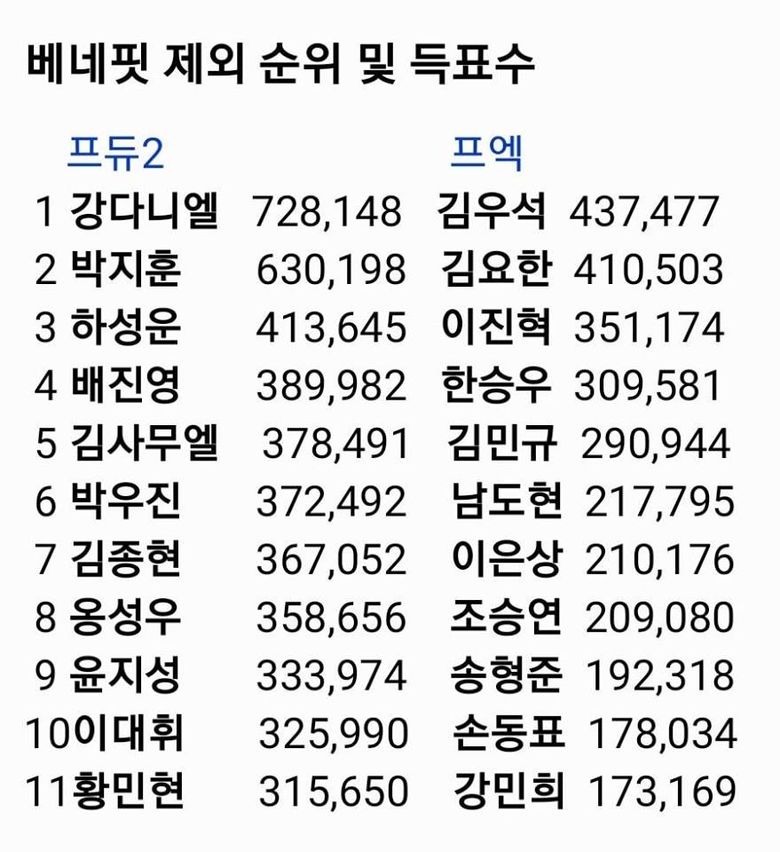 Below is the English translation of the data! 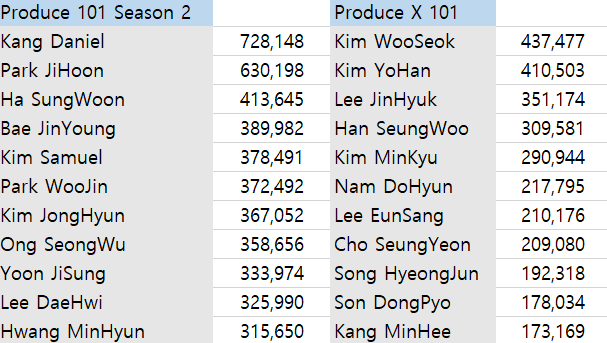 Comparing the results, it seemed that there is a large difference in votes for all the trainees in both seasons.

What do you think could be the reason behind the decrease in votes and viewership?

Read More : Who Do You Think Is The Sexiest Trainee In Produce X 101 ?

Theres no problem about this difference i think.It just that maybe its the 2nd time some people may not pay too much attention.And about the visuals, was S2 also a bit visual-voting while they only critisize the visuals this time.Back in S2,untalented trainees like Joo hakyeon,Lai guanlin,Bae jinyoung,Seonho,Ahn hyeonsub get through top20.People critisize till they have mouth!!! There are many talented trainees in top20 this time too,could they just be satisfy with them??Not all top20 could be full of talented trainees.Be happy with what you have.

I think what your saying is true but to add on I think people were just more interested in the 1st three season not only based on looks. I feel like produce X 101 has gone far beyond what produce 101 s1 and s2 were like with some things. Please don't bash me if you think I'm wrong. This is only me and my friends' opinions.

I'm sorry but you can't say that bae jinyoung is untalented.His vocals are very good

This time around Produce x 101 is all about visual. Its quite tiriing to see though. Other trainees fought together for the places but at the end knetz still chose visual over talent. Dongpyo, Hyeongjun, Sejin, Mingyu and Eunsang they got talent but tbh they are not ready to debut yet. Dont get me wrong, i like them especially Mingyu and Eunsang but yeahh they are all not ready yet. Why bother to debut a bunch of visual without strong talent? We wanna debut idols not just a magazine-material group

Maybe the votes are more spread out this time round... There are some interesting personalities.

This season's contestants are just not as interesting as those in season 2... Or the show itself is losing its popularity...

This is why they should let international fans vote periodt.

I agree. A couple in top 10 with visuals but with ZERO talents

They said excluding the extra benefits from the concept evaluation.

It's because this season sucks compared to Season 2.

that's what people said during that season compared to Season 1

you are wrong about top 11 in ss2... it’s Seung-woon not Minhyun

Do you see jaehwan? Do you see sungwoon itself,Ofc not. Do you see kim Jonghyun? Ofc yes because this vote isnt the finale vote.

Dang, actually its not the final ranks they were talking about, its about the evaluation before the finals

because it is so hard to vote. I really don't get how I donit. That's so sad because I really want to vote but I don't understand anything.

Only people living in Korea can vote that's why

Season 2 was 3 pick i think. And this season is 2 pick. And s2 was better hahah

Its because hard to voting especially for international fans? Mnet!!!

Like IZONE n IOI this Produce X n Wanna One. You know why 'the first' always more excited

yet look at who's more successful

Its because just one week voting this season, back then its two week