Park JiMin's Shout Out To Haters Got Fans Clapping Their Hands 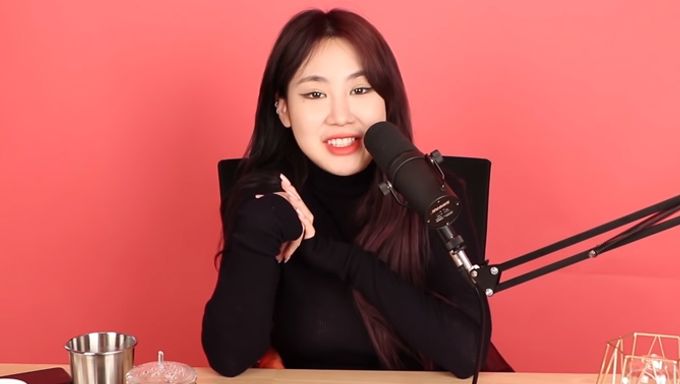 Park JiMin rose as a sensation when she blew the audience away during her appearance on SBS "K-Pop Star". Not only did she turn out to become the winner of the very first season, she had also entered JYP Entertainment and debuted as a member of 15&.

Not long ago, it was reported that she had left the agency and has been communicating with her fans through Instagram and appearance on various video contents too.

A couple of weeks earlier, Park JiMin had also uploaded photos on her Instagram, causing many to gasp at her transformation.

Many were amazed at her transformation but there were also some who did not seem to appreciate her. The photos then became the reason for her to trend on Korean search portal, Naver.

On Oct. 30, Park JiMin was featured in the latest YouTube video from DIVE Studios and mentioned the situation which she found herself in.

It appeared that some questioned if she had gotten a boob job and seeing those comments, Park JiMin had something to say to those people.

She was upset that instead of focusing on her music and the hard work which she had put in, her boobs were instead getting all the attention. With that being said, Park JiMin was very cool with sharing the fact that her boobs are all natural and she had not gotten any surgery done.

She even shared that it was her paternal family which had blessed her with such good genes.

Seeing how Park JiMin was so cool and straight forward to haters, many left positive comments on the video and cheered her on.

Did you also watch the video?

K-netz are even mad about someone's breast size now, but I can't say that I'm surprised. They really are way too invested in the lives of idols and don't even seem to notice.

It's so refreshing to see someone like Jimin who doesn't take any crap from anyone, though. Love that for her. You go, Jimin.

yess exactly, it makes me so sad that the only reason people notice her is because of her body or the fact that she has the same name as bts jimin. shes the besttt <3