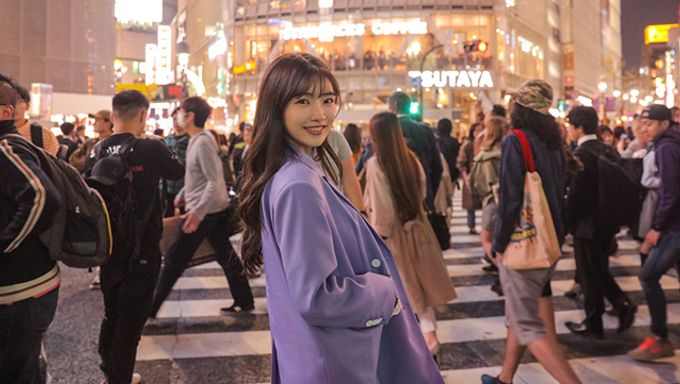 ‘City pop’ refers to a music genre that emerged in the late 70s Japan and neon-colored the glory days of the Bubble era(70 – 90s). This music which was heavily influenced by numerous western music at the time such as, funk, disco, R&B, lounge and more, brought joy to the ears of many Japanese people from that generation.

As the bubble deflated, the trend in music changed and have branched out to different types of music and led to the current J-Pop as we know today.

However, the sound was not forgotten and gradually made its comeback to the world as it got adopted by various underground musicians around the world.

This phenomenon was no exception in Korea as well. From indie to the major music scene, people started to seek that nostalgic feeling you get somehow, even though the current generation has never even experienced that era and several renowned artists including Yubin, Baek YeRin, SunMi and more, released ‘City pop’ based singles. 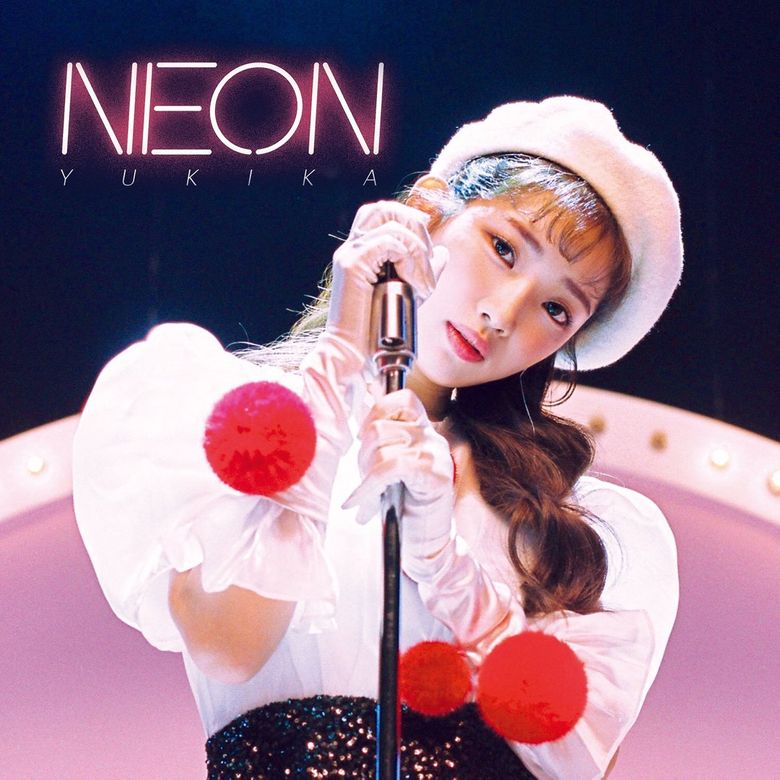 In February 2019, a Japanese singer YUKIKA made her first debut with a song filled with those nostalgic vibes and added another layer of color to the K-Pop industry.

YUKIKA was a voice actor back in Japan, who first came to Korea to be part of ‘Real Girls Project’ and later, participated in the audition program, ‘MIXNINE’. After moving to her current company, ESTIMATE LLC., she became a ‘NEWTRO pop’ singer and currently have released two singles including, “NEON” and “좋아하고 있어요(Cherry Jubiles)”.

Kpopmap sat down with her at the ESTIMATE office located in Gangnam and had the chance to talk about her music, her life as a foreigner artist in Korea and the influences she got to become the artist we know today. 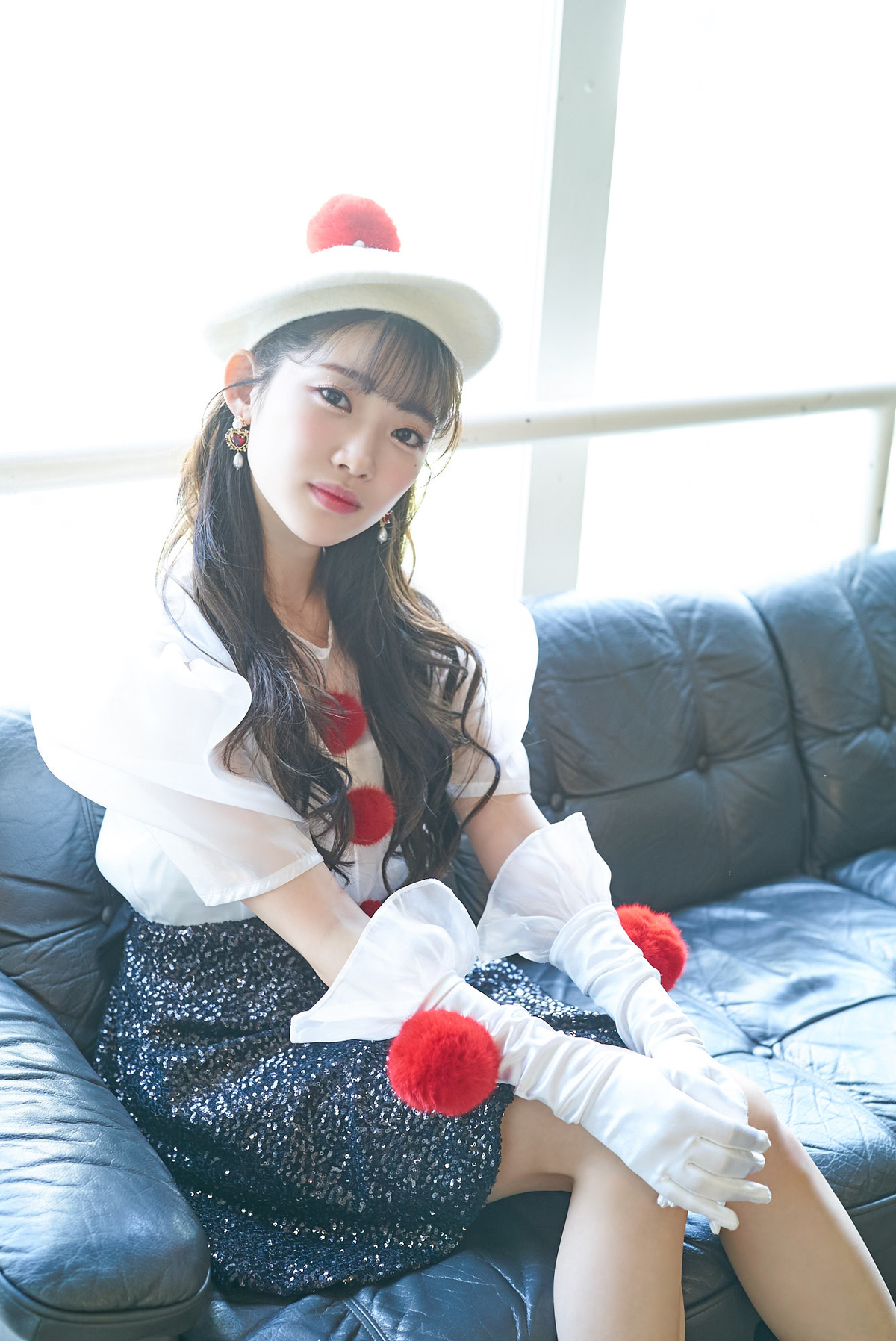 For those who might not be familiar with the genre “NEWTRO pop”, can you tell us what it is?

‘NEWTRO pop’ which is a compound of the word ‘Retro’ and ‘New’, is a combination of ‘City pop’ and ‘K-Pop’.
‘City Pop’ is currently called that way but from my parents’ generation, it was just regular music they enjoyed listening to at that time. Especially, for those who grew up in Korea and Japan would be familiar with this style.
NEWTRO pop adapted that retro sound with modern K-Pop’s trendy sound, along with the colorful, fancy visuals. 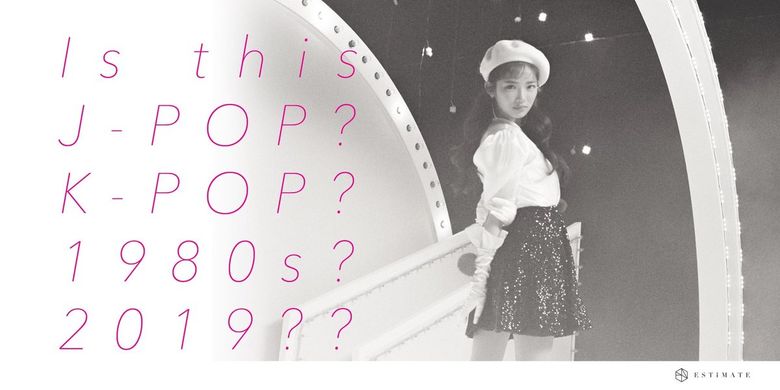 What made you choose this genre?
I guess it has a lot to do with my parents. When I was growing up, my parents would listen to those kinds of music all the time and I was always naturally exposed to it which later made me fall in love with it as well. Also, our CEO is a fan of ‘city pop’ and it was one of his dream projects that he wanted to challenge and that’s how it all started! 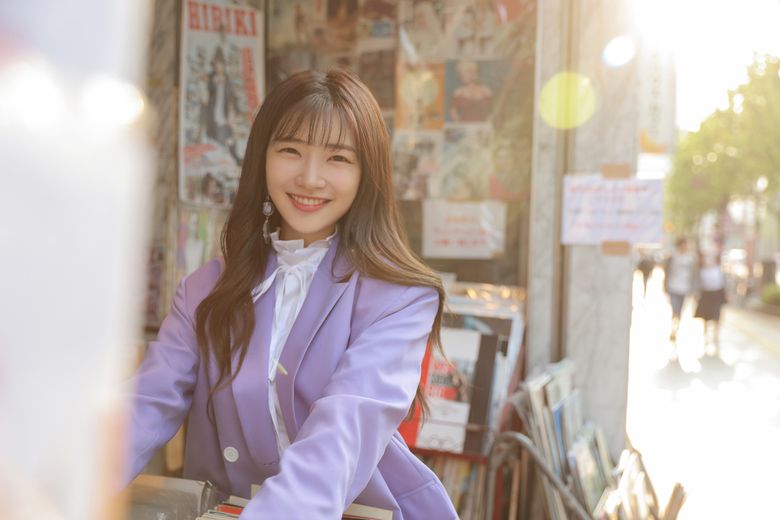 Was there an artist(s) that inspired you when you were preparing for this kind of music?

When I was preparing, I referenced some of the great singers that represents the ‘city pop’ era such as, Takeuchi Mariya, Aran Tomoko. For the song, ‘좋아하고 있어요(Cherry Jubiles)’ we listened a lot to ‘Kim HyunChul’s for music and ‘Kang SooJee’ for visual references. 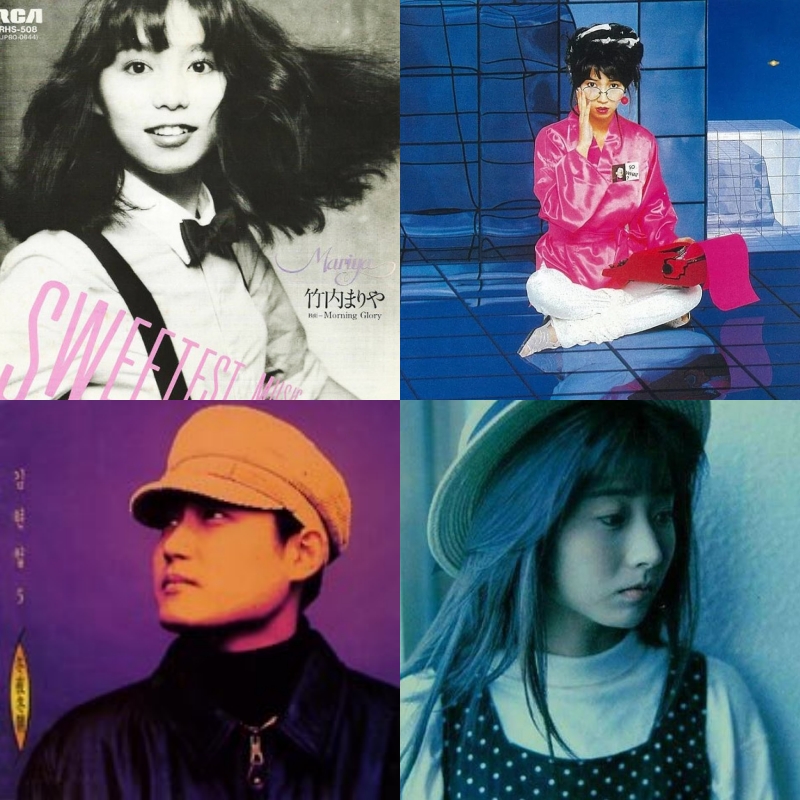 Do you plan on singing NEWTRO pop/City pop? Or do you want to try other styles of music in the future?

I might add other elements to my music and give it a bit of a twist but fundamentally, it will be staying as NEWTRO pop. I want the name YUKIKA to be associated with NEWTRO pop singer. 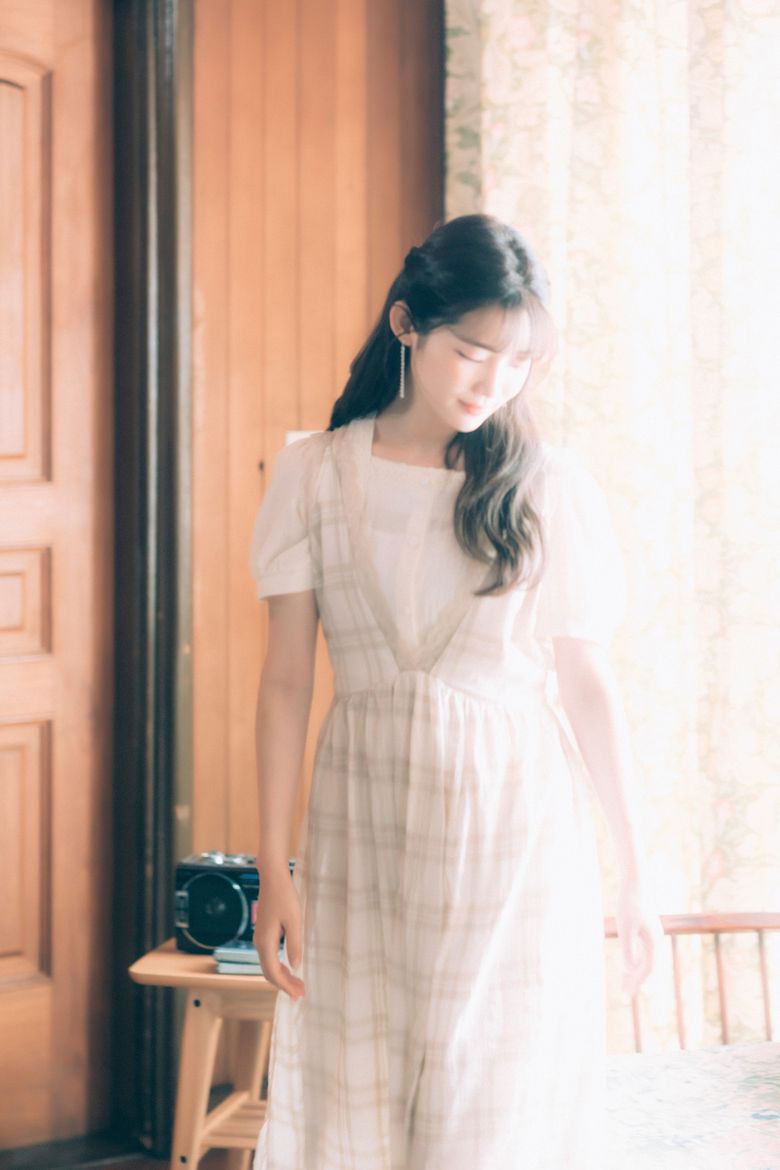 The Japanese music in the 80,90s was deeply inspired by the music from pop music made in the U.S., so I was sure that the global listeners would be familiar with the sound even though they might not know the term itself. I also heard that city pop was booming again in Europe so this could also be the reason why my songs are being loved! Moreover, K-Pop itself is greatly loved by many people all around the world so we thought that combining those two have great potential and maybe could be loved even more from other countries besides Korea and Japan. 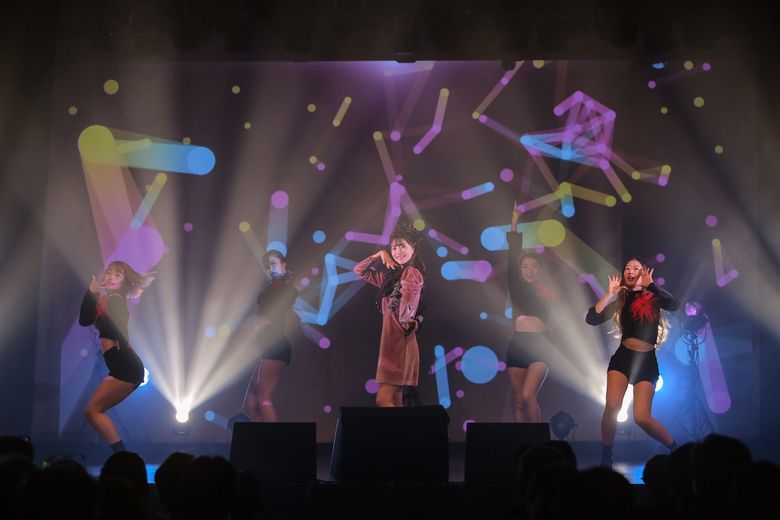 Do you plan on meeting your fans overseas?

We haven’t planned it yet but I can’t wait to meet them! There are so many countries I want to visit such as Taiwan, Singapore, Australia, U.S., it’s hard to name it all! haha

It feels like your Korean has gotten even better since your previous release(which was still amazing), is there a special method you use when studying Korean?

I wouldn’t say special, but what I would do is ask Korean friends to read out a word or a sentence to me and I would focus on the sound they make, how their mouth moves and to a further extent, how their facial muscles move when they talk and read! Everyone has a different style when they talk and trying to study this was a great help for me. 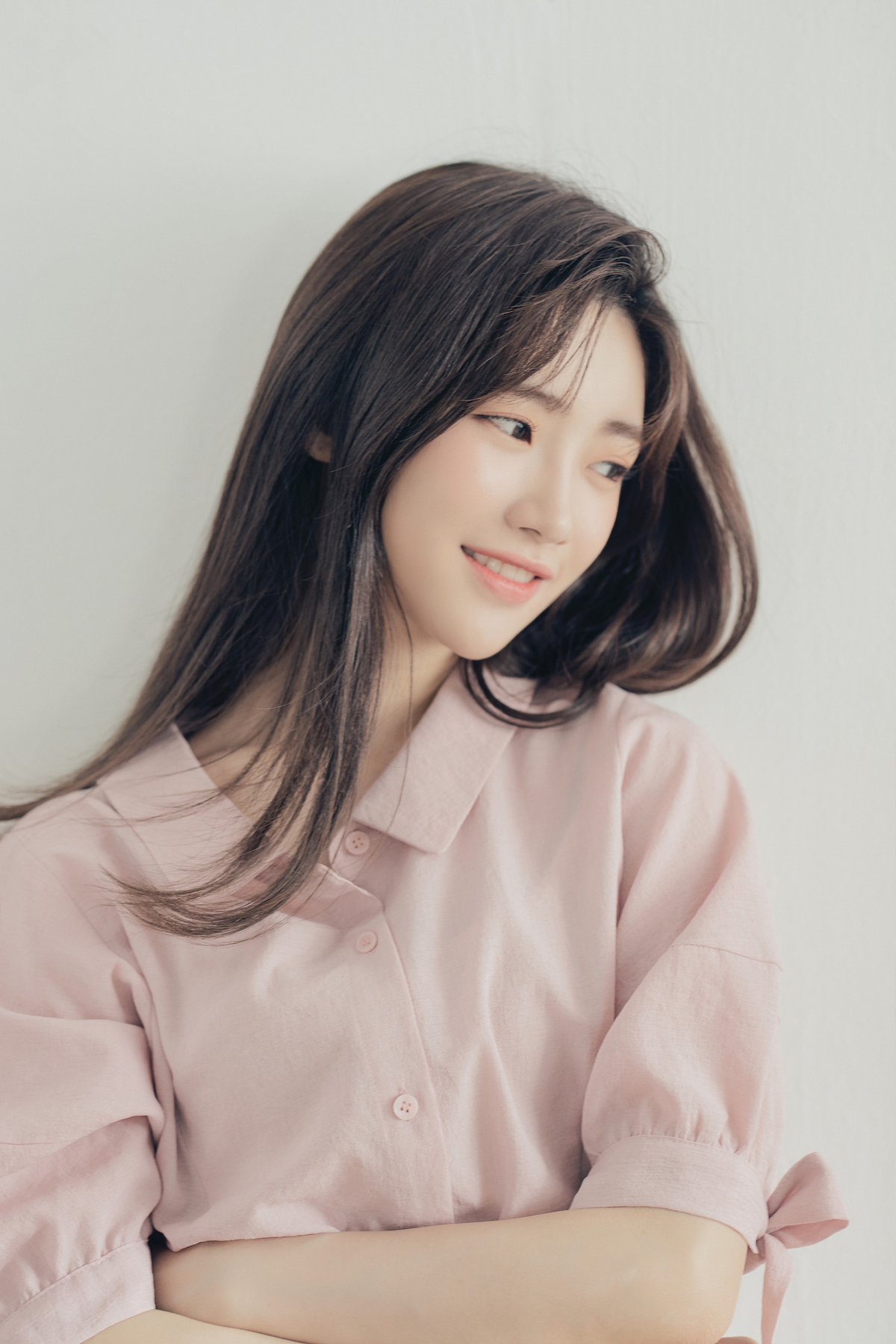 Before your debut, you’ve appeared in RGP(Real Girls Project) and also in MIXNINE. What was the most memorable moment among those numerous stages?

I think every first stage I experienced was memorable in its own way. During RGP, our first mission was to do a busking in Hongdae(Seoul) which was my first time performing in front of the fans and that was such an amazing moment for me and also the first performance I did in front of the judges during MIXNINE was memorable as well. And of course, the moment I first performed ‘NEON’ in “THE SHOW” was something else. 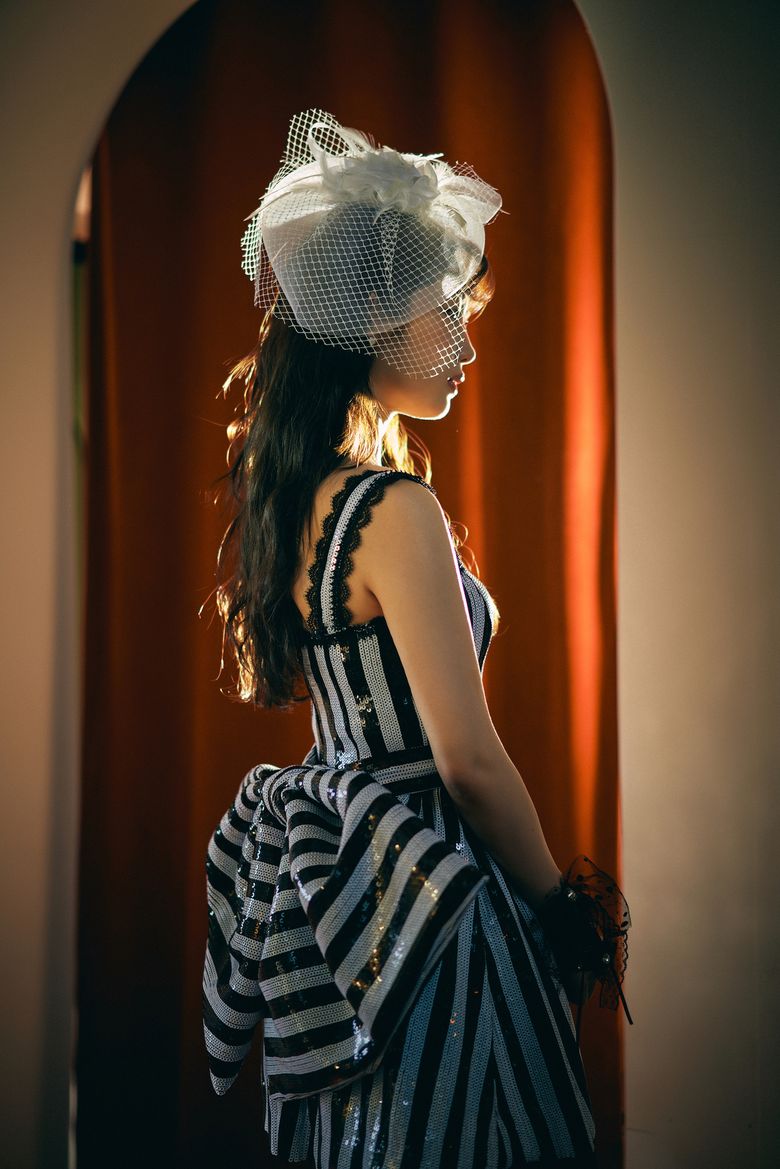 What lessons/skills have you acquired from those experiences?

For me, it was Activeness. I used to be a bit of an introvert and not much of an outgoing person wanting to just focus on RGP. When I first made the decision to be part of RGP, I felt that this could be a great opportunity as a singer but that was it, I didn’t really think about other things. However, as soon as I was involved in the project I realized that I had to change.
Since I haven’t talked much, the amount of time of my appearance on the show started to decline. So the staff from the show and my friends advised me to talk more and express more. I took that advice and soon after, I started to appear more often than I used to!
Musically, I knew that there were many trainees who had great talents and skills as an idol so I focused on finding my own color. At first, every trainee learns the same music-related materials but I thought that everyone comes from a different background with different music tastes which means the true color had to be discovered on your own and this, led to ‘City pop’ for me. Without all those experiences, I don’t think I would be where I am right now.

As a singer YUKIKA, what is your goal right now?

Making into the charts of course!

What is it like to work as a singer in Korea?

There are a lot of Japanese idols in the K-Pop industry now! I heard that there are more language programs for these foreign trainees to support their life in Korea but when I first came, there weren’t a lot, and it was quite challenging at first. However, it was an unforgettable and rewarding moment for me.

Did you experience any cultural difficulties?

I don’t think there were any big differences and since I’m a Korean food lover, adapting life in Korea was somewhat easier! 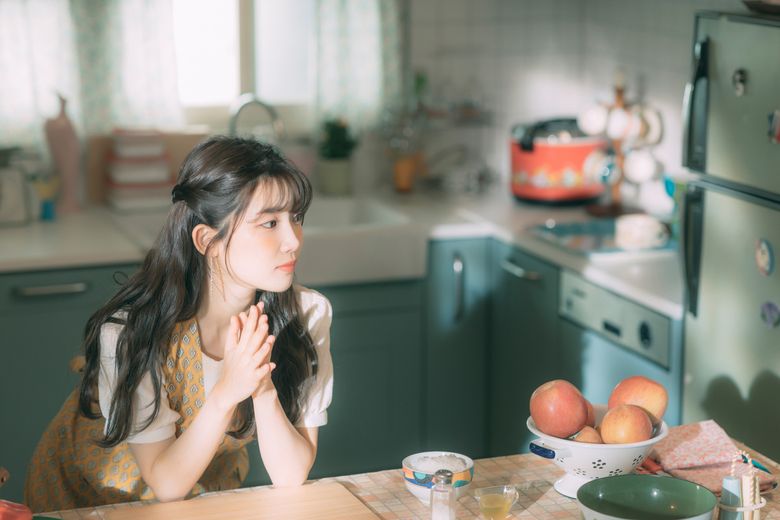 Do you have any advice that you would like to share with global K-Pop trainees and for those who dream of being a K-Pop artist?

I guess the most important one is the proper pronunciation of Korean! If you have a hard time with diction when you sing, it can directly lead to a lesser part for you to sing on stage.
The reason is that there’s a big difference when you sing and when you talk in Korean.
I had that experience in the past, where I thought I was ready and well prepared, but when I stood in front of the mic, everything changed. It sounded very unnatural and awkward which unfortunately led to a lesser part for me to sing. So I highly recommend that foreign trainees would keep this in mind!

Lastly, any words for your fans around the world?

I would like to thank them for loving my music! I’ll try my best to bring you a lot more various NEWTRO pop to the fans and listeners so I hope you love’em!

Read More : From Their First Days As Z-Boys and Z-Girls To The Latest Album “Singing For You” | Exclusive Interview 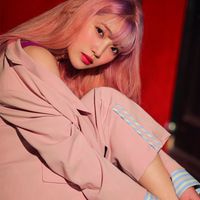 Became a fan of YUKIKA

If one wants a British versions of "City Pop", then Swing Out Sister's "Twilight World", or "Fooled By A Smile" from 1987 are good examples